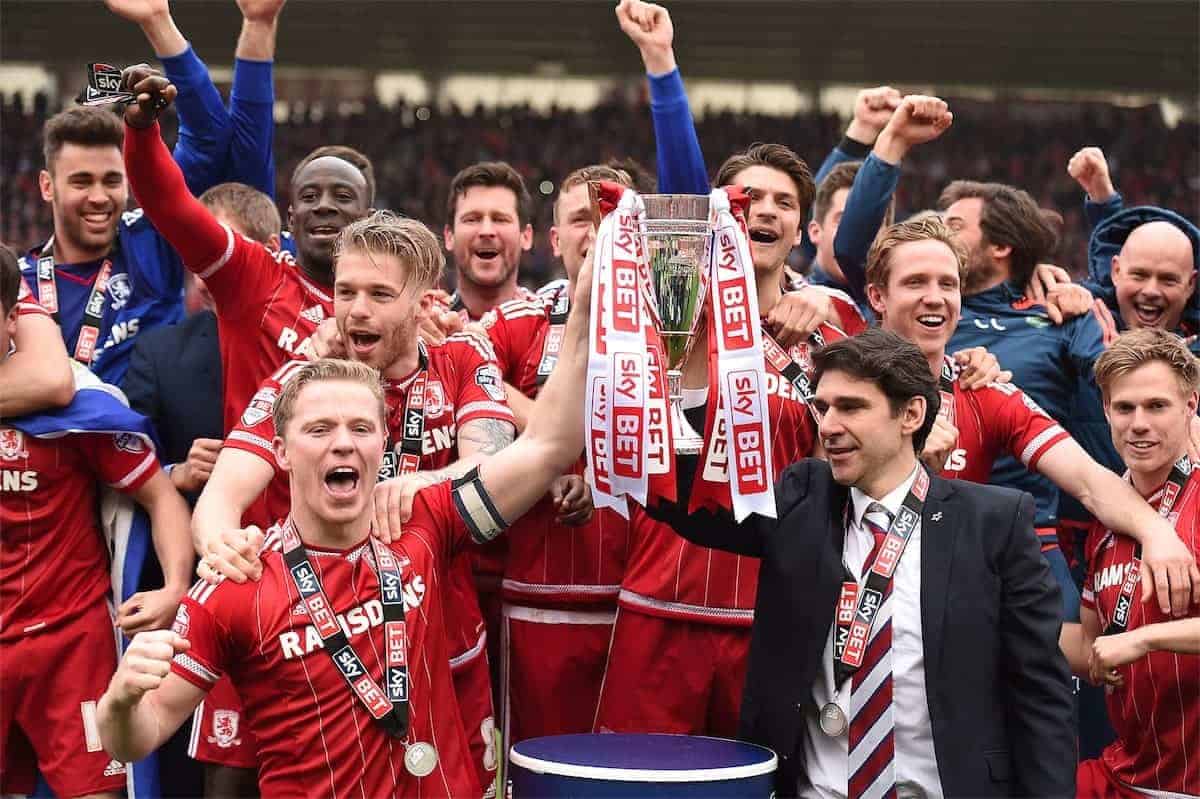 Liverpool will be hopeful of returning to winning ways as they visit Middlesbrough in their midweek clash. Here’s everything you need to know about Aitor Karanka’s men. Middlesbrough are direct, powerful and play a reasonably simple game: get the ball quickly to the wide players, and cross often for the forwards.

They are better in a passing capacity through midfield than that might suggest, but it’s still a cross-heavy approach that Karanka’s side favour.

They average the fourth-most long balls per game in the Premier League, but also fewer shots per game than any other team. In fact, they average just 2.5 shots on target per game.

Karanka sets his team up 4-3-3 for the most part, but the midfield can become a flat five when required, a tough-to-break-down barricade full of strong runners and the odd moment of magic in one-on-one situations on the counter. Alvaro Negredo is strong in the air, Gaston Ramirez can find gaps between defenders and the entire team is aggressive from set pieces.

Most of all, though, is Adama Traore and his incredible capacity to take players on.

The former Barcelona B winger isn’t a guaranteed starter, but whenever he plays he can open the game up for Boro on the counter, take on four or five players at a time if he feels like it and his acceleration is unstoppable by fair means, and often by foul.

He doesn’t have outrageously good end product (yet, he’s only 20 still) but Traore is the real deal.

He’ll make people start to take notice far more often soon, and Liverpool’s full-backs must make sure that doesn’t happen because of what happens on Wednesday. Boro might not score many, but they don’t often concede either. In fact, only Arsenal, Chelsea, Spurs and Southampton have conceded fewer—and Liverpool have let in four more.

Even so, they look vulnerable to passes or low crosses behind the back line, played quickly for forwards to run onto toward the near post, which makes two aspects of Liverpool’s game a necessity: runners beyond the defence, gambling on an early ball, and the full-backs getting high upfield and biding their time to make diagonal runs infield.

They also have Victor Valdes in goal, which means—exactly as it has for the last decade—that low shots, near-post finishes and deliveries to the edge of the six-yard box or slightly further out are the order of the day to up the Reds’ chances of scoring significantly.

The runs from midfield on the counter from Adam Forshaw and Adam Clayton simply must be tracked by Liverpool’s central options. The two Englishmen will battle all day, but will also look to play off Negredo if he plays and make late bursts into the box.

Divock Origi has four in four for Liverpool and this is a key period for the Belgian striker: can he make himself indispensable in a free-flowing team? Or are his direct runs and goals the trade-off to the type of football seen a month or two ago? Ramirez, Negredo and George Friend are all doubts through recent injuries. All are regular starters, all missed the weekend loss to Southampton.