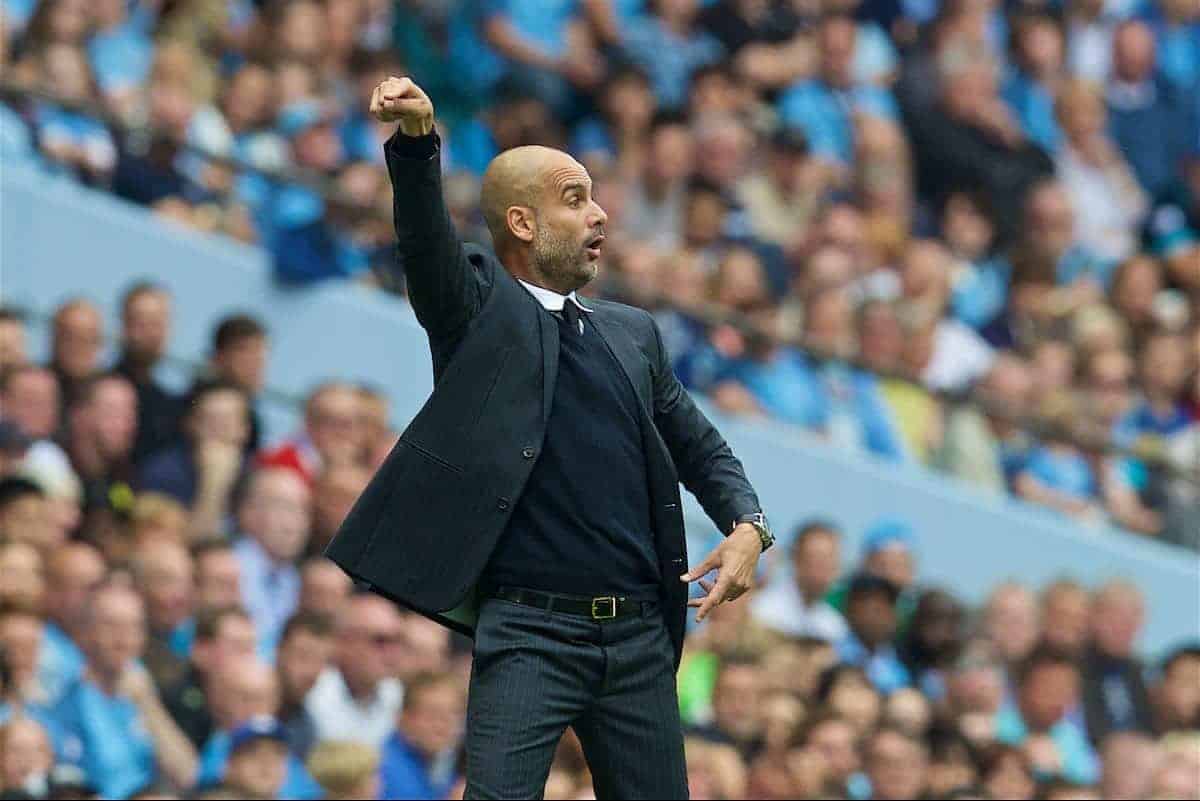 Liverpool are one of Manchester City‘s main rivals for the Premier League title, Pep Guardiola has admitted before their end-of-year clash.

New Year’s Eve brings one of the most important games of the season, as City take to Anfield looking to leapfrog their northwest rivals in the race for the title.

Liverpool are currently second, with a one-point lead over City, though both head into the weekend trailing first-placed Chelsea.

Saturday presents a clash of two old Bundesliga adversaries in Guardiola and Jurgen Klopp, who faced off as managers of Bayern Munich and Borussia Dortmund respectively for three seasons.

Speaking ahead of his side’s trip to Anfield, Guardiola discussed the shape of the title race, stressing that the Reds were clear contenders after a fine start to the season.

“Yes, they are a contender, definitely, it was a good game [against Stoke on Tuesday],” he said.

“I was lucky enough to play against Jurgen Klopp, we know each other well.

“I saw Liverpool this year many times and I was off, my family were not here—thank you Liverpool for the tickets—so I saw the game.

“Six teams are fighting for the title, especially for the next Champions League qualification.

“All the contenders are really tough teams. It will be a good fight until the end of the season.”

Along with Chelsea, Liverpool and City, Arsenal, Tottenham Hotspur and Manchester United could all be vying for the title at the end of the season in May.

This is something Klopp attested to in his press conference on Thursday afternoon, acknowledging a major divide between top, middle and bottom in the table this season.

“When you have a look at the table and see that six clubs fight for fourth or first it’s a really interesting position,” he said.

“Then you have the ‘midfield’ in this moment with Southampton and Everton and then all the rest are fighting to stay in the league.

“That means each game is already kind of a final, we know this.

“But we know on the other hand there are a lot of games to come and you need to be ready for them too.

“[The game is] the only thing we have to do on New Year’s Eve so it’s the most important game I can imagine—against an outstanding strong side.”

But having started the season so strongly, there is no reason to doubt Liverpool’s credentials.