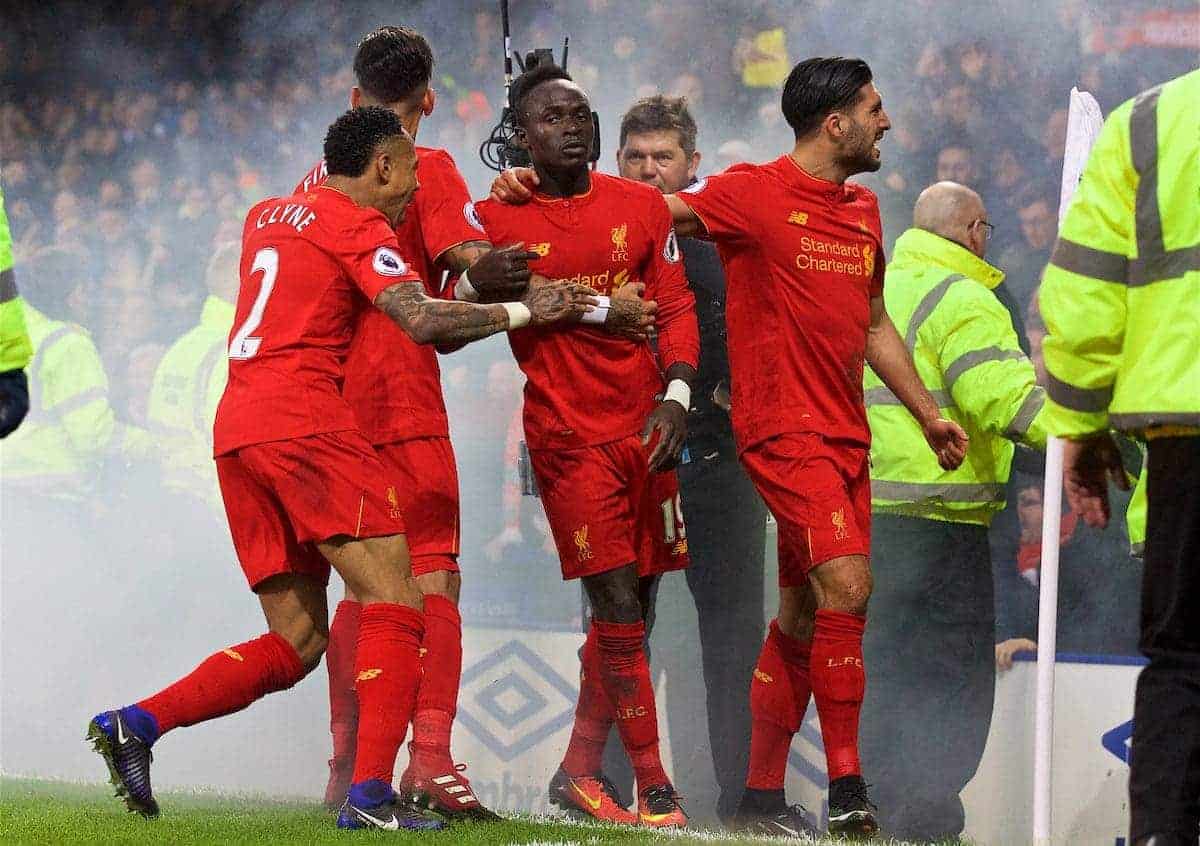 Sadio Mane‘s late winner gave Liverpool a 1-0 win over Everton in the derby and ensured an early Christmas present for the Red half of Mersyside.

The Reds took to Goodison Park for their 227th clash with their city rivals, desperate to keep up the pace at the top end of the Premier League.

With Chelsea securing their 11th straight victory on Saturday afternoon, Liverpool needed to take a victory back with them as they made the short trip across Stanley Park. Klopp made no changes to the side that won 3-0 away to Middlesbrough last time out, meaning he kept faith with Simon Mignolet between the sticks, omitting Loris Karius.

Dejan Lovren served as defensive lieutenant ahead the Belgian, and joined by Ragnar Klavan in the absence of Joel Matip, had to steel himself for a tough physical battle. This was the case all over the field, with Everton looking to rattle the visitors with a fierce, high-tempo start. Roberto Firmino struggled in his role on the left of Klopp’s three-man attacking line, with the Brazilian tasked with filling in for his injured compatriot, Philippe Coutinho.

Divock Origi toiled away in Firmino’s place as Liverpool’s centre-forward, but snatched at a series of chances. With the game balanced, Mike Dean blew for half-time with the scores settled at a disappointing 0-0. Tensions flared early on in the second half as Ross Barkley slid in with a vicious challenge on Jordan Henderson, with Lovren getting embroiled in an argument with Romelu Lukaku.

Barkley somehow avoided a red card, though Koeman was adamant after the game that Lovren should have been given a second yellow for his involvement.

Klopp sent on both Emre Can and Daniel Sturridge with the game entering its final 10 minutes, though Dean would go on to add on another eight for stoppages.

It was Sturridge’s intervention that crafted Liverpool’s goal, with Mane following up on the striker’s rebounded effort to tap home from close range and seal the three points.

This sent the travelling Kop into raptures, as Liverpool recorded their first 1-0 victory of 2016. There were more celebrations at full-time, with Klopp and his players now set for their Christmas party on Tuesday, after reducing the gap between them and Chelsea to six points.