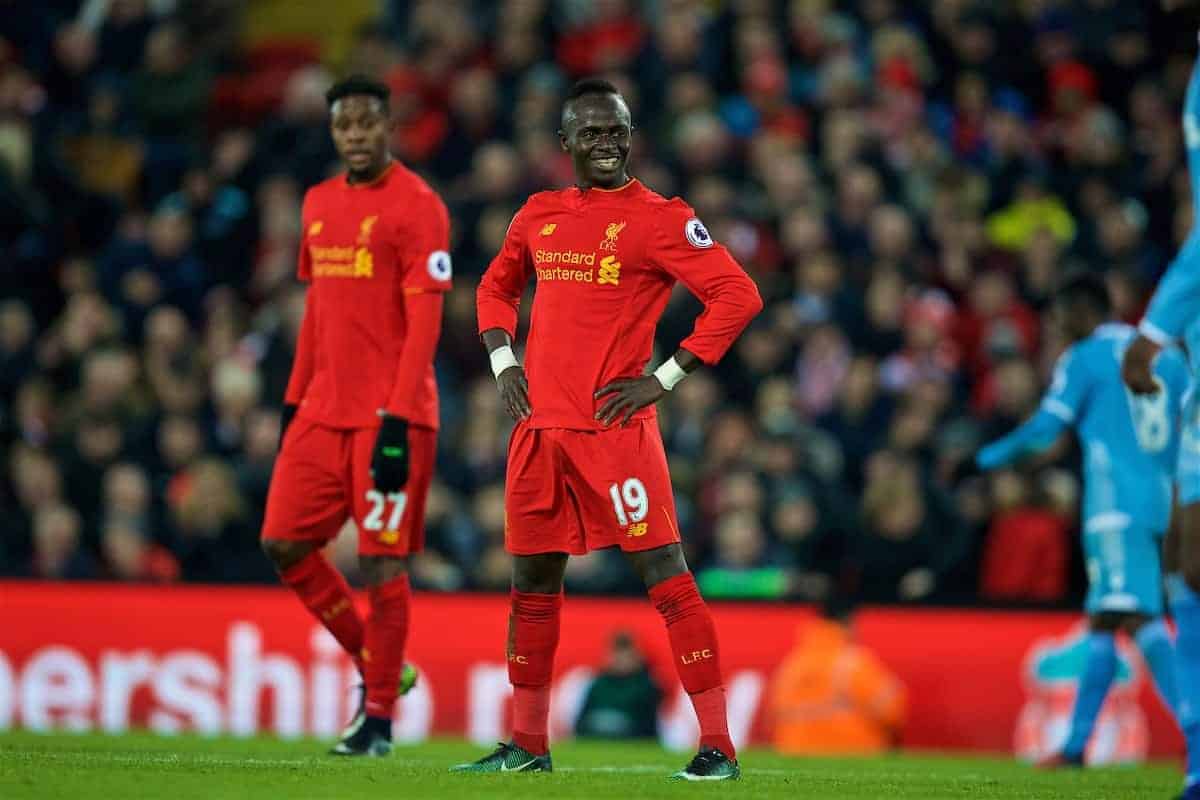 Putting Jonathan Walters’ early opener behind them, Liverpool came back to beat Stoke City 4-1 at Anfield on Tuesday evening.

Taking to the field for the first time after Christmas, the Reds looked to continue their push for the Premier League title with a victory over mid-table Stoke.

Jurgen Klopp‘s opposite number, Mark Hughes, presented a formidable challenge with his starting lineup, however, including three former Reds, with Joe Allen among those taking his place for the Potters. While Liverpool showed signs of quality, they endured a hit-and-miss start on Merseyside, with Stoke’s physical approach hampering their momentum.

Walters, who has so often proved a thorn in the Reds’ side over the years, continued this run with the opener on 13 minutes, heading past Simon Mignolet following some lax defending. Roberto Firmino, included despite his arrest for drink-driving on Christmas Eve, was among those to test Stoke goalkeeper Lee Grant, but the Reds continued to struggle in the final third. But Divock Origi served as an invaluable pivot as Klopp’s No. 9, and the Belgian soon inspired a comeback. With his back to goal, Origi took possession and played Sadio Mane through with a perfectly weighted pass, with the winger providing the assist for Adam Lallana‘s leveller on 35 minutes. Lifted by Lallana’s goal, Liverpool were soon in front, with Firmino driving the ball past Grant via both posts to make it 2-1. This sparked the Reds into life, with Stoke shrinking amid jubilant celebrations at Anfield. Some more great play from Origi set up Liverpool’s third, with the striker’s low cross diverted into the goal by Stoke midfielder Giannelli Imbula.

The 21-year-old then made for Daniel Sturridge, who took advantage of Ryan Shawcross’ waylaid backpass to score the last of the night—and his first in the Premier League this season. This victory sees Liverpool keep up with the likes of Chelsea and Manchester City in the title race, with their next clash coming at home to the latter on New Year’s Eve.