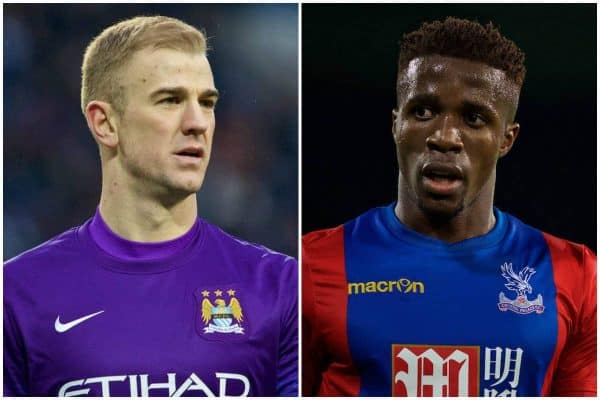 With column inches needing to be filled, there have been some tenuous reports linking Liverpool with moves in the January transfer window.

Isn’t it a joy not having to hear constant transfer speculation once September arrives?

Having had a few months to focus solely on Liverpool doing brilliant things on the pitch, the start of the January transfer window is now just over a week away.

The endless flow of stories have already begun, whether it be concerning the Reds, their rivals or some of the European giants, but the amount that are true is minimal.

A couple of Liverpool-related rumours have come from nowhere in the last few days—how much you believe them is up to you, ultimately.

Given the respective criticism of both Simon Mignolet and Loris Karius this season, it is not necessarily a surprise to see Liverpool linked with a new goalkeeper ahead of next season.

Jurgen Klopp has made it abundantly clear that he is happy with his current stoppers, although that may change come the summer.

Mignolet is doing his best to change his manager’s opinion of him, having kept successive clean sheets since replacing the under-fire Karius.

One thing that is for sure is that Joe Hart will not be joining the Reds at any point, contrary to what the Mirror‘s John Cross reported on Thursday.

Cross has a history of getting stories horribly wrong—he famously said Arsenal were definitely signing Luis Suarez back in 2013—and this one should be no different.

Not only does Hart’s old-school goalkeeping style not suit Klopp’s modern ideology, he is also just not particularly good.

He flattered to deceive during his Man City career, producing both good and bad moments, but Pep Guardiola immediately shipped him off to Torino upon his arrival.

While Hart is not yet 30—still relatively young for a goalkeeper—it seems likely that his best days are now behind him.

Don’t read anything into this, and realise that Cross has had a bit of time to kill between Premier League fixtures.

Much has been made of the fact that Sadio Mane will be heading off to the Africa Cup of Nations next month, with reinforcements in his wide role called for.

The Senegalese speedster has been a revelation since joining from Southampton for £30 million, and is Liverpool’s top scorer this season, with eight goals.

What doesn’t make sense, therefore, is that Crystal Palace wide man Wilfried Zaha has been tipped by Football Whispers to join the Reds in January.

Why doesn’t that make sense, we hear you ask? Because Zaha could also be at AFCON with Ivory Coast, having switched his allegiance to them from England.

So Liverpool would effectively be signing a player to fill the void left by Mane, despite not being around to fill it. Solid.

Klopp has made a point of saying that any new signing will not be a short-term stopgap, but this would still be a slightly odd move.

The main reason for this is because the former Man United man is just not good enough to move to a club challenging for the Premier League title.

Admittedly, Zaha’s form this season has been much-improved, and he is very gifted, but he is an erratic footballer whose attitude has often been questioned in the past.

It would be a surprise if Klopp didn’t bring in an extra attacking player next month—the Times‘ Paul Joyce has claimed the Liverpool manager is interested in Julian Draxler—but it surely won’t be Zaha.