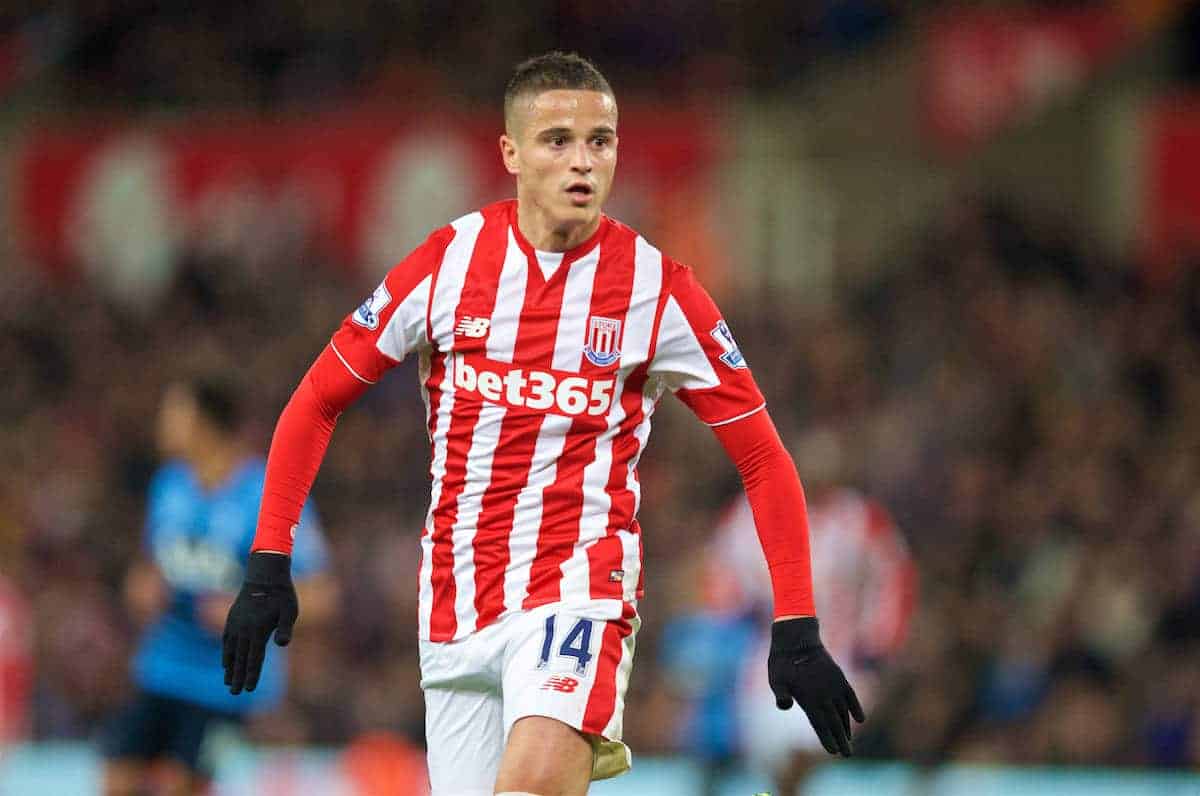 Stoke City midfielder Ibrahim Afellay is back in contention for the Potters’ clash with Liverpool, but Mark Hughes has other injury concerns.

Stoke travel to Anfield on December 27, to take on a Reds side boosted by two consecutive victories over Middlesbrough and Everton.

Hughes’ Potters are currently 11th in the Premier League, and haven’t won in their last three games, having lost to Arsenal and drawn with Southampton and Leicester City.

Heading into Tuesday evening’s clash, Hughes will be lifted by the return of former Barcelona man Afellay, as the Welshman told reporters on Thursday morning.

“Ibi played last week and came through the game strongly, so he is now back in the squad and available for selection,” he said.

“I am delighted he has come back as strongly as he has because he suffered a really bad injury.

“He looks like the old Afellay which is tremendous because usually when players come back they are a little apprehensive.”

Afellay scored three and assisted three in 36 games for Stoke last season, but is yet to feature for the first team in 2016/17 after suffering a knee injury in April.

If he makes his comeback at Anfield, he will mark his seventh appearance against Liverpool, though he is yet to taste victory against the Reds, for either PSV Eindhoven or Stoke.

While Stephen Ireland’s broken leg is far from a major disappointment for Hughes, given his peripheral status, the absences of Jack Butland (ankle), Phil Bardsley (knee) and Geoff Cameron (knee) are.

Marko Arnautovic is also unavailable, after the winger was sent off against Southampton.

After another setback, Butland is not set to return until March, which will see the England international’s spell on the sidelines extended to a year.

Meanwhile, right-back Bardsley and midfielder Cameron will be big losses for Hughes on Merseyside.

Liverpool are not without injury problems of their own, of course, with Joel Matip (ankle), Marko Grujic (tendon) and Philippe Coutinho (ankle) all doubts against Stoke.

Danny Ings (knee) is Klopp’s only long-term absentee, however, with Grujic and Coutinho both returning to light training at the beginning of the week.

Matip’s ankle issue is a concern for the Reds, with this latest recurrence the third of the season so far, after surgery over the summer, but he is likely to return before the end of 2016.