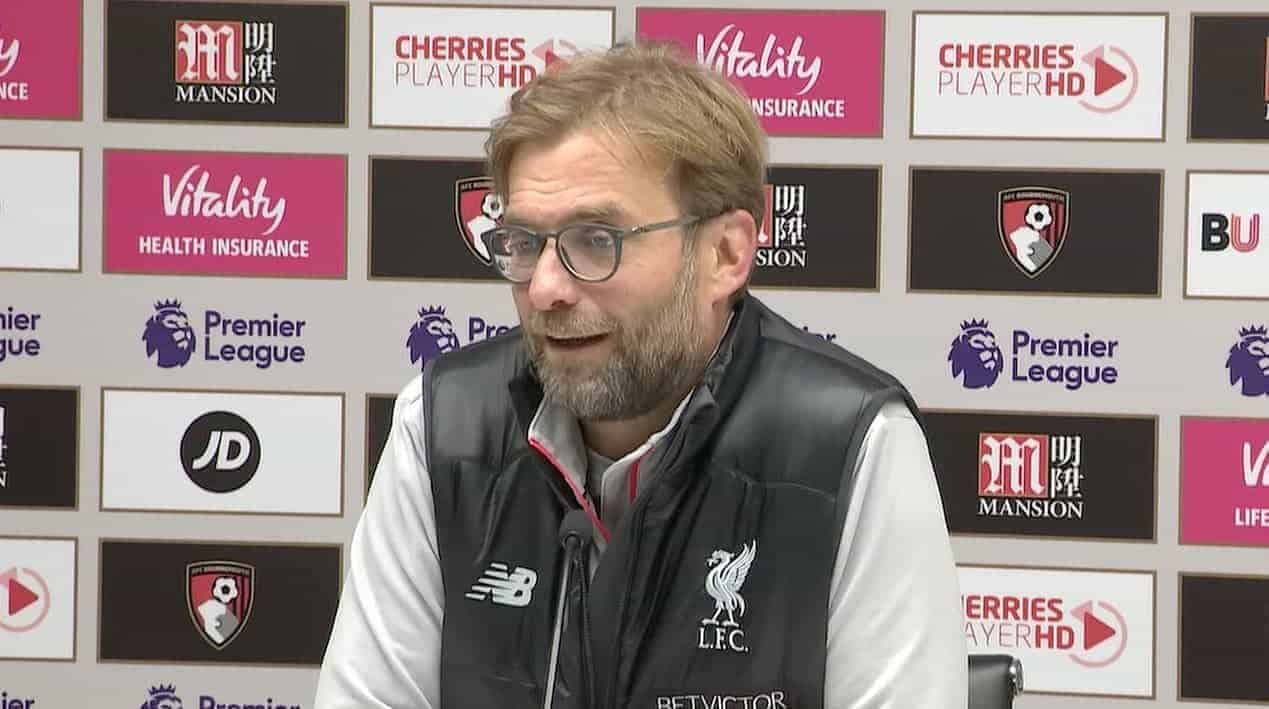 Liverpool manager Jurgen Klopp addressed the media at Dean Court on Sunday afternoon, following his side’s 4-3 collapse away to Bournemouth.

Goals from Sadio Mane, Divock Origi and Emre Can didn’t prove enough for the Reds, with a brittle defensive display allowing Eddie Howe’s side to claw back for an unlikely victory.

Klopp was decidedly calm despite the manner of his side’s defeat, defending their performance and, following a late error from the goalkeeper, particularly that of Loris Karius.

“I’m not angry. I was angry a few times in the game, when I still had influence. We didn’t want to do the wrong thing,” he argued.

“You have to keep momentum. I tried to help, but now it’s happened I can’t change it.

“Maybe it shows something, but when you lose there are good things. We have no attitude problem. No one is born a winner, you have to learn it.”

Karius came under considerable criticism from Sky Sports’ Jamie Carragher after the German spilled a shot into the path of Nathan Ake to gift Bournemouth the winner in stoppage time.

But Klopp kept up his backing of the 23-year-old, saying “I’m sure somebody has criticised Jamie Carragher in his career.”

“The last goal was not a lucky situation for goalkeeper,” he added. “Loris would have made a really decent save, this says nothing about him.”

This loss saw the Reds’ unbeaten run end after 15 games, with their next opportunity to recapture their form coming at home to West Ham United on December 11.