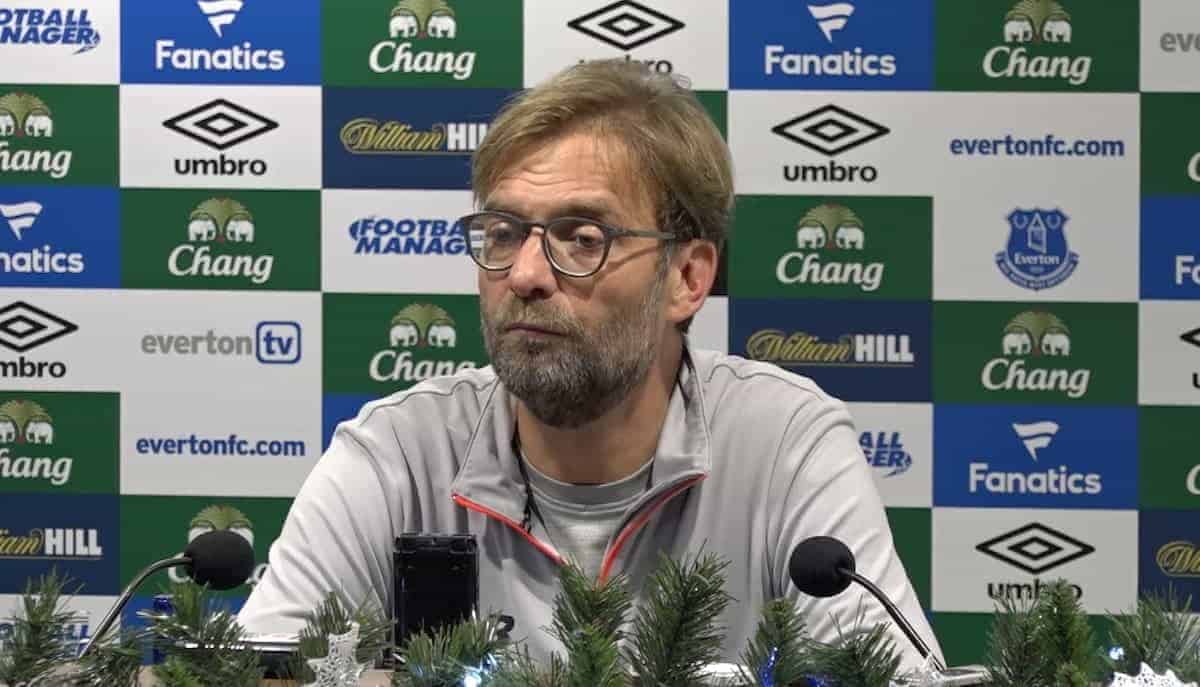 Watch Jurgen Klopp speak to the media after Monday’s dramatic late win over Everton in the Merseyside derby at Goodison Park.

Sadio Mane‘s goal in the fourth minute of stoppage time gave the Reds the pre-Christmas celebrations, with the Senegal forward finishing from close range for his eighth goal of the season.

Mane’s goal sparked wild celebrations in the away end at Goodison. “It was great, intense, how a derby should be,” said Klopp. “Not the best football in the world, but take it like it is. Second half, we took it.”

Klopp was pleased with his side’s ability to cope with Everton‘s early tactics but admitted “We didn’t play simple and quick enough first half.” Adding though that it is “very important that you don’t give chances away, and we didn’t.”

Overall, Klopp felt it was deserved three points: “We were the better team. If you talk about ‘deserved’ win, it would have been LFC. I was never in doubt about character.”

On Ross Barkley’s challenge on Jordan Henderson, Klopp said: “I think Ross is lucky and I think Jordan is lucky that nothing else happened.”