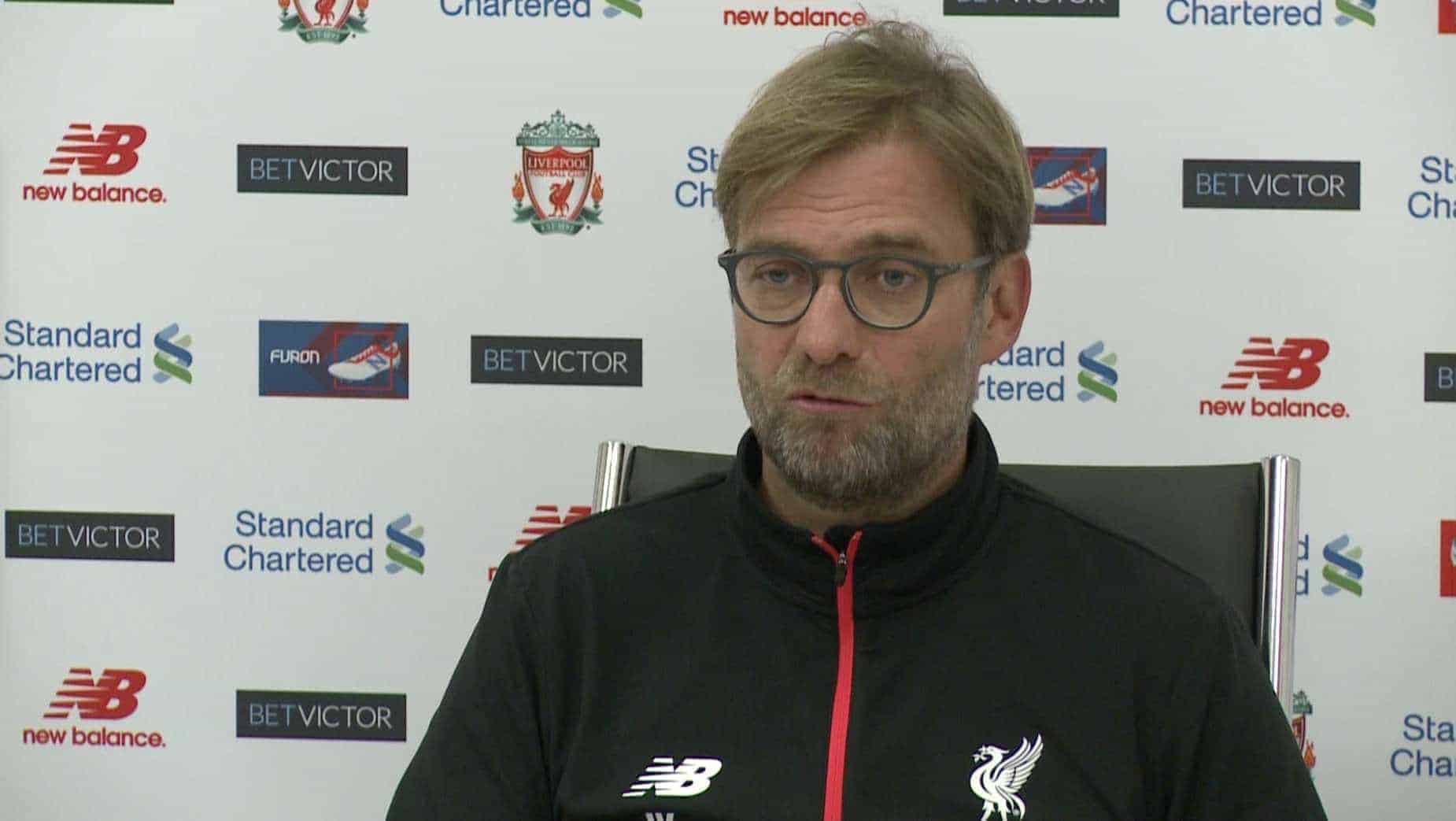 Jurgen Klopp spoke to reporters at Melwood on Monday afternoon, to preview Liverpool’s Premier League clash away to Middlesbrough.

The Reds travel to Riverside for a Wednesday evening kickoff, looking to address their recent run of poor form.

Sunday’s 2-2 draw with West Ham United came after a 4-3 defeat away to Bournemouth, with Liverpool slipping away from title rivals Chelsea and Arsenal as a result.

However, speaking ahead of the trip to Teesside, Klopp insisted that “it makes no sense that you count the points between you and other teams at this time in the season.”

The German also discussed the form of goalkeeper Loris Karius, fending off criticism from the likes of Jamie Carragher and Gary Neville, and underlining his backing of the Reds’ No. 1.

Furthermore, Klopp admitted there was a possibility of Liverpool utilising the January window, but lamented that “the winter transfer market is the most difficult one.”

“If this situation stays like this it’s clear we have open eyes on everything.”

There were also injury updates on Emre Can, Marko Grujic and Dejan Lovren, with Klopp remaining hopeful of their swift recovery, though doubtful over their inclusion against Middlesbrough.

“The role he played was like a central midfielder, or a No. 8,” he explained.

“Now we have too many players in the first line, it’s of course a little bit risky. We know what we have to work on.”