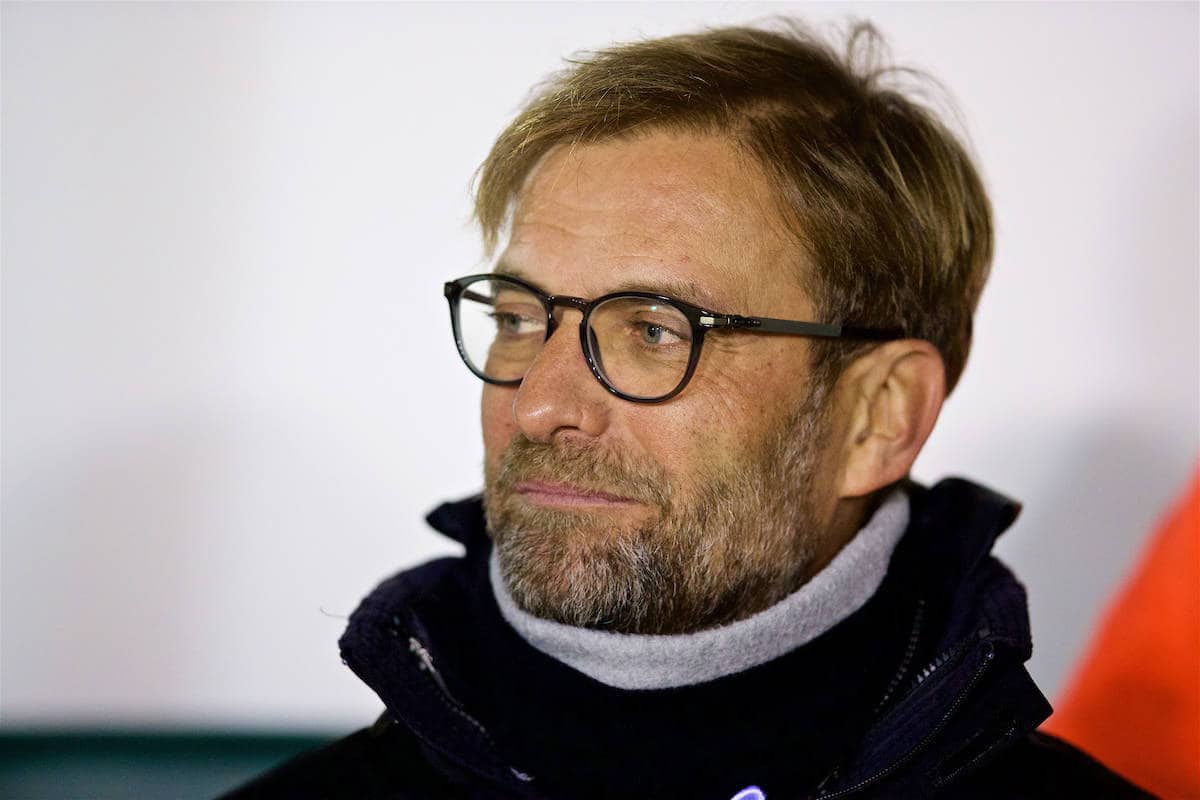 Victory at Plymouth on Wednesday was the Reds’ win first since the turn of the year, having drawn with Sunderland, Argyle and Man United, as well as losing to Southampton.

After an excellent first half of of the season, Jurgen Klopp‘s side have suffered their first major dip in form.

But the German will be hoping securing passage to the fourth round of the FA Cup will prompt an upturn in fortunes, with four games still left to play before the end of January.

Next up is a clash with Swansea City (12.30pm Saturday 21st) in the Premier League, before the second leg of their League Cup semi-final against Southampton (Wednesday 25th).

Then Wolves (12.30pm, Saturday 28th) will travel to Anfield for a return to FA Cup action, with league leaders Chelsea (Tuesday 31st) rounding off the month in a blockbuster encounter.

Crucially, each of these games come at home, putting the onus on Liverpool to take four wins from four.

Doing so could prove the difference between the Reds enjoying a successful second half to the campaign and falling miserably, undoing all the good work of 2016.

Ahead of the weekend, Liverpool sit third in the Premier League table, seven points behind Chelsea and level with second-placed Tottenham Hotspur.

But victory over both Swansea and the Blues would see the Reds restore their title hopes, closing the gap between them and Antonio Conte’s in-form leaders.

Similarly, while the Reds are currently a goal behind on aggregate in the League Cup semi-final, taking on Southampton at Anfield provides the perfect opportunity to overturn this and push for their second final in the tournament in two years.

By comparison, Wolves present a meagre challenge on paper, but as two clashes with League Two side Argyle have proved, this is unlikely to be the case in the FA Cup.

But Liverpool have not lost at home since January 26th last year, with Klopp ensuring a return to fortress Anfield.

With four hugely important games coming up over a 10-day period, Liverpool are primed for a must-see January run, and one that could prove genuinely pivotal come May.