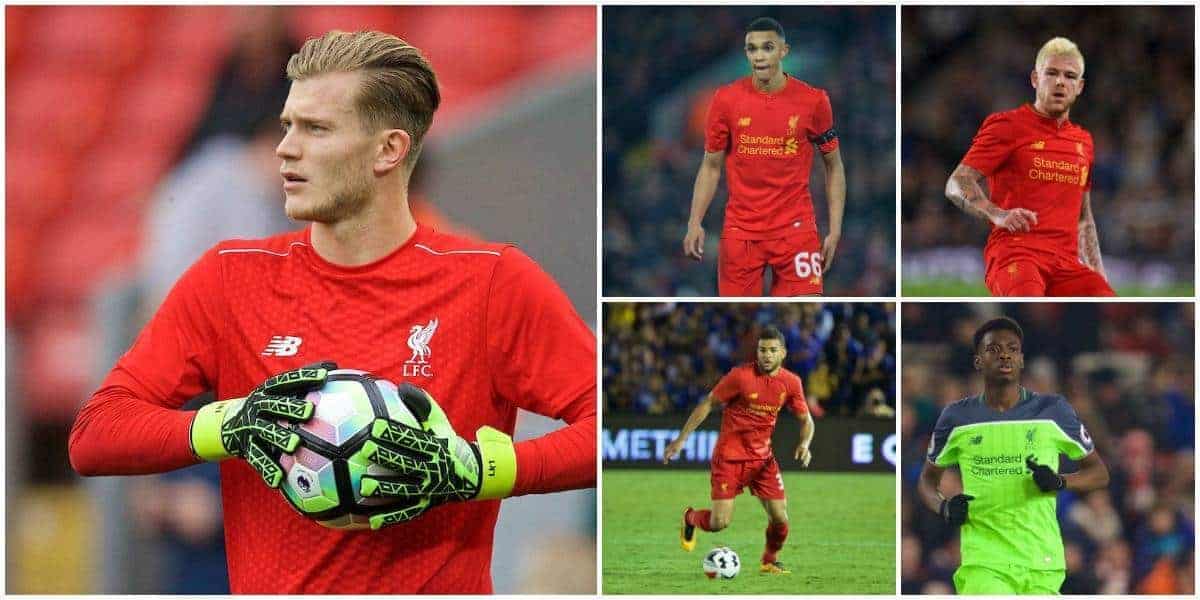 Jurgen Klopp is expected to ring the changes for Liverpool’s FA Cup third round tie with Plymouth Argyle, with several fringe players set to be given a chance.

The Reds welcome the Pilgrims to Anfield on Sunday afternoon, as they start their quest for a first FA Cup title since 2006.

It has been a relentless festive schedule for Klopp’s side, and with January equally busy across three competitions, the German will see this game as an opportunity to rest key men.

Numerous squad players will be chomping at the bit to prove their worth this weekend, whether that be youngsters or those who have found themselves relegated to the substitutes’ bench.

Here are five Liverpool players we believe should take to the field against Plymouth. It hasn’t been a happy start to life at Liverpool for Loris Karius, and Klopp’s decision to take him out of the firing line was a sensible one.

The 23-year-old has failed to convince in a number of his 11 appearances to date, and particularly shaky showings against Bournemouth and West Ham were the final straw.

Karius is undoubtedly a talented young goalkeeper, however, and as time passes, the hope is that he adjusts to life in England and becomes a top class addition.

Sunday’s game provides Klopp with an excellent opportunity to give Simon Mignolet a day off, and throw Karius into a less pressurised situation.

At some point, Nathaniel Clyne is going to need a rest.

Liverpool’s first-choice right-back is a machine when it comes to fitness, but Klopp cannot afford to overplay him and risk injury or burnout.

In Trent Alexander-Arnold, he has a very able deputy at his disposal, with the Reds’ prized teenage asset a footballer of enormous potential.

The 18-year-old has impressed every time he has been called upon this season, playing with maturity and quality beyond his years. His assist for Divock Origi, in the League Cup quarter-final win against Leeds United, was a high point.

Of all the changes Klopp could make on Sunday, this one arguably makes the most sense.

Clyne will be able to put his feet up and recharge his batteries, while Alexander-Arnold can continue to gain some invaluable first-team experience.

The 31-year-old has got through so much work at left-back this season, and the fact that he was removed at half-time against Sunderland with a calf problem suggests he shouldn’t be risked.

In his place should come Alberto Moreno – a player still trying his utmost to win over those who haven’t forgiven him for some poor performances in 2016.

The 24-year-old has deserved some of the criticism that has come his way, but he has also put in some solid displays since, and is definitely someone worth persevering with.

The pace and link-up play that he offers gives Liverpool more natural width down the left flank, and Plymouth could find it hard to cope with him.

Klopp is thought to be a keen admirer of Stewart, with the Liverpool boss impressed by his development and attitude during the last year or so.

It was a surprise to see him not given a chance against Sunderland, considering how soon after the Man City game it was, but Sunday will surely see him start.

Jordan Henderson is definitely out of the game with a heel problem, and given the calibre of opponent, Stewart should slot straight into his role without much fuss.

The former Tottenham man keeps things very simple in the middle of the park, but he brings a calming presence that can often be underrated.

Stewart has to show that he should now be the undisputed second-choice to Henderson in the deep-lying role – Sunday is the perfect opportunity to prove it.

With Alexander-Arnold and Ben Woodburn enjoying meteoric rises, and Joe Gomez‘s return from injury filling plenty of column inches – Gomez is another who could start on Sunday – Ovie Ejaria has almost gone under the radar this season.

The silky midfielder has looked a classy figure in midfielder whenever he has played, however, with his physical stature and class on the ball standing out.

Georginio Wijnaldum could definitely do with a breather against Plymouth, and Ejaria is more than capable of filling the void left by the Dutchman.

With either Emre Can or Adam Lallana likely to start, the 19-year-old will have an older head alongside him, and he could play a starring role against Liverpool’s League 2 opponents.