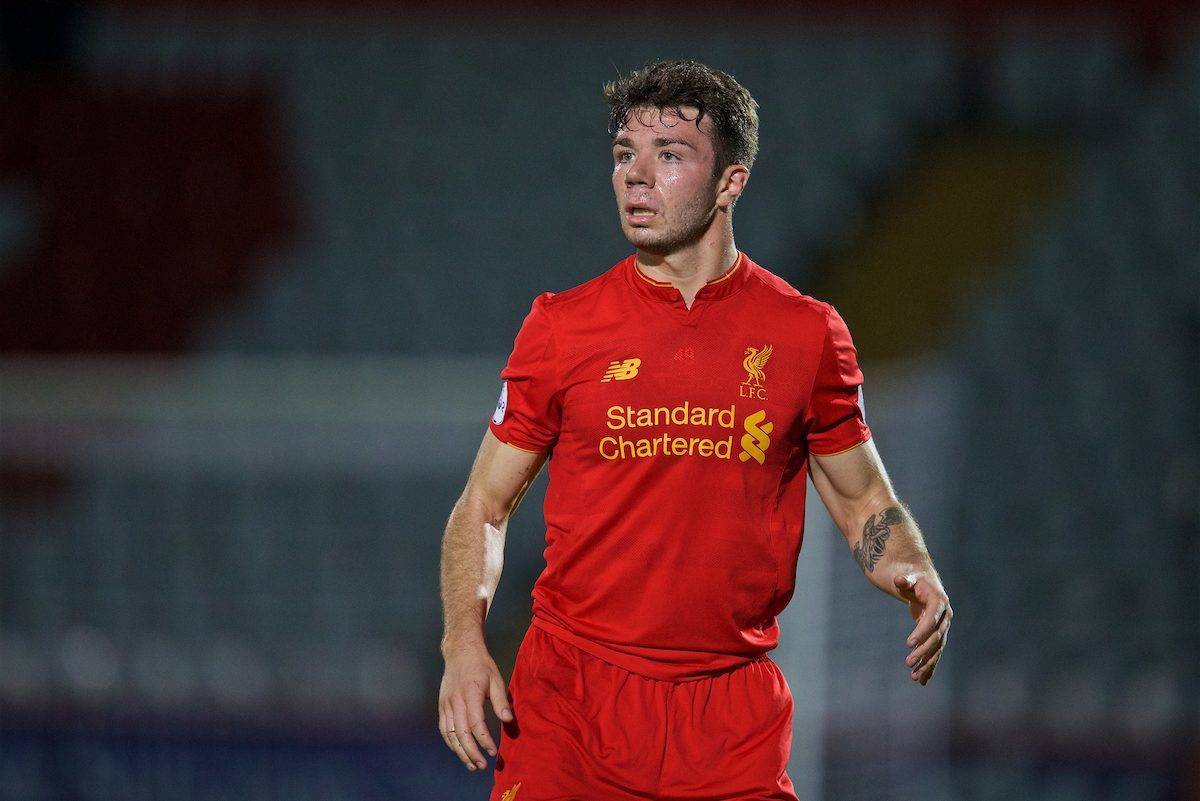 Liverpool Under-23s full-back Joe Maguire has left the club, joining League One side Fleetwood Town on a permanent transfer.

The 20-year-old had been in and out of the U23s’ lineup this season, with the likes of Juanma, Corey Whelan and Trent Alexander-Arnold preferred at full-back.

Expected to depart on loan this January, Maguire has instead sealed a permanent deal with the Lancashire outfit, who are managed by former Wigan Athletic and Leeds United manager Uwe Rosler.

Though primarily a left-back, Maguire can also operate at right-back and centre-back, and made one appearance for the Liverpool first team.

This came as a late substitute in last season’s 2-2 draw with Exeter City in the third round of the FA Cup, but with no sign of another opportunity forthcoming, this move is a sensible one.

“I’ve not been at another club since Liverpool for 13 years but I’ve seen the routine here and the ambition of the club, and I’m just delighted to get involved,” he said on signing with Fleetwood.

“How the ambition of the club is and the manager that’s involved that made me want to obviously come here and get involved.

“They want to go somewhere; I think there’s a lot of clubs that obviously aren’t in the same position that were interested.

“But I’d say this club definitely knows where they want to be and I’m excited and I want to hopefully help them get promotion this season.” Maguire had captained the U23s in the past, and remains a player with considerable potential for the level he is set to play at.

But with Juanma and Alexander-Arnold ahead of him on Merseyside in particular, he was unlikely to foster a long-term future with Liverpool.

Now on to the next chapter, I’m extremely excited about the challenge at @ftfc I can guarantee fans that I will give my all. (2/2)

His departure may have prompted Klopp’s move to recall Sam Hart from his loan spell with Port Vale, with the 20-year-old returning to Anfield midway through his season-long deal.

Maguire becomes the second player to leave the club this month, following Pedro Chirivella‘s loan move to Go Ahead Eagles, while Tiago Ilori’s transfer to Reading is set to be announced soon.