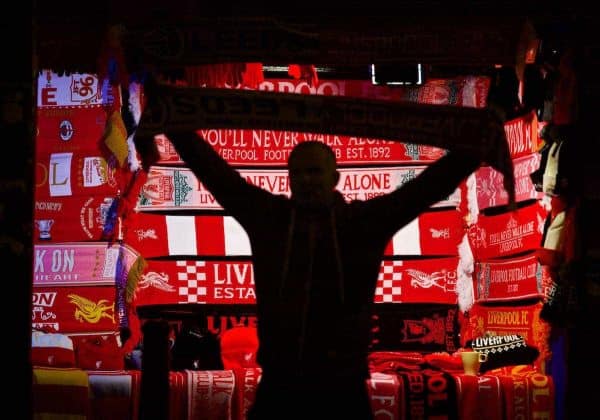 The Reds have faced Plymouth Argyle a total of 10 times in their history, but this Sunday’s encounter will be the first in cup competition.

The last time the teams met was a second division match in 1962 at Home Park. Shankly’s Reds triumphed 2-3 that day, with goals from Alan A’Court, Ian St John and Roger Hunt and would go on to earn promotion to the top tier as Champions the same year.

That season would prove to be the catalyst for a team that would go on to conquer all before them, winning the First Division title two years later in 1964 and the club’s first FA Cup in 1965.

However for this week’s classic match feature we journey back once more to the late 1950s to revisit a Roger Hunt inspired rout at Anfield.

The date is the 26th September 1959, according to the Prime Minister, Harold McMillann, Britain’s had never had it so good, a young Margaret Thatcher was about to be elected to Parliament and Agatha Christie published a novel fittingly entitled Cat Among the Pigeons.

McMillan had a point actually, with the country in the grip of a post war boom. 30 per cent of households now owned a car, the first Mini went on sale and the M1 motorway was opened. The National Health Service was in its infancy and working class people were beginning to benefit from public housing. However, conditions of work could still be extremely hazardous.

Just over a week before our classic match, tragedy struck in Lanarkshire, Scotland. 47 miners died in an underground fire at the Auchengeich Colliery. The disaster widowed 41 women and left 76 children fatherless. It remains one of the the worst mining disasters of the 20th Century.

Culturally this was the age of Elvis Presley, Buddy Holly and Cliff Richards and the Drifters. Meanwhile a young female Welsh singer, called Shirley Bassey, would go on to sing the theme tune to the movie adaptation of Ian Flemming’s novel Goldfinger, published the same year; while young girls everywhere were falling in love with the Barbie doll for the first time.

On the international stage, Alaska and Hawaii became the 49th and 50th States of America, Fidel Castro came to power in the Cuban Revolution, the USSR crashed a spacecraft, Luna 2, into the moon and America introduced the Mercury 7 Astronauts, John Glenn and Alan Shepherd Jr. to the world.

In sport, the American Alex Olmedo won the men’s singles at Wimbledon, while Brit Christine Truman captured the women’s singles title. A horse called Oxo won the Grand National at 8/1 and Nottingham Forest won the FA Cup, beating Luton Town 2-1 in front of 100,000 people, at Wembley.

Liverpool were a team fighting to get out of the second tier of English football, languishing in tenth spot. Their manager Phil Taylor was living on borrowed time and in the December would be succeeded by Bill Shankly. The great man would take the Reds to third place by the end of the season.

Anfield stadium was in full decline, but could still prove its self a cauldron at times, even back then. It recorded its highest attendance of the season in a FA Cup tie against Manchester United, with almost 57,000 people crammed into a ground Shankly would call the biggest toilet in Liverpool.

In goal for Liverpool was South African born Doug Rudham, who played 66 games for the Reds, in five years. He would depart the club in 1960, replaced by Bert Slater. In defence were boot room legends Ronnie Moran and Geoff Twentyman. The latter would go on to become one of the greatest scouts in the history of the game.

However, all the plaudits that day went to a certain Roger Hunt. The youngster had the unenviable task of walking in the huge boots of Billy Liddell. While he may not have had the same impact on the club as King Billy, he was a prolific goal machine.

By the end of his Liverpool career, the player the fans labelled Sir Roger, managed 285 goals in 492 appearances for the Reds. He would win two First Division Championships, the Second Division title and of course the FA Cup in 1965.

Hunt had only made his debut two weeks earlier as he prepared to face Argyle in the September of 1959. He’s scored in that game against Scunthorpe United and followed his debut goal up with another against Derby County. Could he make it three in three against the Pilgrims? He could and he would go on to score 23 in all competitions that season.

Roger was just 21 when he lined up for this fixture and the Liverpool Echo commented, in the post match report, that he had already won the crowd over, earning a “Liddell sized roar.” High praise indeed. Liddell was so influential that supporters referred to their club as Liddellpool.

However, local journalists hint at a Kop that was less than patient with inside left, Jimmy Melia. Scouser Melia was going through a tricky spell and the Echo warned the home support that “unless they are more sympathetic, they will only have themselves to blame if Melia’s best displays are reserved for away grounds.”

Somehow though he managed to shake off his troubles, netting an easy finish and putting Liverpool in front in the 12th minute, after Johnny Morrissey and Hunt had combined well in attack. In all he scored 79 goals for the Reds in 286 appearances.

However, the Reds’ joy was short-lived as Reg Jenkins levelled on 24 minutes. It would be the 31 year old’s first and only goal against Liverpool.

With the half running out and the teams heading toward the interval deadlocked, Alan A’Court stunned the visitors and sent the Kop into raptures by hammering home Louis Bimpson’s assist. There would be no way from this point on for Plymouth.

The second half would see the young Roger Hunt cap a fine display with his third goal in three games. Let’s leave it to the Echo to describe his thunderbolt: “Hunt’s score came in 56 minutes with a superb shot that gave the goalkeeper plenty of sight of the ball but little chance of keeping it out of the net.”

All that remained was for the great ‘Bugsy’ Moran to put the seal on the rout with a stunning set-piece in the 78th minute. The referee awarded a direct free kick, but the away side were convinced it was indirect, after their ‘keeper had handled outside the box, and they lined up to defend it accordingly.

Moran hit a pile-driver that sailed straight past goalkeeper Geoff Barnsley, who was rooted to the spot. Despite Plymouth’s protestations the goal stood. In truth the game was over anyway and Liverpool were destined to take all the points in this game.

Sadly Liverpool would win only one of their next seven fixtures and Phil Taylor would leave the club in November. It proved to be a pivotal decision and the club would never look back. Taylor would not manage another team and 1959 would bring to an end a three year career in the hot-seat, spanning 150 games and yielding not a single piece of silverware.

Fortunately for Kopites the years ahead would see the club win every domestic trophy on offer and conquer Europe in the process.

As we reflect on the fact that today Liverpool FC remains the most successful English club in the history of the game, it’s impossible to overstate the momentous nature of that sacking.