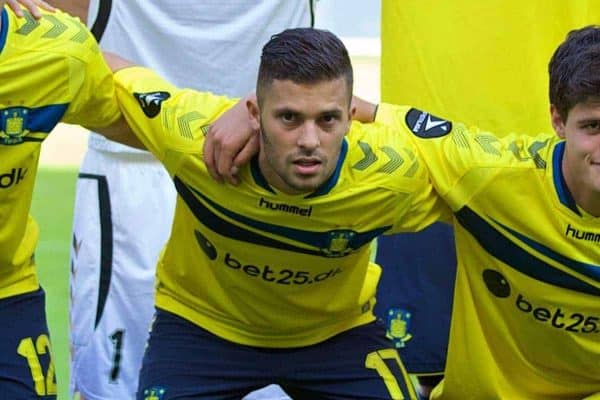 Liverpool linked with Real Betis’ Riza Durmisi, but Jurgen Klopp claims not after a left-back

Durmisi has established himself as a first-team regular at Betis, since his £1.7 million move from Brondby in the summer, making 14 appearances in all competitions, including 12 La Liga starts.

The 23-year-old, born in Copenhagen, is also able to perform in a more advanced role in midfield, and is both defensively adept and strong in his delivery from out wide.

According to the Mail, this has drawn the attention of Liverpool scouts, who are said to have watched the 17-time Denmark international already this season.

Durmisi has a release clause worth £17 million in his current contract, which runs until the end of the 2020/21 campaign.

There is a cause to suggest Liverpool would benefit from signing a new left-back in the summer, with James Milner showing signs of fatigue in recent months and Klopp showing little faith in Alberto Moreno.

This would be particularly important if the Reds qualify for the Champions League next season, with Klopp requiring more depth to a squad that has been ravaged by injuries this term.

However, whether Liverpool will move for a left-back is unlikely at this stage, if the manager is to be believed.

Speaking earlier in January, Klopp stressed that he was happy with Milner and Moreno as his options in the position, with his priorities in the market focussed on other areas of his squad.

“What I can say is that I didn’t think for a second until now about another left-back,” he told reporters.

“We are always looking for players but in this moment we have two left-backs—Milly is one and Alberto Moreno the other.

“Our situation is this position is really comfortable. Milly is still able to play other positions. He can play in the half space, can play offensive winger and No. 8—that’s good.

“Left full-back is a position where you can never have enough. If you’re looking for one, you won’t find one.

“If you’re not looking sometimes you get one or two opportunities to have one but it is about having the right one. It’s not at the top of our list of things.”

It can certainly be argued that Liverpool do, in fact, need to sign a new left-back in the near future, and Durmisi, who played against the Reds for Brondby in pre-season in 2014, would be a sensible option.

But with Klopp effectively ruling out reinforcing this key area any time soon, it is highly likely that reported interest in Durmisi is pure speculation as the window reaches an end.