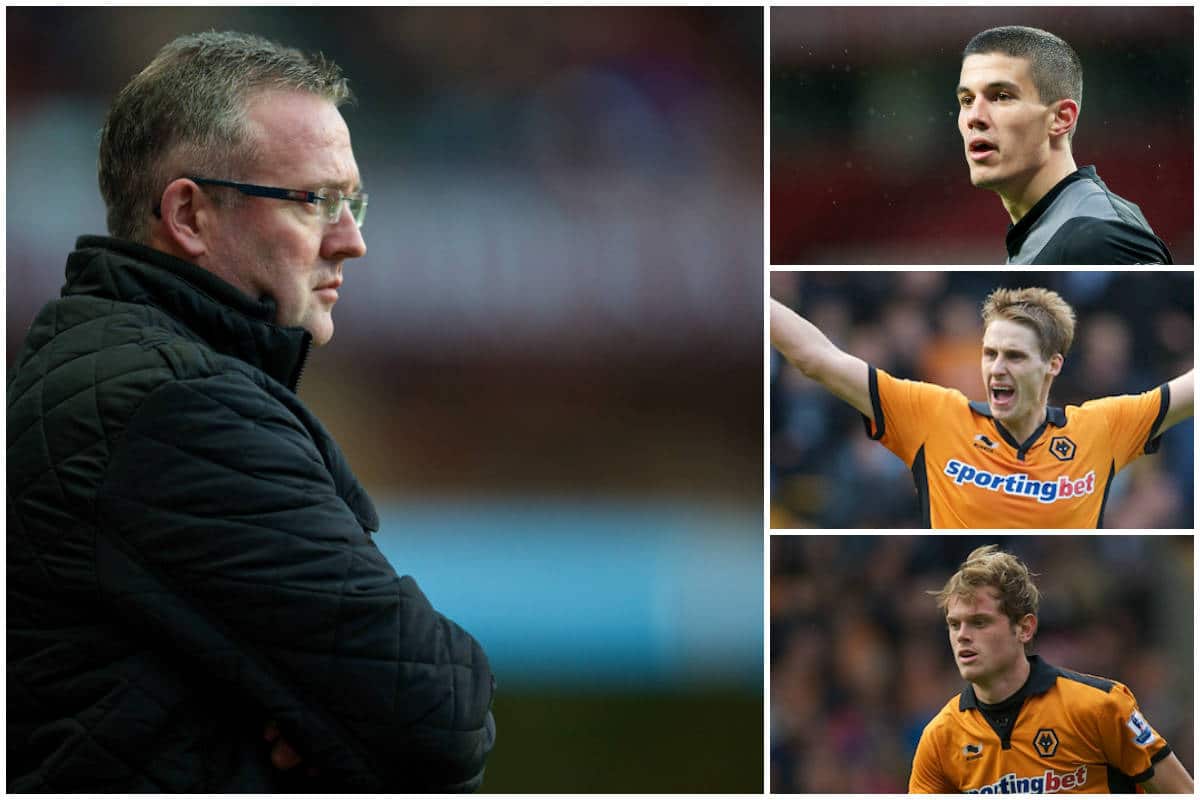 Ahead of Liverpool’s FA Cup fourth-round clash with Wolves, we get the lowdown on Paul Lambert’s improving West Midlands outfit.

The Reds take on the Championship side at Anfield on Saturday lunchtime, as they look for a place in the last 16.

It has been a miserable January for Jurgen Klopp‘s Liverpool, with just one win and multiple poor performances in seven games threatening to end their season prematurely.

As a result, a win over Wolves this weekend is of paramount importance.

Ahead of the game, we spoke to Wolves Academy (@Wolves_Academy) to discuss Wolves‘ season to date and their chances of springing a surprise on Saturday.

Wolves sit 18th in the Championship—talk us through your season so far. Below-par?

Below-par would be fair. Getting new Chinese owners 10 days before the start of the season, then sacking Kenny Jackett and replacing him with Walter Zenga, was always going to be tough.

The new owners wanted to make an impact so signed 12 players in the summer window, which in hindsight was far too many.

Paul Lambert has now come in and is doing a good job in our opinion; Wolves won’t go up or down this season, so everything that is happening now is in preparation for the summer. Saturday’s FA Cup game is a bonus.

Which three players should Liverpool fans look out for on Saturday?

Our star man this season has comfortably been right-winger Helder Costa, who’s on course for double figures for both goals and assists this season. If anything good happens in an attacking sense, it will usually be through him.

Local academy player and defensive midfielder Jack Price is very important to how Wolves play—he screens the back four and recycles the ball to players around him. Jack will need to play well on Saturday if Wolves are to win.

Finally, another local academy player and captain, Danny Batth. No player has made more clearances in the Championship than Batth this season (311)—expect him to put his body on the line on Saturday.

As we write about the Wolves academy, keep an eye out for Morgan Gibbs-White (16), Connor Ronan (18) and Bright Enobakhare (18) who could all be involved. Gibbs-White made his professional debut against Stoke in the last round. Are there any trips that you’ve made to Anfield in the past that stand out? We all remember you winning there in 2010, unfortunately!

We have been to Anfield many times over the years, usually ending in defeat, but that Stephen Ward winner in 2010 will live long in the memory. This will be the first time with your new stand, so certainly looking forward to seeing that.

Wolves selling 8,300 tickets in such a short space of time also cements the fact that Liverpool Football Club and Anfield are still a massive draw to opposition football fans across the country.

In all honesty, we could have sold two or three times the allocation quite easily.

Turning our attention to Liverpool, what have you made of their season under Jurgen Klopp?

We get the impression from the outside that Jurgen Klopp has brought the fans and the football club closer together than under previous managers.

It is probably fair to say that Liverpool have conceded more goals than you would have liked this season, but with your attacking intent and the gaps that you leave at the back this was always likely.

Defeats in the last week to Swansea and Southampton were disappointing, but weeks like that happen in football.

Who do you see as they key men ahead of the game, assuming they start?

We won’t go for the obvious as not sure they will play, so we would probably see your key men as Divock Origi, Daniel Sturridge and Lucas Leiva.

Hit me with your prediction—are Wolves likely to spring a shock?

It depends so much on the teams that are selected by either manager; if Klopp goes strong they will win comfortably.

Before the Swansea and Southampton games we would have expected lots of changes for this game, but can Klopp afford to risk losing three games in a row with a much-changed team? Not sure.

The pressure is definitely on Liverpool for this game, with no expectation of a victory from Wolves supporters.

With the very important Chelsea league game a few days later, I would still expect Liverpool to make changes, but go stronger than they would have seven days ago.

With all that in mind, I think it will be tight. Liverpool to win 2-1.