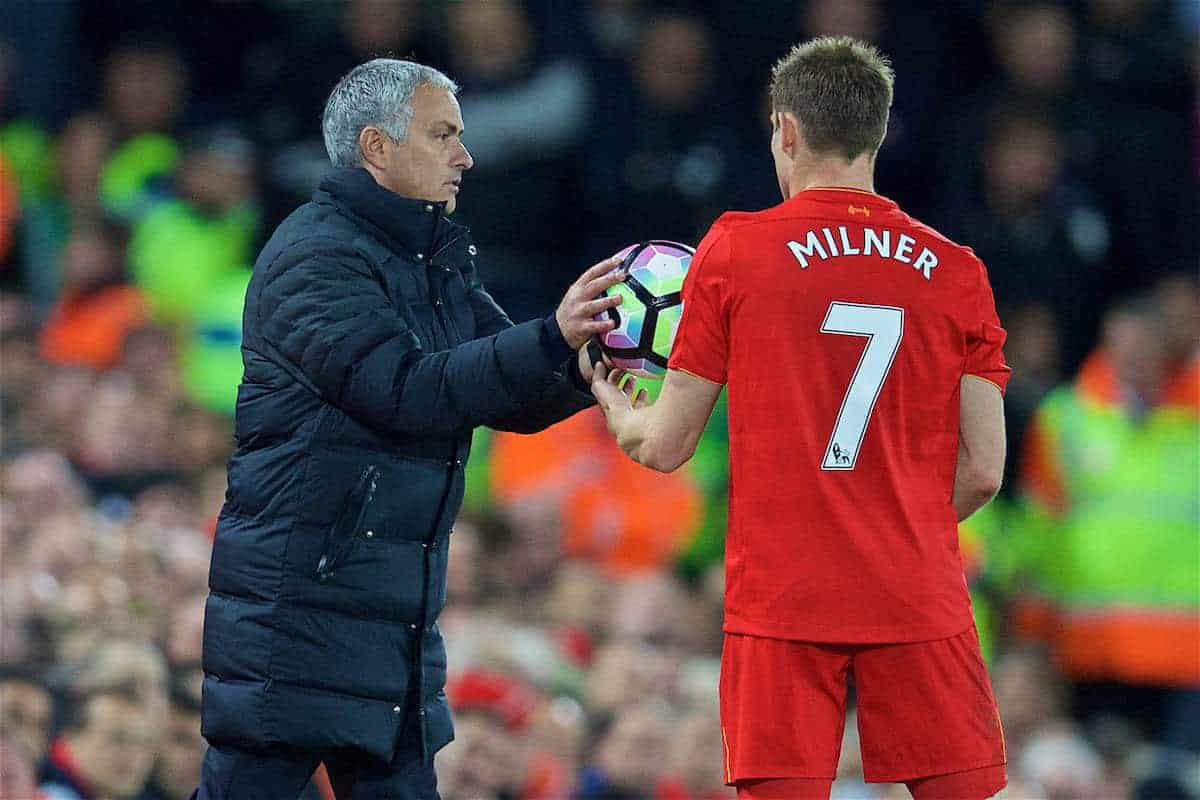 Liverpool’s rivals still don’t come much bigger than Manchester United, and here’s everything you need to know about their latest incarnation. United are a different beast now compared to when the teams drew 0-0 at Anfield earlier in the season.

A switch from 4-2-3-1 to 4-3-3 has helped balance out the midfield and get the best of their central playmakers, while also neatly removing the cumbersome Wayne Rooney from the equation.

They work hard, are tough to break down, but can also play very quickly through the middle and final thirds. Bodies in the box and shots from range are hallmarks of this team already. United haven’t lost in the league since being slaughtered by Chelsea in October. They have won nine in a row in all competitions, haven’t conceded a goal in almost 300 minutes and already have one foot in the League Cup final.

In short, they are extremely high on form and confidence, and danger stems from everywhere.

Paul Pogba is able to make his surging runs from deep, the wide forwards are contributing heavily and Ander Herrera pulls the strings in midfield. Then there’s a certain Swedish striker to worry about… Improved though they might be, Phil Jones and Marcos Rojo still have a tendency to madness at times. They are aggressive by nature and can be counted on to be even more so on Sunday, given the nature of the game.

Getting behind them, their lack of acceleration and heavy tackling, is a sure-fire route to chances or cards.

The team is reasonably slow overall unless the likes of Ashley Young and Anthony Martial get a chance, but without Sadio Mane and one of the strikers, Liverpool aren’t overly rapid themselves anyway.

Shutting down Pogba and Herrera in midfield is critical. The Frenchman can spring out 50-yard crossfield balls to open up teams, while Herrera seems to be everywhere in the centre, laying the ball off and available once more to take up possession.

Up against them, the Reds must pit Adam Lallana and Gini Wijnaldum, the two most aggressive, hard-working and yet reliable-in-possession options from their No. 8s this season. Whoever wins that battle will likely win the game.

Both Rojo and Zlatan Ibrahimovic should recover after injury and illness respectively, but Eric Bailly is unavailable. United don’t have any other absences to worry about.