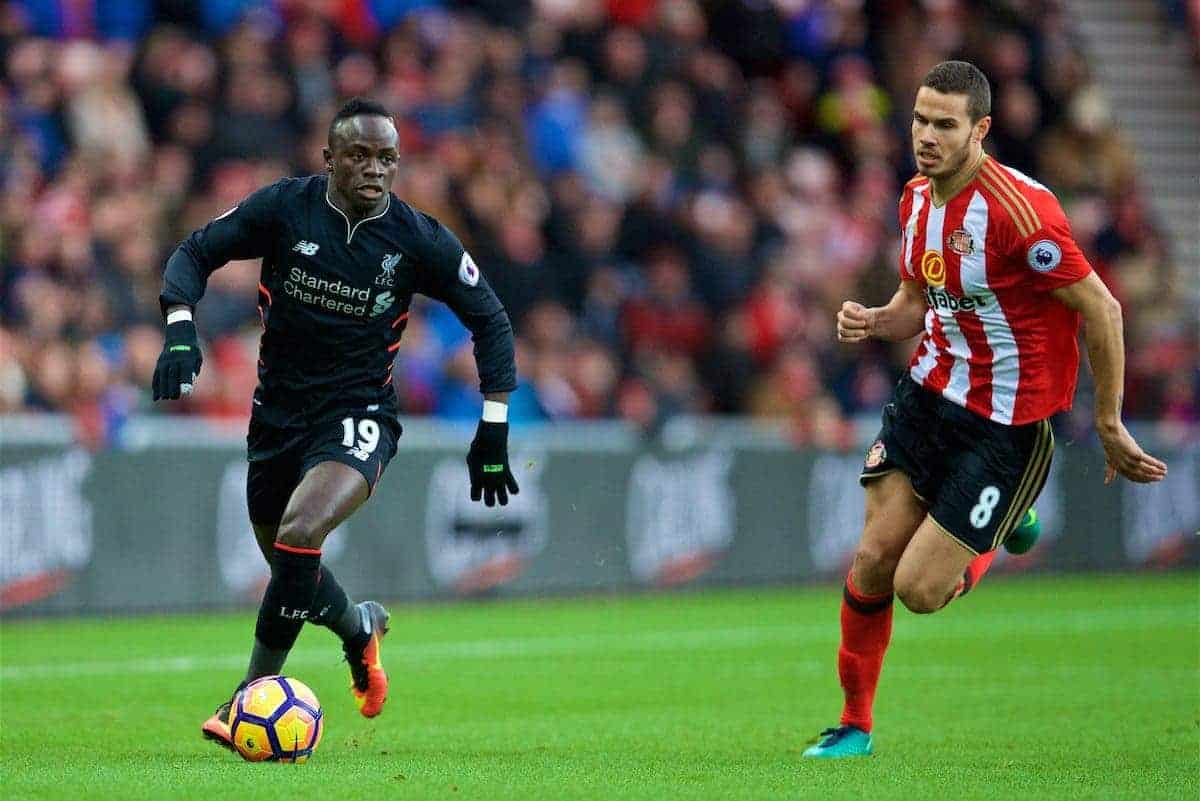 With Sadio Mane departing for the Africa Cup of Nations, the winger has tipped Liverpool to respond to Monday’s 2-2 draw with Sunderland.

The 24-year-old played his last game before the tournament at the Stadium of Light, and is now set to fly out with the Senegal squad to Gabon.

Mane’s absence will be a significant blow to the Reds’ Premier League hopes, with the summer signing having scored nine and assisted seven in 21 games so far this season.

Though he netted the second goal against the Black Cats, it was Mane’s handball that gifted David Moyes’ side their second penalty of the afternoon, with Jermain Defoe netting the equaliser.

But despite this setback, and his impending departure, Mane believes his team-mates will “accept it” and move on, to get back to winning ways without him.

“It was really difficult [to take] because it’s not what we expected,” he explained.

“We were winning and I think we played well and created a lot of chances but we had to score. We didn’t score and it was a little bit of a problem.

“We have to accept it and prepare for the next games. It’s not easy to play [twice] in 48 hours but that’s what we have to accept because we’re professional and it’s our job.

“We have to accept it and just do our best for the team to win games.” Depending on Senegal’s success at the AFCON, Mane could miss up to eight games in January and the beginning of February, including key clashes in the Premier League, FA Cup and League Cup:

As he continued, Mane admitted he leaves with a heavy heart, but with Liverpool still second in the table, he insisted that it would be “no problem” for them to return to form.

“We are in good position but now what’s more important is the direction,” he said.

“Everybody knows that and will be ready for the next games.

“It won’t be easy for me to leave because I would like to help them but I think they will understand.

“We have done good work and we have a strong team so it will be no problem, they will do it.”

Mane is undoubtedly a considerable loss for Klopp as he prepares his side for a key January across three competitions, however, and navigating his absence will be a tall order.