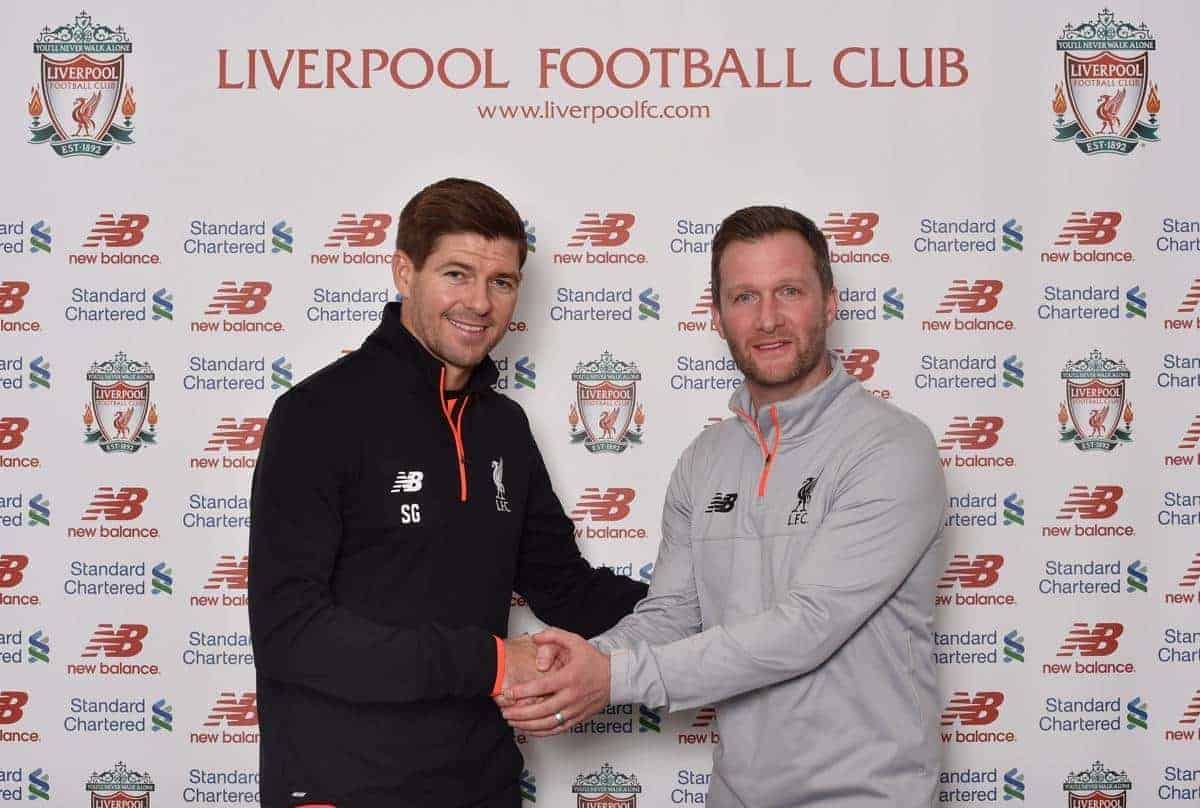 New Liverpool academy coach Steven Gerrard has set his sights on becoming a manager in the future, but is determined to prove his worth first.

The 36-year-old’s return to the club was announced on Friday evening, with Gerrard due to take up a role as academy coach from February.

This is an emotional comeback for the former captain, who left in 2015, after 17 years in the first team, spending time with LA Galaxy in MLS before announcing his retirement in November.

While some other ex-pros have looked to launch themselves into management headfirst, Gerrard is looking to hone his craft at the bottom first.

But speaking on the announcement on Friday, Gerrard explained that he was looking to become a manager in the long term.

“I want to be a manager. I want to be the best manager I can be eventually and this is the beginning of the journey,” he said.

“As I said earlier on, it’s about development, it’s about improving and I know exactly where I am.

“I could have taken other coaching positions and management roles on name or reputation, but I think that would have been a stupid thing to do and a decision on emotion.

“Having spoken to the likes of Jurgen, Alex Inglethorpe, Steve Heighway and other important people around, this was the most sensible decision and the best decision for me for where I want to get to in the future.” Gerrard is set to work in a varied role, ranging from the U6s to the U23s, with contact with the likes of Jurgen Klopp and Pepijn Lijnders in the first team at times, too.

He will be reunited with his own former youth coach in Heighway, while also working with Inglethorpe, who now serves as the Reds’ academy director, with Gerrard eager to learn from them.

“I am also looking forward to still having a connection with the first team and staff at certain points as well.

“I am here to learn off them all and I couldn’t learn off better people.

“We’ve got an incredible academy full of top-class talent and I am so excited to get involved in it.”

This is an appointment that works phenomenally for both sides, with Gerrard able to gain experience working alongside world-class coaches, while the club’s young stars are given the ideal role model.

The likes of Trent Alexander-Arnold, Ovie Ejaria and Ben Woodburn, along with Curtis Jones, Yan Dhanda and Rhian Brewster below them, will no doubt only improve given Gerrard’s tutelage.

Possibly, in the long run, they could all link up at first-team level—though Gerrard will stress that is a long way off yet.