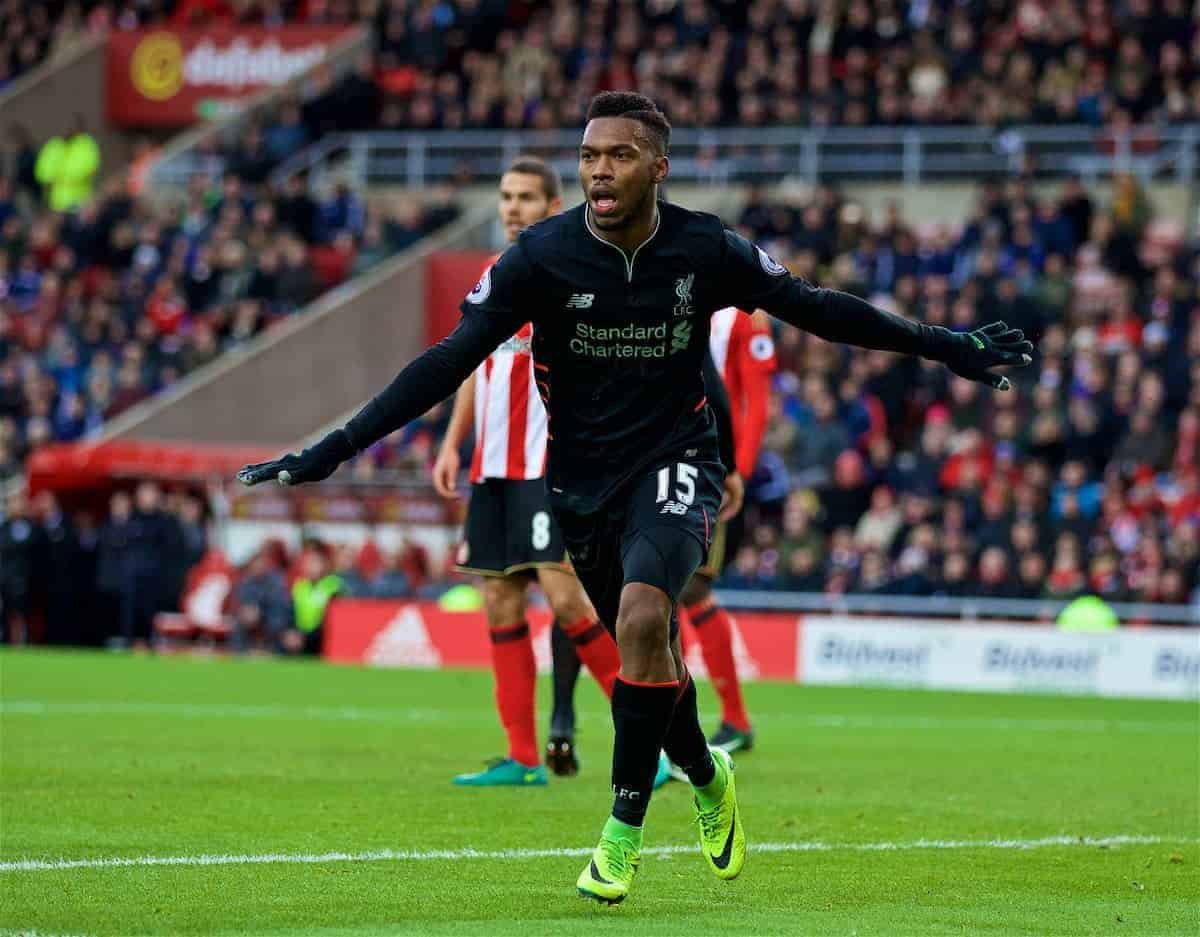 Liverpool could only take a point from an awkward game up at Sunderland, where impressive individual performances were few and far between.

Was called into action after just five minutes when he saved a stinging Jermain Defoe shot, keeping hold of the ball well with Adnan Januzaj lurking. Pushed a similar effort from Jack Rodwell wide shortly after.

Guessed the right way when trying to save Defoe’s first penalty kick, but the shot was too precise and the the Belgian couldn’t reach it despite being at full stretch.

Stopped Defoe in his tracks not long after the penalty with an excellent intervention, getting down at the feet of the striker to palm the ball away from him.

Faced him from the spot again in the last 10 minutes of the game, but this time guessed the wrong way.

Managed to get a good cross in early on despite having his shirt pulled by Sebastian Larsson, could have one down for penalty but decided to stay on his feet.

Was one of the team’s more attacking players, and regularly found space on the right, making overlapping runs to take the attention off Sadio Mane and Daniel Sturridge.

Sent a tempting cross into the box during the opening stages of the second half which had Vito Mannone worried in the Sunderland goal, but it just evaded Mane at the far post.

Assisted the opening goal after pulling away to the edge of the area, mis-hitting a volleyed shot which was then diverted in by Sturridge.

Was part of a ragged looking defence which couldn’t keep track of Defoe while also monitoring the runs from midfield.

Despite this lack of organisation he still made some important blocks in the second half.

Clumsily brought down Didier Ndong in the area, giving Anthony Taylor no choice but to point to the spot.

Like Lovren some of his one-on-one defending was good, winning headers and blocking shots, but the defence always looked susceptible to a Sunderland attack which has the second-fewest goals scored in the league.

Had a header easily saved by Mannone as Liverpool searched for a winner.

Struggled in the first half, completing just 74 percent of his passes. Was booked for a foul on Fabio Borini when the attack had passed him by.

Lucky not to be whistled for another foul in the corner, and didn’t offer his usual control from the left-back position.

Didn’t make it out for the second period, as he was replaced by Alberto Moreno at half-time.

Replaced the injured Jordan Henderson as the deepest midfielder of the three, but struggled to settle into the position.

It’s a role which he hadn’t played for a while, and this showed early on as he forced passes which weren’t on, and always looked likely to give away free-kicks in dangerous areas.

Settled into the role a bit more in the second half and found his position when the side were defending, but overall he will be disappointed with his display.

Played a small part in the incident which led to the penalty, forming part of the sandwich which led to Ndong’s tumble.

Had a powerful effort tipped over by Mannone in the first half, but in general he wasn’t as effective as he has been recent weeks.

The quick passing in midfield which has become his trademark was a little off-target in this game, and he was one of the players taken off in the second period.

Was lively early on, using some impressive skill to set up Mane for a shot on goal.

Faded out of the game but woke up again with around 20 minutes to go, cleverly creating a chance for Sturridge which Mannone saved. Liverpool scored from the resulting corner, though. Sent a shot well over in the opening minutes of the game after being set up by Lallana. A little more composure and he might have opened the scoring.

Scored what looked to be his side’s winner with a tap-in at the far post from Moreno’s corner kick, but then went on to concede a penalty as Larsson’s free-kick struck his arm.

Always a willing and pacy runner, he’ll be missed for the next few weeks as he goes off to join Senegal for the Africa Cup of Nations. Daniel Sturridge – 7 (Man of the Match)

Regularly dropped deep to receive the ball and link the play in midfield before moving forward to trouble the Sunderland centre-backs.

Gave a good display of long shooting, but his goal came via a real poacher’s effort as he diverted Lovren’s mis-hit effort past Mannone.

Couldn’t really get many chances closer to goal as Sunderland packed their box.

Hobbled off in the second half with an injury which will be a worry considering his record, but it looked more like a knock than a muscle injury, and he was just about to be taken off anyway.

The Brazilian is still finding the energy to defend from the front, somehow. This might be affecting his attacking play, and you hope for more than just workmanlike performances from the likes of him and Lallana.

That said, he still managed to create a good chance for Wijnaldum towards the end of the first half which the Dutchman couldn’t take.

But the few shots he had were from distance and straight at Mannone.

Sent in a dangerous corner which led to Liverpool’s second goal when it was eventually tapped in by Mane at the far post.

Offered a different dimension on the left, but Liverpool had little chance to use it.

He was also on free kick-duty, but these weren’t as effective as his corner kicks which were surprisingly good.

Didn’t really get into the game once he came on, and even when he held the ball up well his team-mates couldn’t get it back to him.

Came on and gave away a free-kick in a dangerous area which led to the concession of a penalty by Mane. Was perhaps unlucky to be pulled up for the foul, but it seemed inevitable. Surprised many by not rotating his side, and it told as many players looked low on energy, especially in midfield.

This led to a feeling of carelessness when the side had the ball, and although they dominated possession many of Liverpool’s shots were from distance.

Moreno was brought on in the second half, and looked a much better fit for this game than Milner, suggesting the Spaniard should have started.

The introduction of Lucas just added another player who looked likely to give away free kicks in dangerous areas, rather than shoring things up as the change was the intention.

A point away from home isn’t a bad result given the circumstances but fresher legs may have been more composed, even if it might have been seen as a risk to bring in the likes of Kevin Stewart, Trent Alexander-Arnold and Ovie Ejaria.