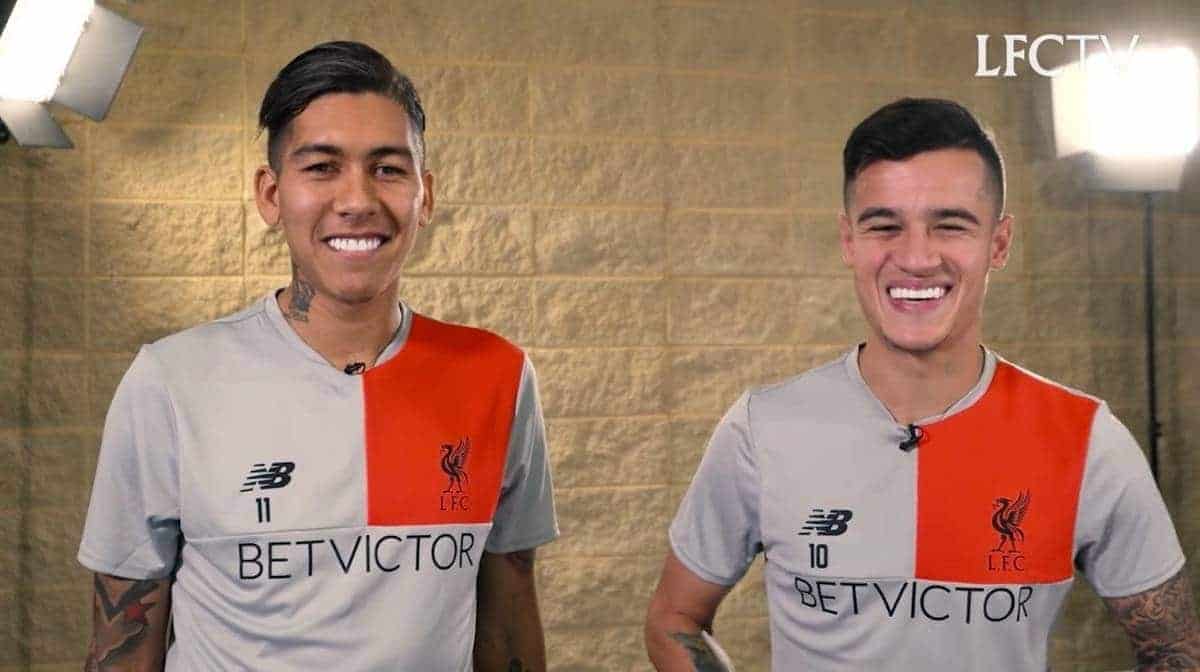 Liverpool stars Philippe Coutinho and Roberto Firmino took on their manager, Jurgen Klopp, in a table tennis challenge at Melwood.

Klopp was joined by UK university table tennis champion Liu Haoyu, a protege of Chinese ‘Athlete of the Century’ Deng Yaping, to take on his two Brazilian forwards.

Fighting it out over the table for the Year of the Rooster trophy, the Reds trio marked the Chinese New Year with a fierce contest.

Coutinho, who claims he is the best in the Liverpool squad, and Firmino got off to a great start, with Klopp’s “wild” efforts letting his side down.

But Haoyu and the 49-year-old clawed back to level the match after two sets, teeing up a tense finale.

After dominating the third set, the final flash of the paddle came from Klopp, smashing home for the victory—though he would be the first to admit he did little to help Haoyu.

“He’s better than I thought before,” she said of Klopp, who responded “I gave her money to say this!”

Klopp claimed he has not played table tennis since 1987, but the Reds manager is now able to celebrate a famous victory over his No. 10 and No. 11 at Melwood.