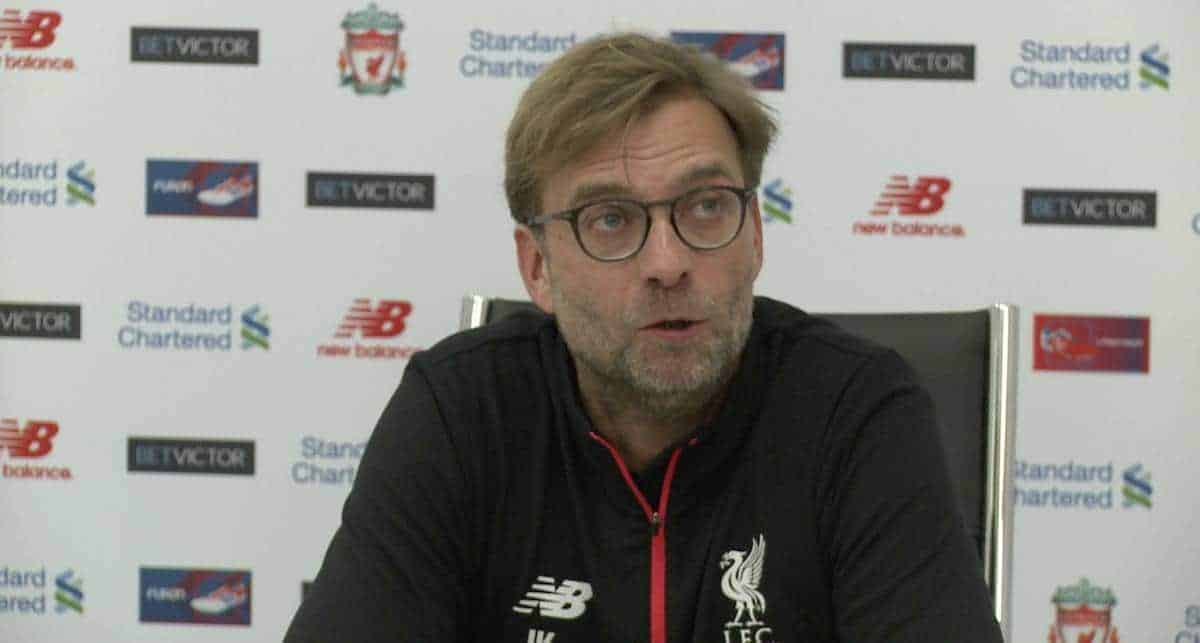 Watch Jurgen Klopp speak to the media ahead of Liverpool’s crucial home match against Chelsea in the Premier League.

Klopp discussed a wide range of topics, with much attention on Sadio Mane‘s return from the Africa Cup of Nations – the Senegal attacker is “kind of an option” for the match after his flight back from Gabon was delayed until Monday.

There were injury updates on Adam Lallana, Nathaniel Clyne and Ovie Ejaria – with the latter suffering a “serious” injury that will see him sidelined for some time.

Meanwhile, Klopp discussed the Reds’ recent poor run of form and the need to remain calm and positive ahead of such a big game.

Liverpool have suffered three home defeats in a row and are now set for another season without a trophy, winning against Chelsea would at least keep them on track for a top four finish and therefore a return to the Champions League next season.