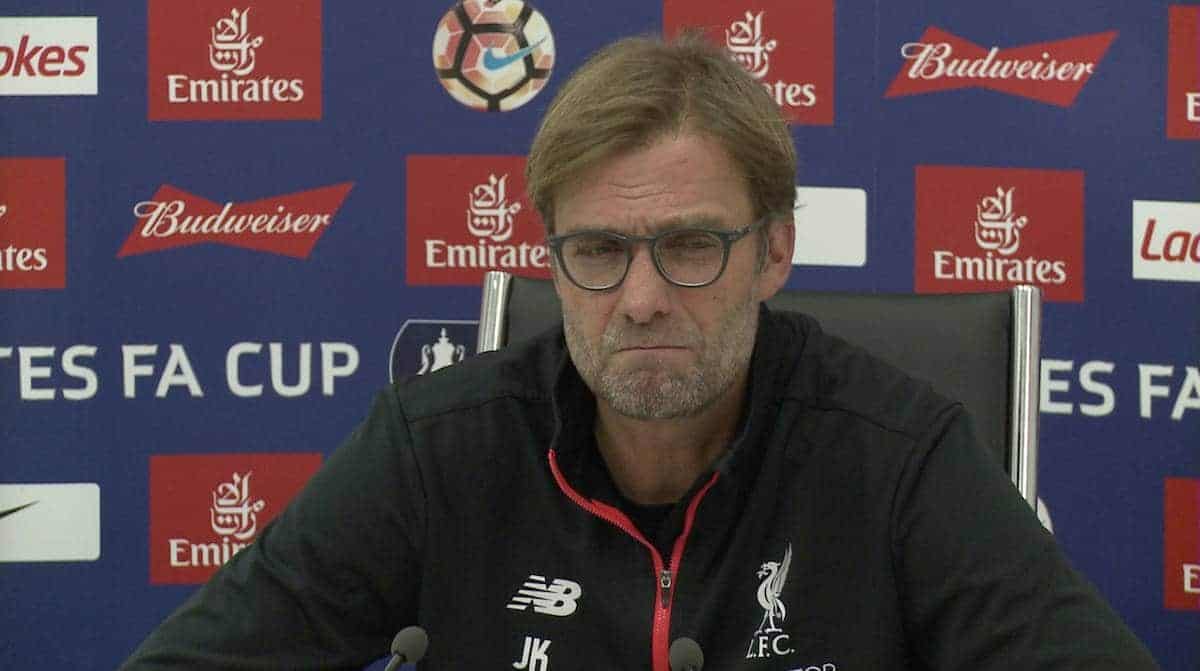 Watch Jurgen Klopp speak to the media ahead of Sunday’s FA Cup third round tie against Plymouth Argyle at Anfield.

The Reds’ boss provided updates on the fitness of Joel Matip, Philippe Coutinho, Daniel Sturridge and James Milner – with none expected to be risked on Sunday and instead saved for the League Cup semi-final first-leg at Southampton next week.

Klopp admitted he was expecting to rotate his side, and that a first start since October 2015 was planned for defender Joe Gomez after his return from ACL injury.

Loris Karius will also start in goal, with the likes of Ovie Ejaria, Kevin Stewart and Trent Alexander-Arnold also in contention.

Klopp had kind words for visitors Plymouth, who are second in League Two at present, and spoke of his dreams for this season.