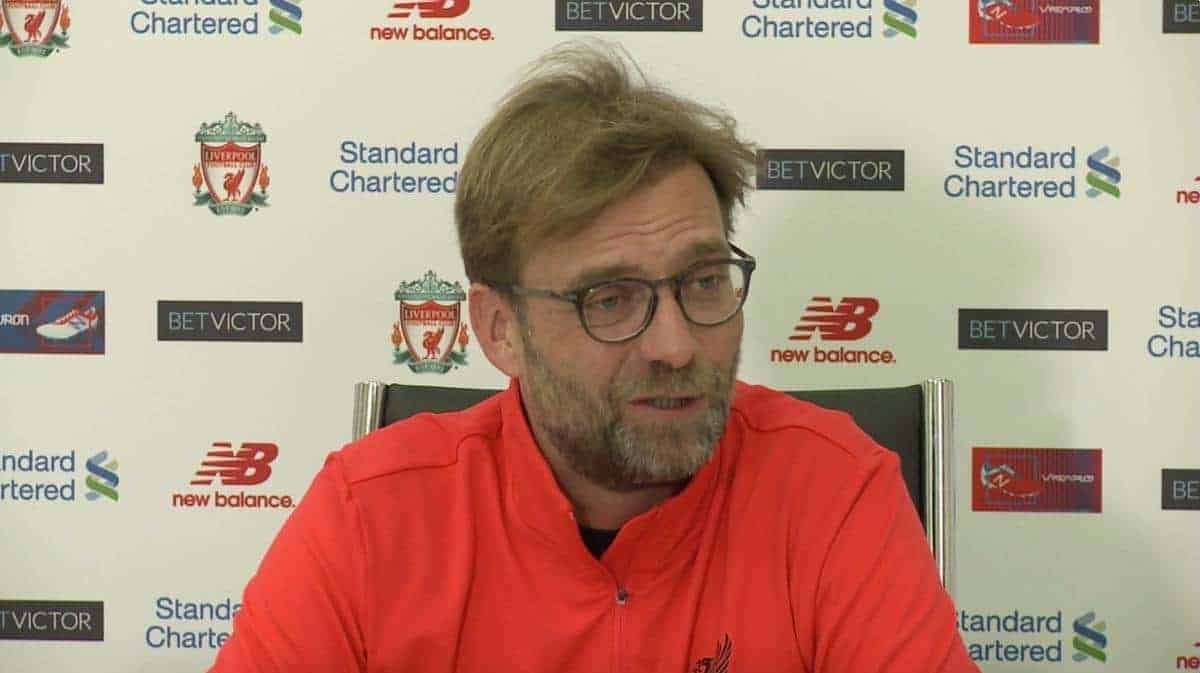 Jurgen Klopp has discussed the fitness of three key players, and the eligibility of Joel Matip, ahead of Liverpool’s clash with Swansea City.

The German took to Melwood on Friday afternoon to preview the Reds’ return to Anfield, after three games away from home in the Premier League, League Cup and, most recently, the FA Cup.

Welcoming Paul Clement’s struggling Swansea to Merseyside, Liverpool will be hoping to take all three points, after their first win of 2017 away to Plymouth Argyle on Wednesday night.

But speaking ahead of the game, Klopp revealed that he was yet to hear from FIFA regarding Matip’s eligibility.

“It’s Friday, FIFA mentioned to us it would be a kind of D-Day,” he said, “it’s now 1pm here, in Switzerland 2pm, but nothing until now.”

Liverpool are expected to hear FIFA’s decision over whether to investigate Matip’s dispute with the Cameroon FA, but their delay will affect Klopp’s preparation for Saturday.

He should be boosted by the returns of Nathaniel Clyne, Jordan Henderson and Philippe Coutinho, however.

Both Clyne and Henderson are set to join first-team training on Friday, while Coutinho is in line for his first Premier League start since November’s 2-0 win at home to Sunderland.

They will come up against a resurgent Swans, however, with Klopp praising Clement’s work over a short space of time, once again calling for the backing of Anfield to boost his side’s fortunes.

Kevin Friend is set to referee Saturday’s clash, which kicks off at 12.30pm (GMT), giving Liverpool the opportunity to challenge title rivals Man City, Tottenham Hotspur, Chelsea and Arsenal, who all play later in the weekend.