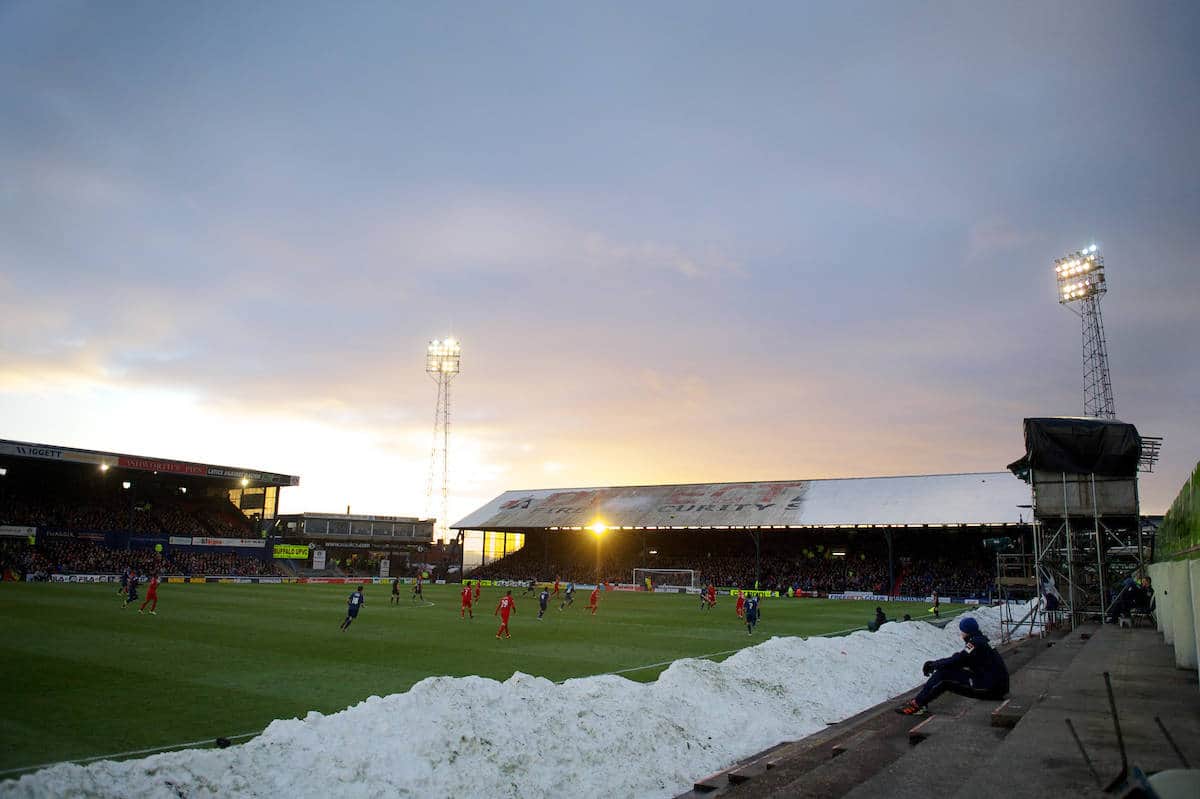 With Liverpool’s 10 games in 32 days one of many arguments, the possibility of the Premier League introducing a winter break is an interesting one.

The winter break has long been mentioned as a possible plan for English football, learning from their European counterparts in order to promote domestic, continental and international success.

But it is a development that is yet to come to fruition, with top-flight clubs in particular instead succumbing to an increased schedule over the festive period and into the new year.

So would introducing a winter break be worthwhile, or would it simply be an unnecessary alteration?

Here, This is Anfield writers Jack Lusby and James Nalton take opposite stances on the matter—but who presents the most convincing argument, and where do you stand on the subject?

Jack, what is your stance on a potential winter break?

The typical arguments for and against a winter break in England are, for the former, the hope of fostering success on the international stage and, for the latter, the unquenchable thirst for endless football over the festive period.

But there is another, more basic argument in the ‘for’ column: it being for the benefit of club football.

Liverpool are the perfect example of this, playing six games in December and nine in January—Jurgen Klopp taking charge of more games in the first month of the year than any other Reds manager since the Premier League’s inception in 1992—with a congested schedule hampering their title hopes.

Success can, in a way, be measured by the amount of games a side plays, and Klopp has attempted to replicate this with behind-closed-doors friendlies at Melwood, but the quality of football on show is noticeably diminished for a number of sides during the winter period.

This is not just for those challenging at the top, like Liverpool, but also those fighting relegation with thinner squads—like Hull City, who played six times in December and seven in January, due to victories in the FA Cup and League Cup.

While having more football on the TV is a major plus-point over Christmas and into the New Year, this should arguably be sacrificed to ensure a better standard over the course of the whole season.

James, how do you counter Jack’s argument?

If Premier League clubs are hampered by a hectic festive schedule, then maybe they should look at more effective ways of spending their millions rather than complaining about a fixture list they already knew about at the start of the season.

Every club in the league has the resources to buy players to allow them to rotate their squads should they encounter a busy fixture schedule, whether this arrives in October, December or in May.

The money is there to buy the players themselves, and for the effective tools and personnel to identify them. Clubs at the top level also invest a large amount of money into their youth academies, so maybe they could use one or two of those players too.

A winter break wouldn’t improve the national team. Changes in other areas such as coaching, organisation and taking the lead in tactical innovation rather than following other nations might, but having a couple of weeks off at the beginning of January wouldn’t suddenly make the England team better. If a winter break is brought in and the national team still perform poorly in tournaments, then they’ll just find another excuse.

The busy schedule can also lead to the introduction of academy or reserve players who might not get a game if the calendar is less demanding. The introduction of these players, even if it’s just to experience being involved in the matchday squad for the first time, can aid national teams in the long term.

The festive period wouldn’t be the same without it. For many people football is the closest they get to a religious celebration during the festive holiday, and it gives them something real to celebrate during a period which is now more a celebration of capitalism than it is Christianity.

Football contributes to communities at a time when people are around those they may only see once or twice a year, whether this be going down to watch their local team or catching the latest stars of the Premier League on TV. For many it will be both, such is the thirst for football at this time of year.

So Jack, when would you see a winter break beginning?

If the demand for festive football is unwavering, I’d suggest the break come into play in January, ensuring Boxing Day remains the same for the Premier League, but a welcome interval can still benefit clubs in England.

With the Africa Cup of Nations now underway, and 13 clubs in the English top flight affected by absences, this would solve an immediate problem, particularly given six of the clubs with two or more representative at the tournament in Gabon are currently in the bottom half of the table—West Ham (four), Crystal Palace (two), Hull City (two), Leicester City (three), Sunderland (three) and Watford (two).

Liverpool were also initially without two, in Sadio Mane and Joel Matip.

The Bundesliga’s winter break runs from December 21 to January 20 this season, and the success of such an approach both domestically and internationally is clear; though, I agree, the latter is not an issue that the FA could simply solve by providing the England players with a month off.

It may require getting rid of one of the cup competitions—undoubtedly the League Cup—which could affect smaller clubs, but with Manchester City (twice), Chelsea (once) and Liverpool (once) among the winners in the last five seasons, do we really need both that and the FA Cup anyway?

James, any more thoughts on the matter?

If there is to be a break then January would be preferable to the festive period but, as mentioned, one of the other cups would have to go.

The League Cup provides clubs with a great opportunity to blood young players in a competitive environment, and can reward their success with increasingly important games if they manage to help their club progress in the competition.

Many young players who made appearances in the League Cup have gone from strength to strength on the back of them. Managers at bigger clubs are wary when it comes to picking young players in the league or in Europe, but this competition gives them room to experiment without much pressure from above to succeed.

The FA Cup won’t be ditched, so maybe the structure of these competitions could be changed to avoid repeat games in replays or two-legged semi-finals.

On top of this, the January calendar is etched into the make-up of the game in this country, and the third and fourth rounds of the FA Cup being played in wintry conditions are a feature of the competition and can give the smaller sides a chance.

These rounds of the FA Cup should be an opportunity for those who run the sport to encourage fans to attend games, rather than the half-hearted attempts to push “the magic of the cup” on display this year.

The extra games should be an opportunity to give something back to those who support the game rather than taking more away from them, or worse, taking these games away completely.

What are your thoughts on a winter break being introduced in England? Which of our writers do you side with on the subject?

Let us know your thoughts in the comments section—and vote below.