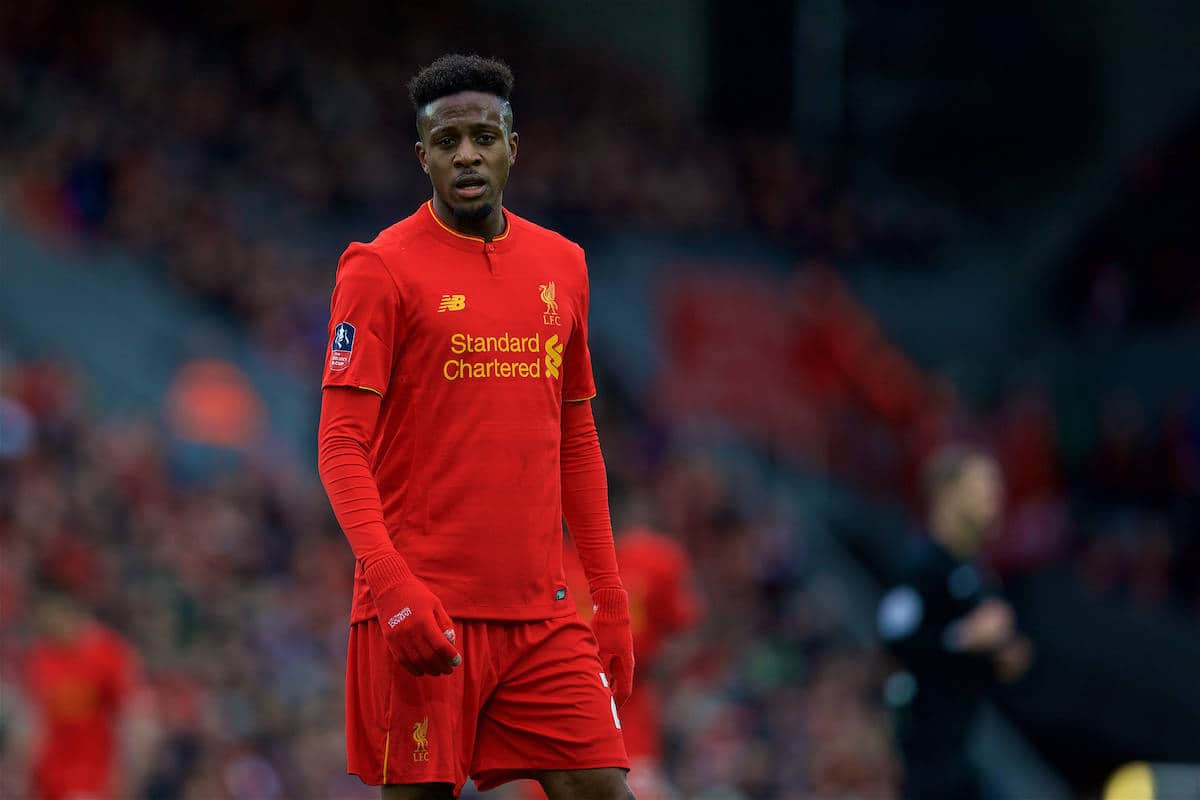 Divock Origi has admitted his campaign with Liverpool so far has been difficult, but he is aiming to force himself into Jurgen Klopp‘s starting lineup.

Origi has made the joint-most appearances in the Reds’ squad this season (30), but he has made just 13 starts and played 1,337 minutes in all competitions.

Falling behind Roberto Firmino in Klopp’s pecking order up front, the Belgian has struggled for consistency, despite a run of four goals in four Premier League games towards the end of 2016.

Having taken up a focal role in the second half of last season, this has proved a setback for Origi.

But speaking to the Liverpool Echo this week, the 21-year-old stressed that he was trying to make it “a problem” for Klopp to leave him out.

“It’s been a season of ups and downs for me, but as a team this year we have certainly made progress,” he said.

“And for me now the most important thing is to play. I am somebody who loves football.

“You want to play every game and I’m always confident that I can help the team and bring my qualities.

“I want to make it hard for the manager to leave me out. When he has a problem choosing his team then that can only be a positive.

“Competition for places can only be good for the club.”

There will be fewer opportunities on the pitch in the second half of the season, however, with just 13 games to play between now and May due to the Reds’ failure in cup competitions.

Klopp’s side are out of both the FA Cup and the League Cup, with the Premier League now their sole focus.

That leaves Origi with a difficult task of convincing his manager to field him instead of Firmino, but as he continued, he believes he can do so in training.

“I want to play, I want to earn that place. To do that you have to show everything in training,” he added.

“When you don’t play, you want to do everything you can to change that. I need to stay calm and work hard.”

Origi has undoubtedly suffered from a lack of form in 2016/17, after a breakthrough campaign last time out, but he has still scored eight goals in all competitions.

At 21, there is plenty of time for him to earn his place under Klopp, and it is clear he is happy to be patient and carve out a role.