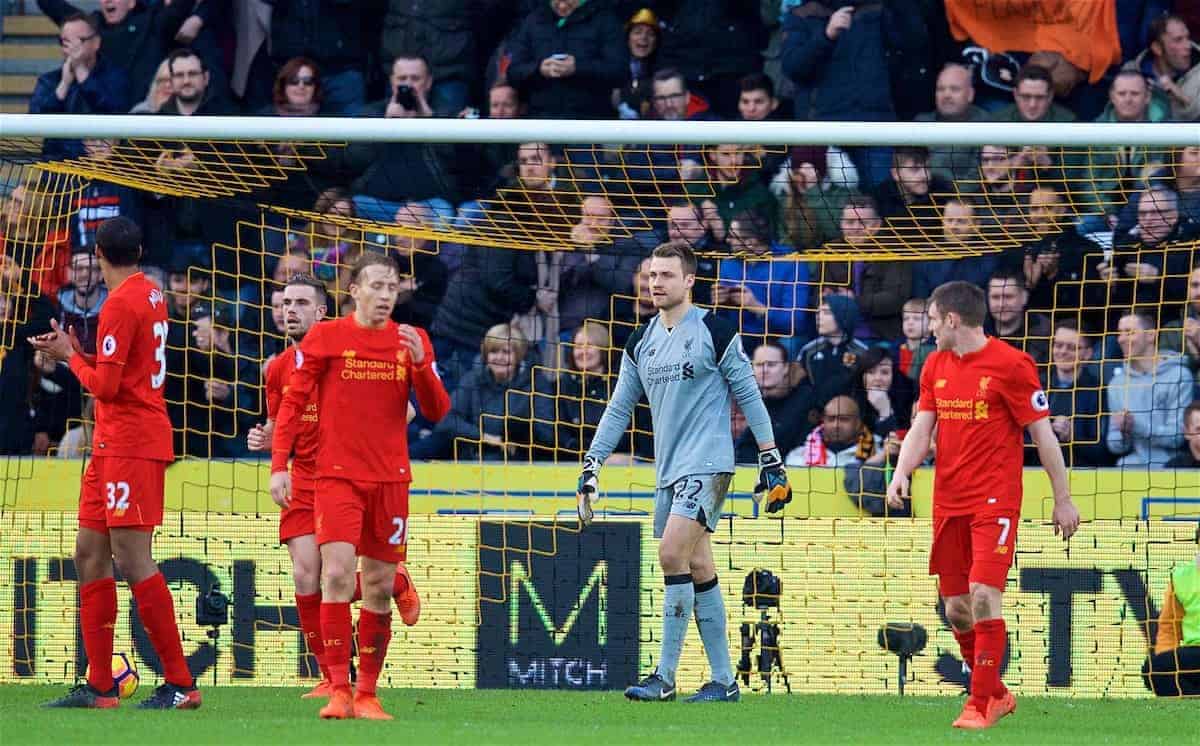 Liverpool produced an abysmal performance as they fell to their fifth defeat of 2017, losing 2-0 away to Hull City on Saturday afternoon.

Having won just once in nine games in January, the Reds will have hoped for a fresh start in February, and were presented with one of the Premier League‘s relegation candidates as their first clash of the month.

Though Hull had struggled throughout 2016/17, the appointment of Marco Silva saw the Tigers improve in form as they prepared to welcome Liverpool to the KC Stadium.

But Jurgen Klopp was himself buoyed the return of his key forwards, with Sadio Mane, Philippe Coutinho and Roberto Firmino all starting, while Adam Lallana returned to his most effective role in midfield.

A 1-1 draw at home to Chelsea on January 31 gave the Reds a lift ahead of their trip across the M62, but this was undermined, sickeningly, by their abject display at the KC. The first half began with a familiar feel, with Hull’s organised defence stifling any creativity for the Reds in the final third, despite their quick, direct approach to moving the ball forward.

Silva’s new-look Tigers side took time to get into the game, but they began to carve out opportunities with Tom Huddlestone dictating play, and January signing Kamil Grosicki drew a save from Simon Mignolet with a teasing cross on the half-hour mark.

But the Belgian was far from convincing as the half came to a close, dallying in the six-yard box as Harry Maguire met a Hull corner, with Villarreal loanee Alfred N’Diaye eventually nodding the home side in front.

It provided a miserable end to a frustrating 45 minutes for the Reds, who needed a responce after the break, painting a familiar scene in the first half. Klopp made no changes at half-time, and nothing changed for his side immediately after, as they continued to struggle to create chances around the Hull penalty area.

It took until the 56th minute for their first opportunity after the break, with Mane’s header requiring an excellent save from Eldin Jakupovic, replicating his heroics against Man United in midweek.

At the other end, Abel Hernandez almost grabbed Hull another, but he was unable to touch Huddlestone’s bouncing ball on target on the move, while Mignolet then stopped him minutes later.

After Coutinho had skewed a great chance wide, Klopp sent on Daniel Sturridge to replace the thoroughly disappointing Emre Can, as he looked to throw attackers at the Tigers’ defence.

But this didn’t prove to be effective, as Andrea Ranocchia took advantage of a loose ball and threaded an excellent pass through for the onrushing Oumar Niasse, with the Everton loanee beating Mignolet to seal a 2-0 win for the hosts.