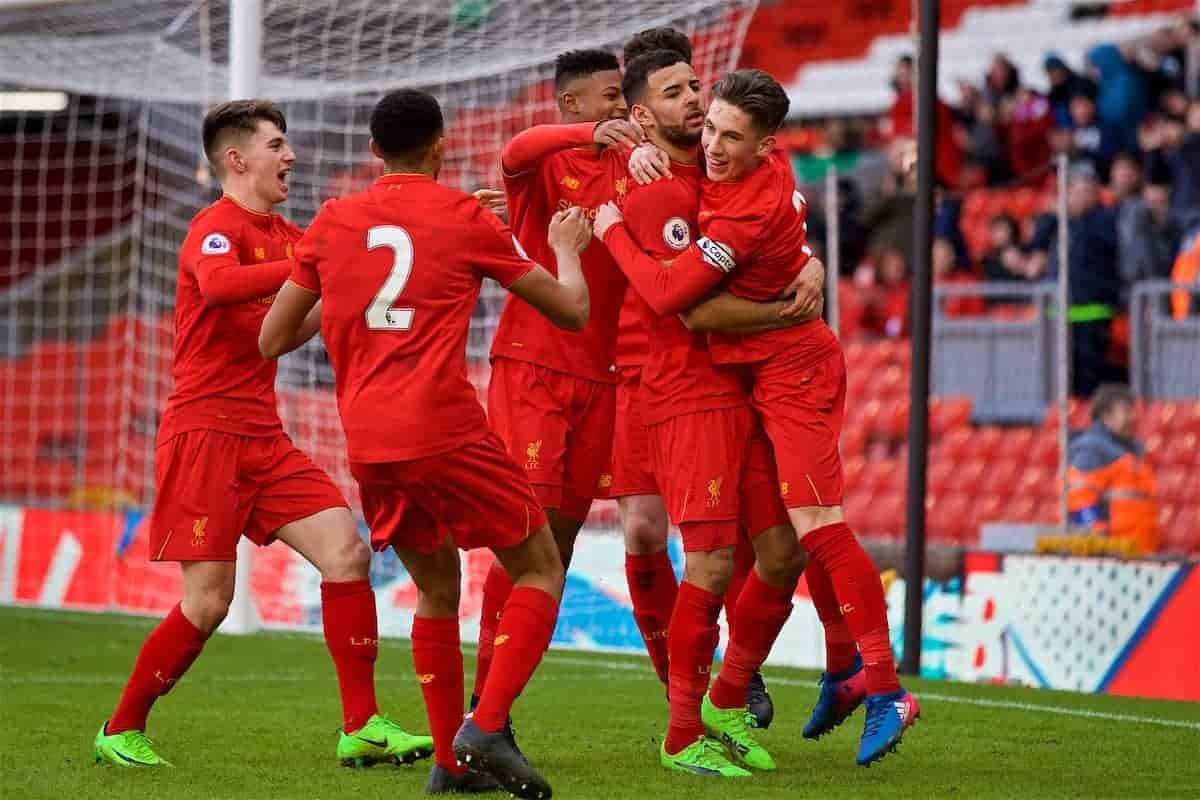 Liverpool under-23s came from 2-0 down to beat Tottenham 3-2 at Anfield on Sunday afternoon.

It was a strong U23s side, featuring Trent Alexander-Arnold at right back, Joe Gomez at centre-back, Kevin Stewart in midfield, with Ben Woodburn, Sheyi Ojo and Harry Wilson in attack – all who had featured for the Reds’ first-team in January.

It didn’t start well though for Mick Garrity’s side who went 2-0 down inside the opening 20 minutes. First Spurs’ Marcus Edwards was given far too much time in the box, then Liverpool produced some poor defending to allow William Miller in to finish.

Liverpool were the architects of their own problems, creating their own mistakes. A familiar story.

But the Under-23s pulled one back from the penalty spot before half-time, with Wilson converting after Alexander-Arnold had been fouled in the box. It was captain Wilson’s 22nd goal of the season.

Garrity made a tactical tweak at half-time, changing to a midfield diamond and playing Ojo alongside 17-year-old Rhian Brewster up front.

It worked, and goals from Ojo and Stewart provided a superb come back.

Ojo’s goal was impressive, cutting in from the right hand side to curl past the keeper with his left foot at the Kop end. Not too dissimilar to his goal against Exeter City in the FA Cup last season.

Stewart then headed home Alexander-Arnold’s cross with five minutes remaining to give the Reds the three points in Premier League 2.