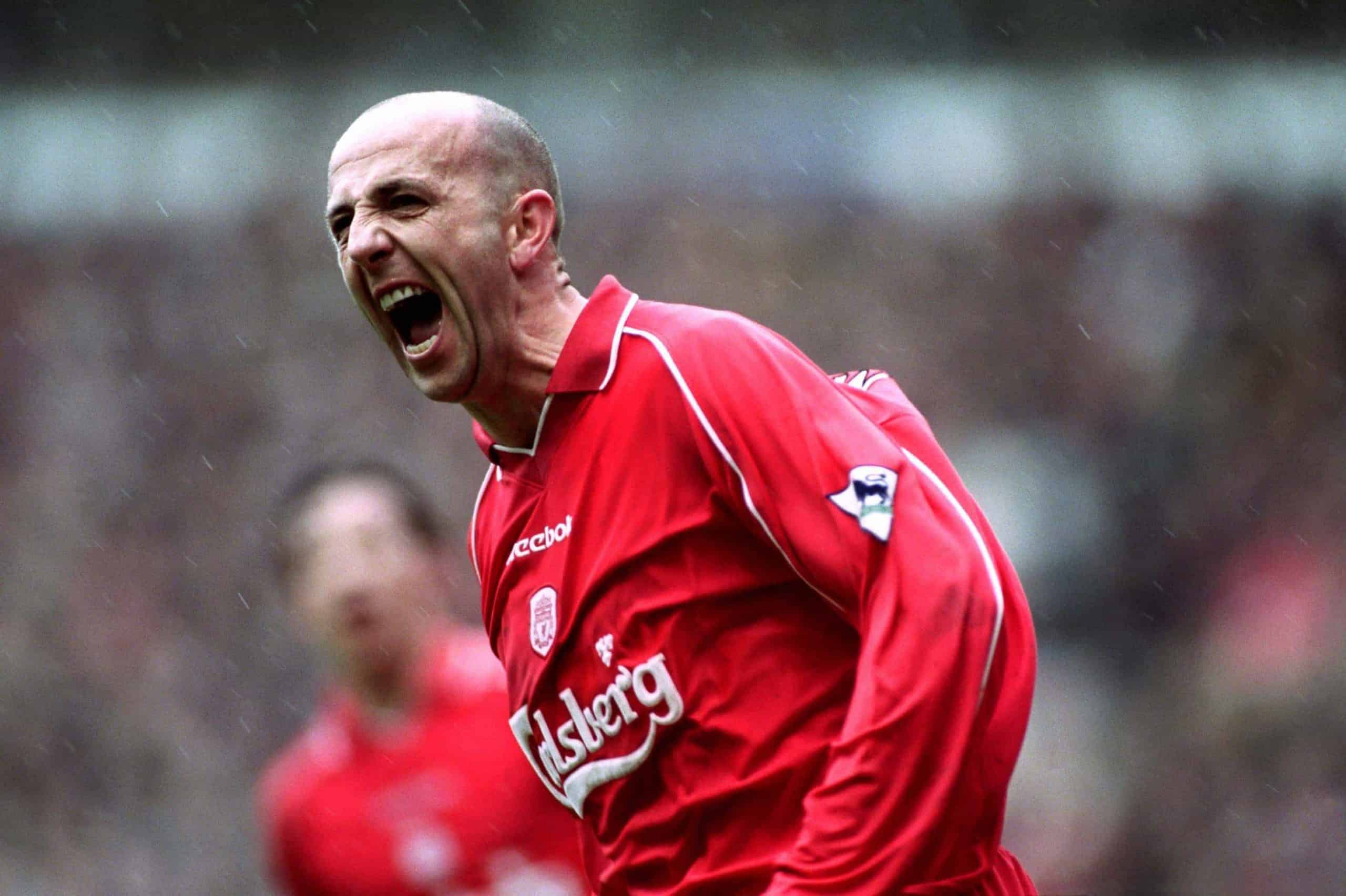 It is 16 years since Gary McAllister ensured he would never have to pay for a pint in Liverpool again, following his unforgettable late winner at Everton.

That night of April 16, 2001 is one that will always fill any Reds fan with a feeling of warmth.

McAllister’s inch-perfect free-kick was the ideal ending to a fantastic Merseyside derby, with Gerard Houllier’s side winning 3-2 and picking up three vital points in their Champions League quest.

It is worth remembering that Liverpool had not played in Europe’s top club competition since it was rebranded in 1992, so achieving that feat meant a huge amount.

Without McAllister’s inspired moment of brilliance at Goodison Park, it may never have come to fruition, and the cup treble that was won in 2000/01 can often overshadow its importance.

David Unsworth’s late equaliser from the penalty spot felt like a real sickener at the time—Sami Hyypia’s ‘foul’ on Duncan Ferguson was one of the softest decisions you will ever see—and a 2-2 draw would have been so damaging.

Eventually, Houllier’s men climbed above Ipswich Town and Leeds United in the Premier League table, however, with their 4-0 win at Charlton Athletic on the final day sealing third place and that priceless Champions League berth.

In terms of league goals, McAllister’s was the most important of that season, and nearly 16 years on, there are parallels to be drawn with this weekend’s 228th Merseyside derby.

Admittedly, the Reds’ local rivals are not relegation-threatened this time around—they finished 16th in 2000/01—and Anfield is the venue instead of Goodison, but it could be equally significant in the Champions League race.

Jurgen Klopp‘s side sit fourth in the Premier League going into the game, but with Man United and Arsenal both having two games in hand and hovering ominously, four and six points behind respectively, dropped points will feel fatal in every remaining game.

Let’s not forget that Liverpool have only played Champions League football once since 2009/10, and that was the dreadful 2014/15 campaign under Brendan Rodgers, so qualifying for it means as much as it did at the turn of the century.

In fact, given the earnings and calibre of player you can acquire by being in the competition these days, it may be even more important.

On paper, this is the Reds’ toughest match between now and the end of the season, with their final eight games almost exclusively against sides with very little to play for. A win would feel so significant.

With Adam Lallana missing, and Philippe Coutinho and Roberto Firmino potentially undercooked after Brazil duty, Liverpool may have to grind out a result rather than entertain the masses.

Everton will be desperate to dent the chances of their cooler, more successful old brother, though, as well as enhance their own chances of catching Arsenal.

Matches like these can so often be decided by a single sprinkling of magic, and a current Liverpool player producing their own McAllister moment would prove to be an almighty shot of adrenalin.

Without the Scot’s glorious strike, Liverpool probably wouldn’t have picked up 16 points from a possible 18 to end their season, and that aforementioned treble may also not have been achieved. It gave them so much belief.

We’re not a picky bunch, but if the Reds can’t get the job done easily this weekend, a McAllister-esque moment for the ages would set the remainder of the Reds’ campaign up in perfect fashion.

Or maybe even a dramatic Ragnar Klavan winner, forever ensuring he receives a call-up for legends games? Any will do.

Occasions such as these can make you hero forever at Liverpool, and another Gary Mac moment could play a key part in the club’s European future.