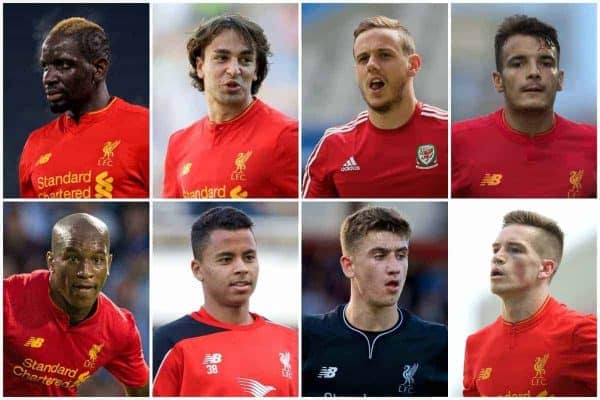 Liverpool’s loanees enjoyed a great week of action, with Pedro Chirivella registering on the scoresheet and Cameron Brannagan claiming an assist.

Chirivella endured a bittersweet time with Go Ahead Eagles, scoring his second goal for the club as they dropped to bottom spot in the Eredivisie after a 3-1 defeat to PEC Zwolle.

Chirivella played a more attacking midfield role than usual, and he opened the scoring after just three minutes, sliding in at the back post to convert a controlled volley from close range after a lung-busting run into the box.

The strike took Chirivella’s tally to two goals and assists since joining the club in January, and no other player Eagles player has been involved more goals in 2017 than the Reds loanee, who is enjoying a pleasingly productive spell.

In the Football League, a succession of bright cameo outings saw Brannagan rewarded with a start for Fleetwood Town against Walsall in midweek, and the youngster made his mark by claiming an assist for the winning goal.

The midfielder delivered a perfect corner—the sort needed at Anfield—to the middle of the six-yard box where Cian Bolger rose to head home what proved to be the winner after 22 minutes.

Brannagan—who was influential from an advanced midfield role—then almost scored his first professional goal, but his attempted curling finish was kept out just when it seemed destined for the far corner.

What a big win that was happy to get my first assist for @ftfc ???

Frustratingly, Brannagan was benched for Fleetwood’s goalless draw with Wimbledon on Saturday despite his impressive performance, restricted again to a substitute outing.

The 20-year-old entered with just under 30 minutes left, and though he was in typically tidy form, he couldn’t produce the moment of inspiration to make the difference as his side searched for a winner.

Disappointingly, Brannagan was the only lower league Red to play this week, as Lloyd Jones was left out of two Swindon Town games and Ryan Fulton warmed the bench at Chesterfield.

Another big positive came with the ever-impressive Mamadou Sakho, who continued his excellent form at Crystal Palace by helping the Eagles to a third successive win and clean sheet with a 1-0 win over Watford.

Now the lynchpin of Sam Allardyce’s defence, the Frenchman led with a typically dominant display at Selhurst Park, where he completed the full game of a crucial victory for the Eagles in their fight against relegation.

Though suffering a few nervy moments, Sakho impressed as he used his physicality to dominate the defensive battle, while also showing his usual crispness in possession to set his side on their way to a deserved win.

Lazar Markovic endured a completely contrasting weekend at Hull City, with the Serbian failing to impress as he turned in an anonymous performance in his side’s 4-0 thrashing at Everton.

Markovic started on the right side of midfield, but he was in disappointing form as he contributed precious little to Hull’s attacking or defensive play in his 86 minutes on the pitch.

And in unsurprising Premier League news, Jon Flanagan was an unused sub for Burnley.

Back on the continent, Allan Rodrigues and Taiwo Awoniyi again went without game time at Hertha Berlin and NEC Nijmegen respectively, but Andre Wisdom did enjoy match action this week.

Wisdom returned to Red Bull Salzburg’s starting XI and marked his recall to the centre of defence by helping produce a 5-0 thrashing of Austria Vienna.

The defender enjoyed a comfortable afternoon as he completed the full game, rarely called into action such was his side’s dominance but staying concentrated to deal decisively with the little he had to.

The victory took Wisdom’s team seven points clear at the top of the Austrian Bundesliga, and having delivered another reliable showing when called upon, he will hope to play a bigger role in his side’s title pursuit.

It was a rare disappointing week for Liverpool’s Championship duo, who both suffered defeat.

Danny Ward in particular had a rare miserable time with Huddersfield, conceding four goals in a shock 4-0 loss to relegation battlers Bristol City on Friday.

Ward wasn’t in his best form on a night David Wagner’s men unperformed all over the pitch—even though he did make one outstanding stop to divert a bullet header onto the bar at 2-0 down—but he could do little about any of the goals shipped.

That won’t be of any consolation to Ward on a night his side missed a big chance to close the gap on automatic promotion places ahead of the international break, during which the 22-year-old will link up with Wales.

Meanwhile, Ryan Kent‘s struggle for game time and form continued, with the winger restricted to a substitute appearance in Barnsley’s 2-0 loss at Norwich City.

With Barnsley trailing 1-0, Kent was introduced just 10 minutes into the second period, at least affording the Reds youngster a decent amount of time to make an impact from his wide-left role.

And Kent was lively in his 35-minute outing, showing desire to carry the fight in search of a comeback—and he perhaps should have made the game-changing impact hoped for, but wayward finishing saw him pass up a decent chance late on.

Tranmere loanee Jack Dunn remains sidelined with a hamstring injury, with the striker hopefully to return to action within two to three weeks.