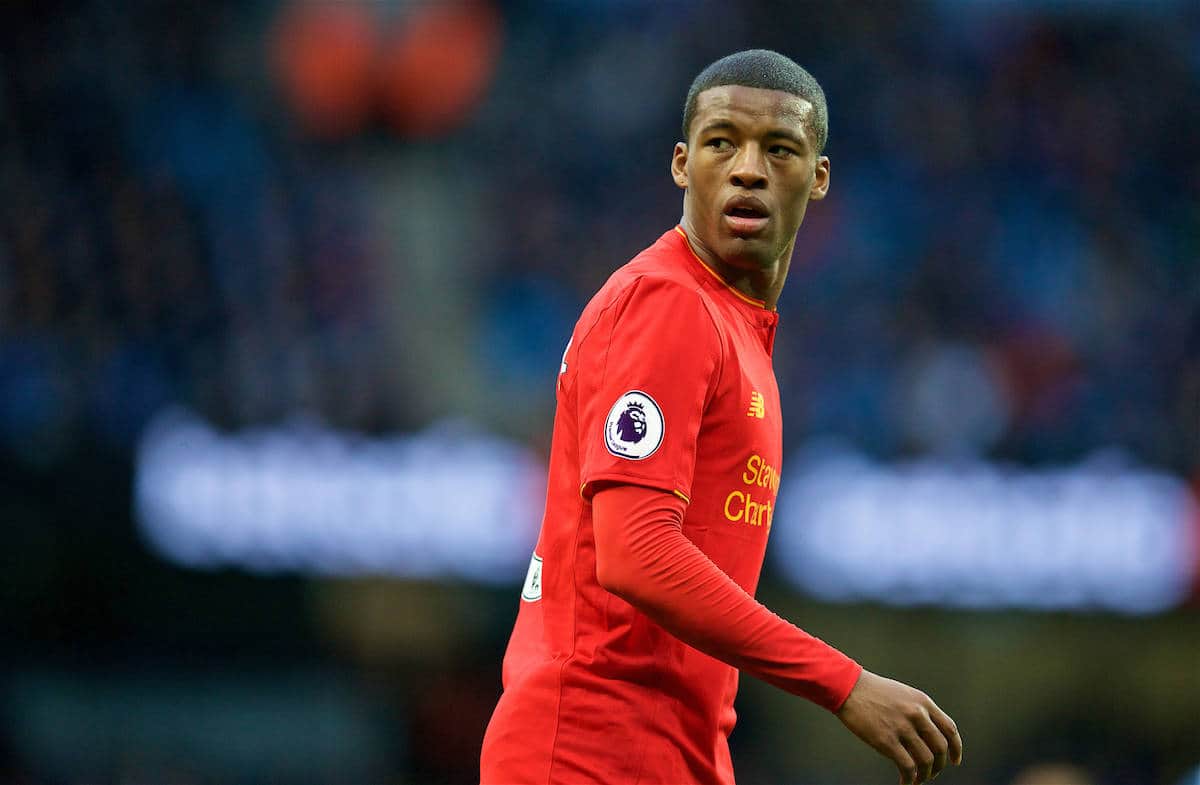 Georginio Wijnaldum was left frustrated by some big missed chances by Liverpool, as the Reds drew 1-1 at Man City on Sunday.

In what was a contender for Game of the Season, the two top-four hopefuls played out a fantastic match at the Etihad, with end-to-end football and huge effort levels on display.

James Milner‘s penalty shortly after half-time put Jurgen Klopp‘s side ahead, but Sergio Aguero’s well-taken equaliser earned City a share of the spoils.

Although the draw was a fair result, and Aguero missed a great chance in stoppage time, Liverpool had wonderful opportunities to put the game to bed after Milner’s strike.

Roberto Firmino was guilty on a couple of occasions, while Adam Lallana missed an absolute sitter in front of the travelling Reds faithful.

It was because of this that Wijnaldum couldn’t feel too happy after the game, although he is confident that such performances will stand them in good stead for the remainder of the season.

“I’m a little disappointed but not a lot because if you look at the game fairly you can see at the end they could have scored two goals,” Wijnaldum told Liverpoolfc.com.

“Before we conceded a goal we had a chance to make it 2-0 and we had a few chances but didn’t take them.

“At 1-1 we had the big chance with Adam Lallana but we didn’t take it, so that’s what makes me a little bit disappointed but I think it’s a fair result.

“We must make sure we try not to lose games because in football you never know what can happen as everything can happen during a game.

“If you play like we did today – and you could see the passion in the team – then it’s difficult to beat us and that’s what we must do every game.”

Wijnaldum was once again an influential performer in the middle of the park, dovetailing effectively with the equally impressive Emre Can.

It was the Dutchman’s beautiful pass that should have eventually led to Lallana making it 2-0, but Liverpool’s lack of ruthlessness was again on show.

All three points for the visitors would probably have been undeserved, in all honesty, but the Reds’ absence of world-class finishers lets them down at key times.

Liverpool have, however, now played all of their top-six rivals home and away, and they are the first team to accumulate 20 points from those games in the Premier League for three seasons.