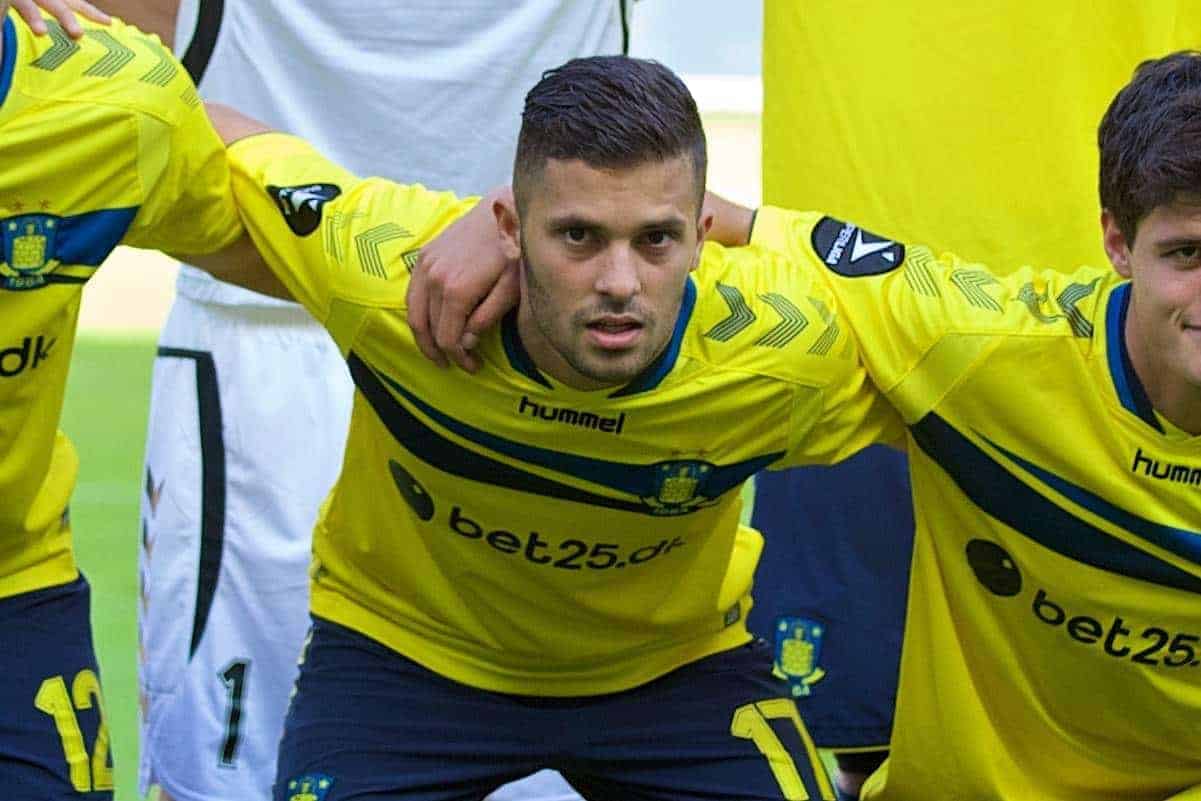 Liverpool have been linked with a move for Real Betis left-back Riza Durmisi and the Danish international has admitted his pleasure at the news.

Having returned from international duty this week, Durmisi took part in his club’s pre-match press conference on Wednesday and seemed to confirm the interest in him from the Reds.

Asked about the potential switch, Durmisi acknowledged that he was in good form and it was pleasing to hear of the interest from bigger sides, but naturally—given the setting he was in—was quick to point out he was only focused on his current club.

“I think I’m playing well but that’s not of interest to me. I’m interested in the whole team playing well and that we win; that’s what I like.

“When Liverpool and other big teams have interest [in you] it’s good, but first of all it’s Betis.”

The 23-year-old signed for Betis from Brondby in the summer and has been a key part of the Spanish side this term, playing at wing-back in a back five system more often than not. Durmisi wouldn’t be the first former Brondby defender to grace Anfield if the switch were to come about; former centre-back Daniel Agger was signed from the Danish outfit and Durmisi admitted back in January that he would speak to the ex-Liverpool man—if any transfer bid was made.

A £17 million offer has previously been reported as necessary to prise Durmisi from the Andalucian club, though it’s worth noting he has repeatedly said he’s in no rush to leave Betis.

The Verdiblancos have improved since the early weeks of the season, when they were a shambles under Gus Poyet, but his sacking and the appointment of Victor Sanchez as head coach has led to something of a turnaround. They currently sit 13th in the table, 10 points clear of the relegation zone.

Durmisi has won 18 caps at international level and played the full 90 minutes in the 0-0 draw with Romania last week, leaving Denmark third in their World Cup qualifying group.

Liverpool fans can expect plenty more links to left-backs to crop up over the coming months, with Alberto Moreno out of favour and James Milner out of position, and Jurgen Klopp likely to invest heavily in upgrading the squad—especially if the Reds end the season in the top four, securing Champions League football next term.