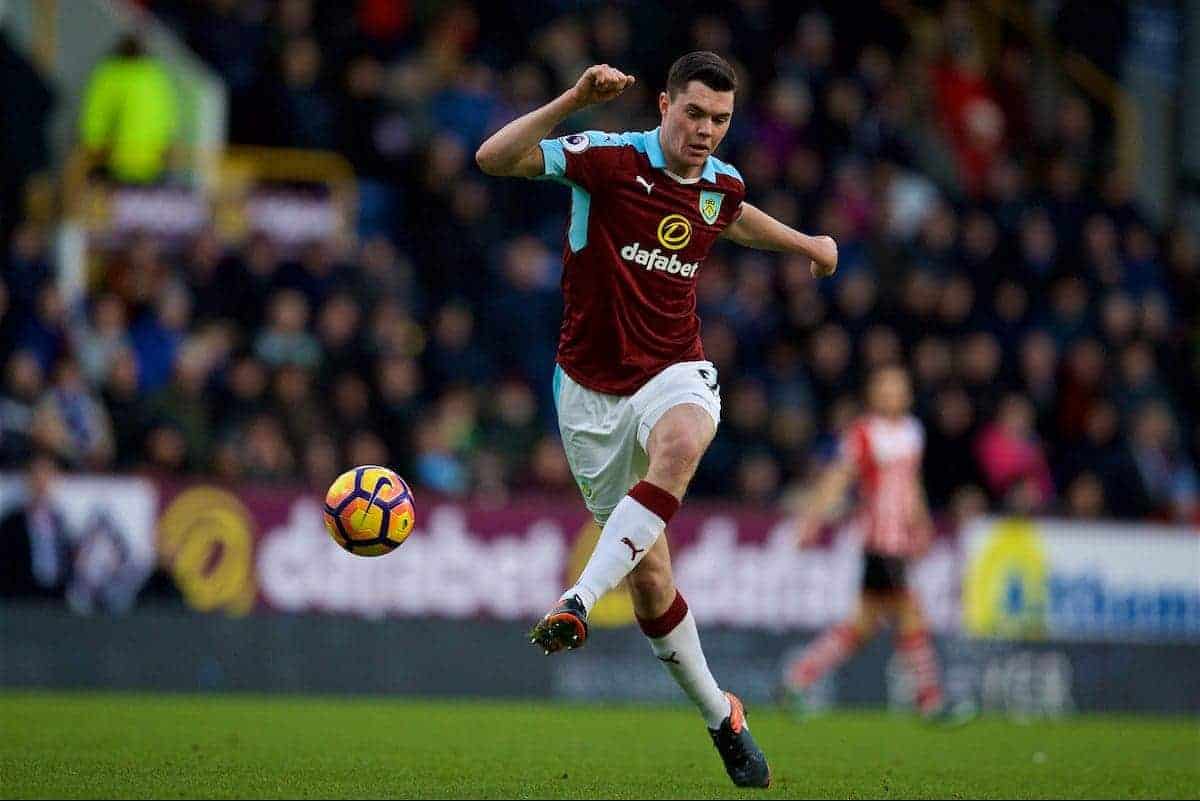 Liverpool are the latest club reported to be considering a summer bid for upwardly mobile Burnley and England centre-back Michael Keane.

Jurgen Klopp is likely to be trawling the market for another centre-back this summer, with Dejan Lovren suffering a series of injury issues and Lucas Leiva touted with a move away from Anfield.

The Reds have already been heavily linked with a move for Virgil van Dijk, though speculation has cooled since the Southampton captain’s injury layoff.

And the latest player mooted to be on Klopp’s summer wish-list is Keane, with the Mail naming Liverpool among a host of their Premier League rivals as interested in the 24-year-old.

Everton, Man City and Leicester City are also said to be weighing up their options, with Keane most likely to move to the other side of Stanley Park.

Klopp is reportedly “impressed by what he has seen” of Keane, who has played every minute of every Premier League game for Burnley so far this season.

This has seen him play a key role in the Clarets’ excellent home record, as well as their awful away run, including both clashes with Liverpool in August and earlier in March. If Keane did join Liverpool, it would be an interesting step in the 24-year-old’s career, having previously come through the ranks at Man United.

Born in Stockport, Keane spent his entire youth career at Old Trafford, as well as his first four years as a professional, though he made just five senior appearances during his time with United.

Few players have represented both Liverpool and United over the years, with only Paul Ince and Michael Owen doing so in the Premier League era.

Whether Keane would be given a similar reception if he left Lancashire for Merseyside is questionable, given his muted role while at United.

Keane is a 6’2″ centre-back who would add strength, guile and composure to Klopp’s defensive ranks, with his intelligent reading of the game suiting Liverpool’s high line at the back.

Making the step up to Anfield would be a big task, however, particularly given Keane would see a lot more of the ball under Klopp.

But he is an accomplished Premier League centre-back who is only set to improve, and Klopp could take a closer look during the international break, when Keane is expected to make his England debut.