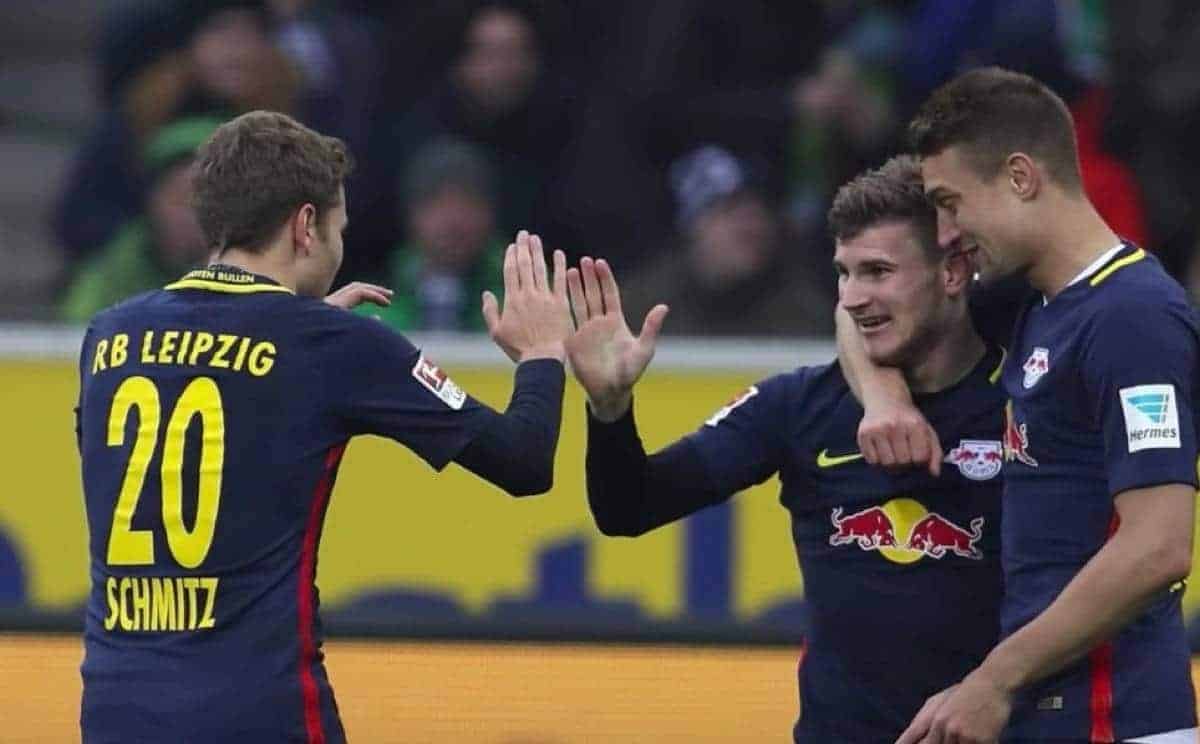 Liverpool are said to be scouting Bundesliga challengers RB Leipzig heavily this season, with striker Timo Werner emerging as another possible target.

The Reds have been regularly linked with a host of Leipzig players, with Naby Keita and Emil Forsberg the most prominent of those touted with a move to Merseyside.

This comes with Ralph Hasenhuttl’s side emerging as the surprise package of the German top flight this season, despite only being promoted from 2.Bundesliga last term.

Speculation is unlikely to end any time soon, either, with Werner the latest to be touted with a potential summer move to Anfield.

According to the Mail, the 21-year-old “grabbed [Liverpool’s] attention and fits the profile of player they want this summer.”

This comes with Jurgen Klopp apparently making left-back, centre-back and centre-forward priorities in the transfer market ahead of the 2017/18 campaign.

Werner has scored 14 goals and assisted a further six in just 24 games in the Bundesliga this season, after joining Leipzig from Stuttgart in an £8 million last summer.

Able to play all across the forward line, Werner is comfortable operating in a high-intensity pressing system, and would certainly suit Klopp’s Reds perfectly. But while Klopp will no doubt look to the Bundesliga for further reinforcements, after signing Alex Manninger, Loris Karius, Joel Matip and Ragnar Klavan last summer, this link seems questionable.

With Forsberg and Keita already listed as possible targets for Liverpool, adding another Leipzig player to the list is rather convenient.

Their status as a newly promoted side gives speculation more credence than if players from Bayern Munich or Borussia Dortmund were regularly linked, but this is very much flavour of the week.

It would not be unfeasible to see the likes of Willi Orban, Marcel Halstenberg, Diego Demme and Oliver Burke also reported as Reds targets before the end of the season, too.

Even ex-Liverpool goalkeeper Peter Gulacsi, firmly established as Leipzig’s No. 1 goalkeeper, could fill column inches in the coming months.