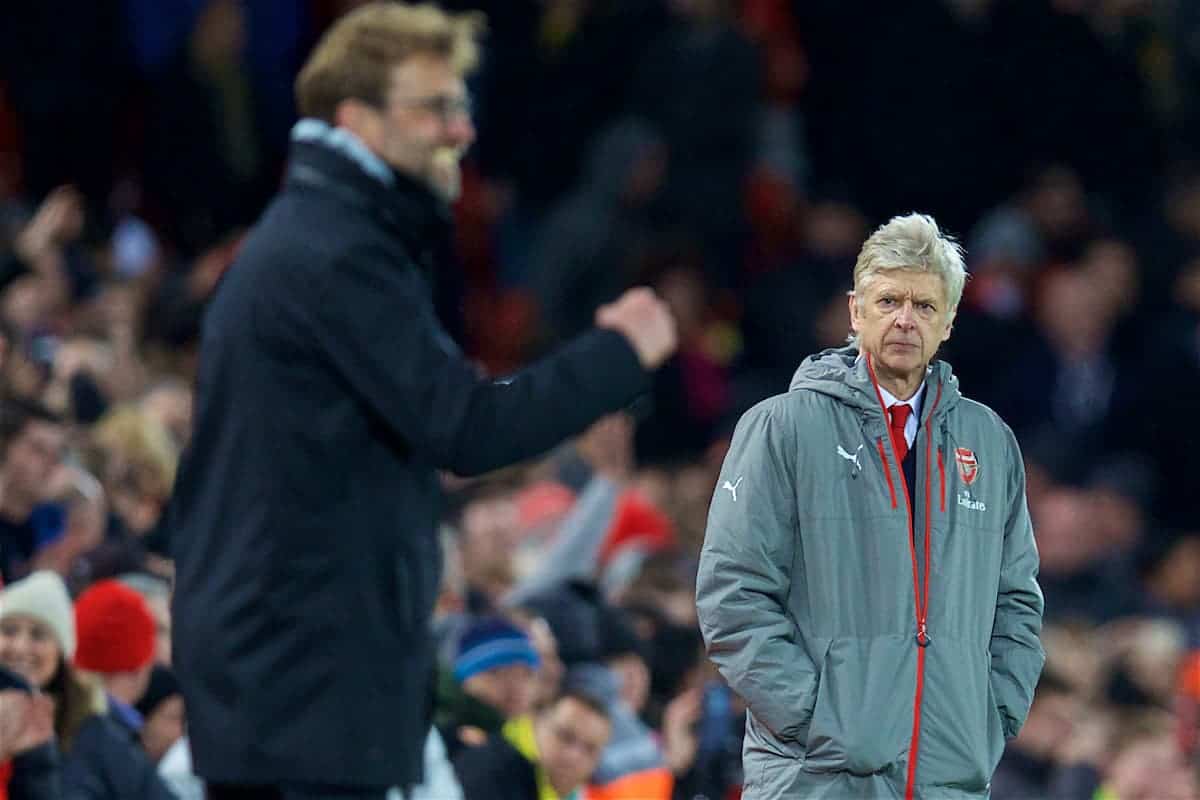 Arsene Wenger admitted that his gamble of starting Alexis Sanchez on the bench backfired, after Arsenal lost 3-1 to Liverpool at Anfield.

Goals from Roberto Firmino and Sadio Mane gave Liverpool a comfortable 2-0 half-time lead before the Chilean made his belated introduction to the match immediately after the interval.

He laid on the assist for Danny Welbeck, who was making his first Premier League start of the season, to halve the deficit and inject some much-needed pace into a lethargic Arsenal side before Georginio Wijnaldum sealed all three points in stoppage time.

Victory for the Reds sees them leapfrog the Gunners into third place and recover from their poor 3-1 defeat to defending champions Leicester on Monday night to record only their second league win in 2017.

On his decision not to start with Sanchez, Wenger told BT Sport: “Yes [it did backfire].

“But I felt that in the first half that the strikers suffered because we didn’t dominant in the midfield.

“And in the second half half you could see that it was easier because Danny Welbeck and Olivier Giroud were much better. So it’s always debatable.

“It took us a while to get into the game. We were not completely at the races in the first half and we conceded cheap goals and direct goals from their goalkeeper.

“We had opportunities to come back in the second half and responded well but it’s true, we didn’t perform to our level [in the first half].”

Asked whether the Gunners, who have slipped to fifth, can still make the top four, he said: “It is a possibility that we can still make it, so let’s focus on that.” Jurgen Klopp hailed his Liverpool side for responding to Monday’s defeat with a positive result but said he is more focused on the long-term success of the club.

He told BT Sport: “Because we were so angry about the Leicester game, I told the boys that at this moment [we are] on the roller-coaster of the league—so up and down, up and down but mainly up.

“So that is good and we should not forget that we can do things like we did today and we will work on this, but the focus is on the long-term project.

“I understand that some people will lose their patience but we can’t. Development is inconsistent until you are the team you want to be, then you will be consistent.

“That’s where we want to be and we try hard and anything for it, and today we show our nicest face against a strong opponent.

“After half-time, we had to adapt because Sanchez is a different style to Welbeck. Si [Mignolet] had to save our lives one or two times, but then we controlled it again.”