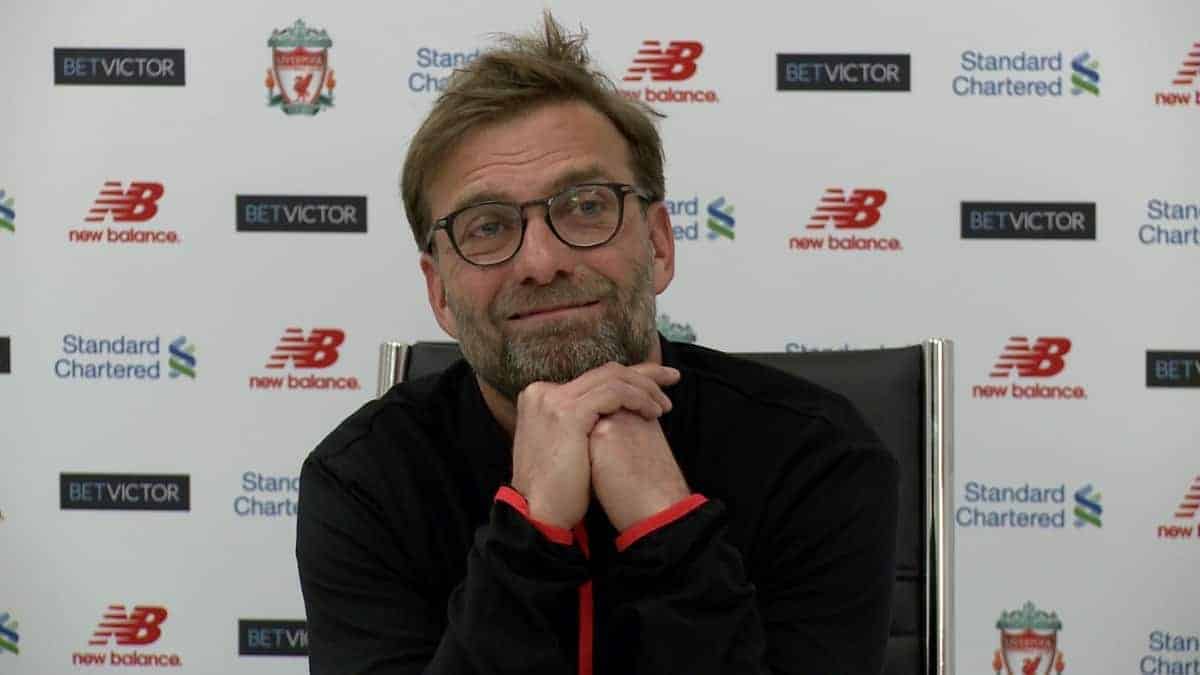 Jurgen Klopp discussed inconsistency, competition for places and injuries ahead of Liverpool’s clash with Arsenal on Saturday evening.

The Reds will be looking to return to form when they take on their top-four rivals at Anfield this weekend, hoping for a response to their 3-1 defeat to Leicester City last time out.

Klopp has seen his side struggle for consistency throughout the season so far, and this was on the agenda as he addressed reporters on Friday.

“The start [of the season] was like it is in an ideal world, a free-flowing start,” he said.

“After pre-season we were all convinced we had all the different things. Completely optimistic, that’s how it [was].

“We’ve already had a few bad moments together. It doesn’t feel that free-flowing any more, but that’s how seasons are.

“Obviously we have this lack of consistency, we cannot ignore it, because we were involved in the games.

“We are now in the middle of the season, and it makes sense to try to deliver again on Saturday!”

Klopp will be without both Jordan Henderson and Daniel Sturridge in his attempt to inspire victory, however, while he revealed Dejan Lovren could feature after a knee injury.

The German is still lacking in depth throughout his squad, but he attested that losing to the Foxes made it more difficult to change his lineup either way.

“We haven’t had a lot of opportunities to change it. If you win it’s easier to change than if you lose,” he explained.

“It’s always good to have the choice, because then you can react on shape and form—but in this moment we don’t have that big choice.”