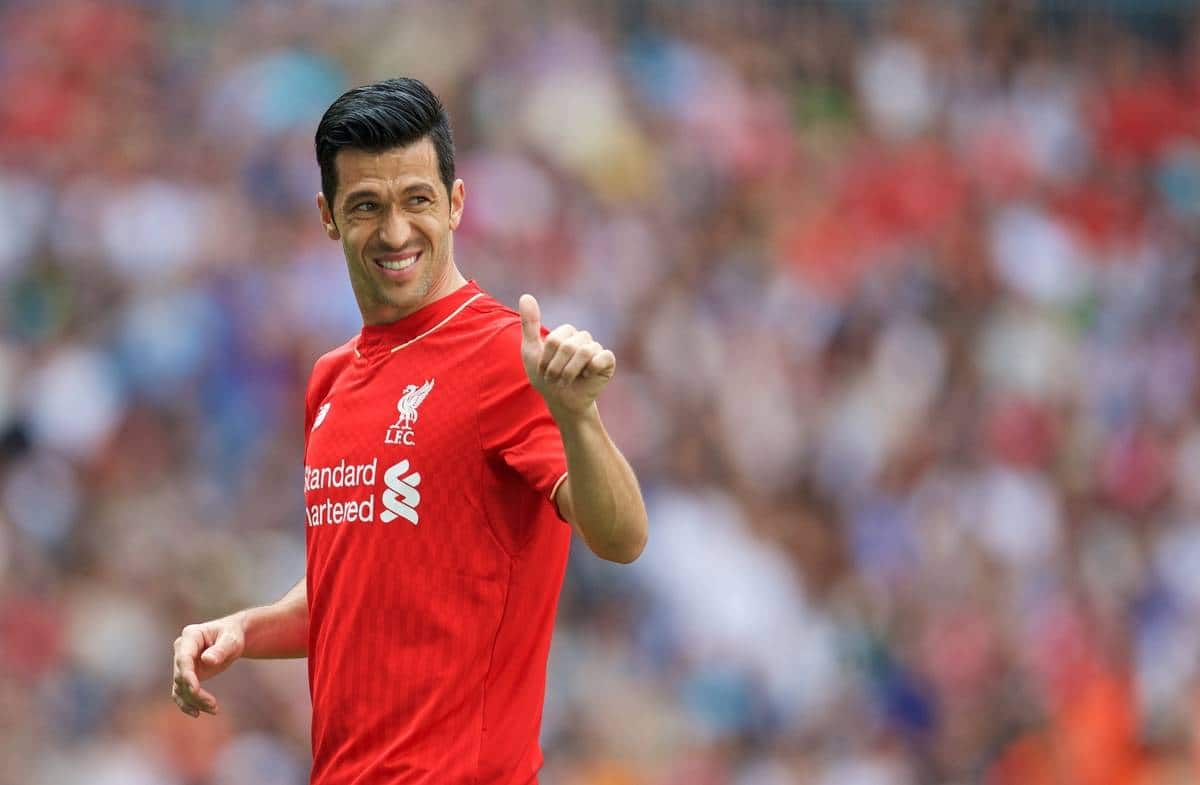 Liverpool legend Luis Garcia has conceded his team-mates are eager to secure victory over Real Madrid at Saturday’s charity clash at Anfield.

The Reds legends take on their Real counterparts in support of the the LFC Foundation, with Garcia among those to return after their 4-2 loss at the Santiago Bernabeu in 2015.

In front of a packed crowd on Merseyside, with the new Main Stand adding 8,500 new supporters to Anfield, they will have a great chance to respond.

And Garcia said that, while he was not looking for “revenge,” he was eager to win on Saturday.

“Like always, it’s great to be back at the Mersey,” he said.

“To play at Anfield is not something that happens every day, and we’ll try to enjoy it very much.

“It’s not revenge, everybody likes to win of course, we are professional players so you never lose that thing about winning.

“Of course we would like to win, but the most important thing is why we’re here.

“We’ll try to put on a good show for all the people who come to the stadium.”