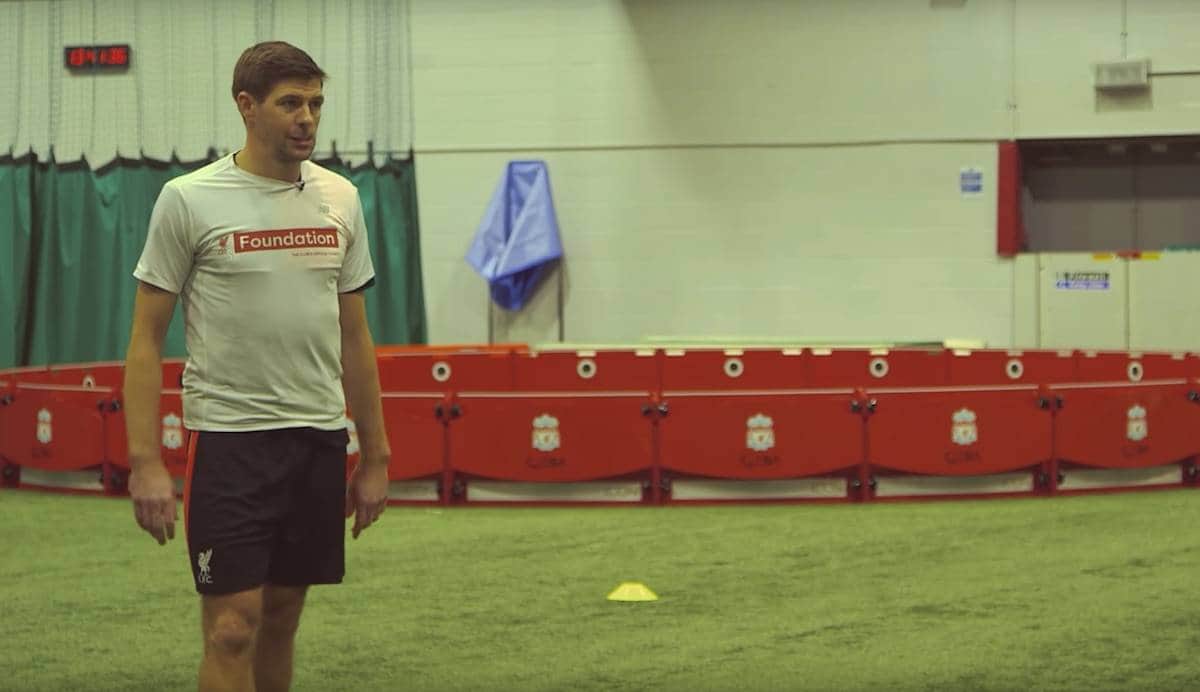 Ahead of Saturday’s Liverpool legends match against Real Madrid on Saturday, Steven Gerrard and co. have been training at the Reds’ academy to get in shape.

The match, which is to raise funds for the LFC Foundation, will see Gerrard take to the Anfield turf for the first time since he left the club almost two years ago.

SEE ALSO: A sneak peak inside Anfield’s new Main Stand corridors ahead of their completion

Ahead of the game, Gerrard, Gary McAllister, McManaman and Alan Kennedy took part in Copa90’s ‘5 shot challenge’ at the Reds’ academy.

Watch the video above to see how they got on – with the footage really giving you an idea of just how powerful Gerrard’s shots are. Incredible.

Decent strike from Kennedy too, showing he’s still got it at age 62!