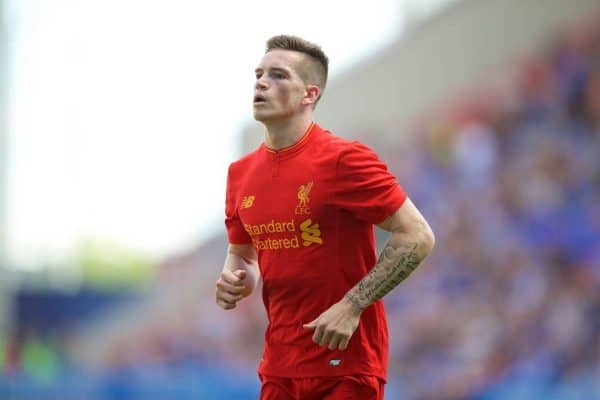 Bournemouth and Brighton in for young Liverpool winger

Liverpool winger Ryan Kent could be set to leave the club after his loan spell with Barnsley, with two Premier League clubs interested in a move.

Kent has made 44 appearances for the Tykes this season, scoring three and assisting three, including an excellent solo goal in a 3-2 loss to Wigan Athletic earlier in April.

Having made a strong impression at Oakwell, Kent could be targeting a place in Jurgen Klopp‘s squad for 2017/18, but this seems unlikely.

According to the Mail, Kent is attracting interest from both Bournemouth and Brighton & Hove Albion, as they plan for the next Premier League campaign.

Bournemouth have all but secured their place in the English top flight for next season, while Chris Hughton’s Seagulls earned promotion on Easter Monday.

Leeds United are also mooted as a possible destination for the 20-year-old, who has been on the books at Liverpool since 2003.

Klopp is said to be an admirer of Kent, but his chances of sealing a first-team role next term are slim, as he would already find himself behind the likes of Harry Wilson and Sheyi Ojo.

Kent signed a new long-term contract with the Reds in 2015, and they could look to capitalise on his impressive spell with Barnsley and broker a sale.

However, Kent would be wise to consider his options, particularly given the struggle his former team-mate Jordon Ibe has endured at Bournemouth this season.

Ibe joined the Cherries for £15 million last summer, but has made just 23 appearances for Eddie Howe’s side this season, including a meagre 13 Premier League starts.

The 21-year-old is yet to complete a full 90 minutes in the league, and has played 337 minutes in all competitions since the turn of the year.

Howe has admitted Ibe’s impact at Dean Court has been a “disappointment” so far, having failed to take his chances when given them.

It would be unfair to suggest Kent would follow in Ibe’s footsteps if he moved to the south coast, but he would arrive with significantly less experience.

Ibe’s plight should be a warning sign to Liverpool’s youngsters set to move on at the end of the season, as joining the right club is imperative at this stage in their careers.