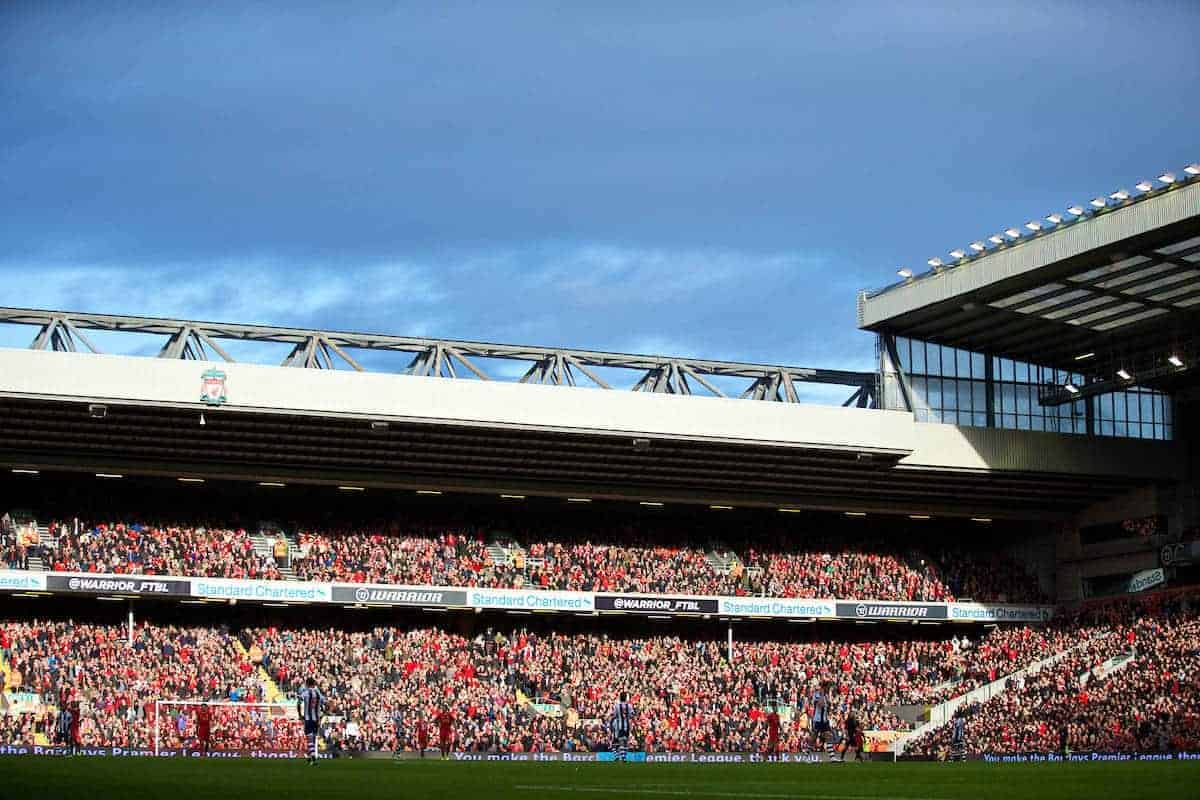 Qualifying for the Champions League will be vital for Jurgen Klopp to attract his top targets to Anfield this summer – and it will also have a profound effect on the stadium itself.

With just five games to go, the Reds are on course to finish the Premier League season in the top four. And should they qualify for Europe’s elite competition, the benefits to the club would be wider than was immediately obvious.

Additional revenues from Champions League participation would prove to be a massive encouragement for owners Fenway Sports Group to announce plans for phase two of Anfield’s expansion.

The phase two expansion is estimated to cost in the region of £70m and this is where Champions League qualification comes in.

A decent run in the competition would be worth £50m – a sizeable portion of the expansion cost. Leicester have generated close to £30m in prize money alone from a run to the quarter-finals. TV money and selling out additional home games would substantially boost that figure.

Fenway are continuing to explore phase two, with sources close to the club believing the plans will see another 7,000-8,000 seats added to the Anfield Road end, bringing the ground’s capacity to somewhere in the region of 61,000 to 62,000. It is also understood that the club have made more money back in the first year of the new £114m Main Stand than they anticipated, an additional boost as the owners consider the financial implications of further expansion.

The final touches to internal fittings within the Main Stand are being completed, such as the media centre and external club shop.

Over the summer, Fenway are also increasing the number of wheelchair bays from 195 to over 250 positions, plus over 150 extra amenity and easy access seats. The Reds will also add around 470 new seats at the back of the Kop.

It is understood that once these works have been completed ahead of the new season, an announcement on the Anfield Road end will be made.

Phase two has never had a planned start or completion date, but the club currently have outline planning permission, which has been in place since April 2014.

The expiration date of the outline planning permission is September 2017, which means Liverpool have until then to submit a further application with more details on the design, or the outline approval would expire.

That said the club have always been relaxed in terms of that deadline because the Council would support any new planning application if it were required. Another consideration for Fenway in terms of the Anfield Road has been Everton’s plans for a new stadium. The Liverpool owners are keen to ensure Anfield has a bigger capacity than any new planned stadium for Everton.

They also want to ensure facilities and the fan experience at Anfield are not trumped by the new Everton stadium, meaning the Toffee’s happiness at the prospect of a new stadium is also very good news for Liverpool.

The smart money points to Fenway making an announcement on the expansion of the Anfield Road end over the summer. Let’s hope so.