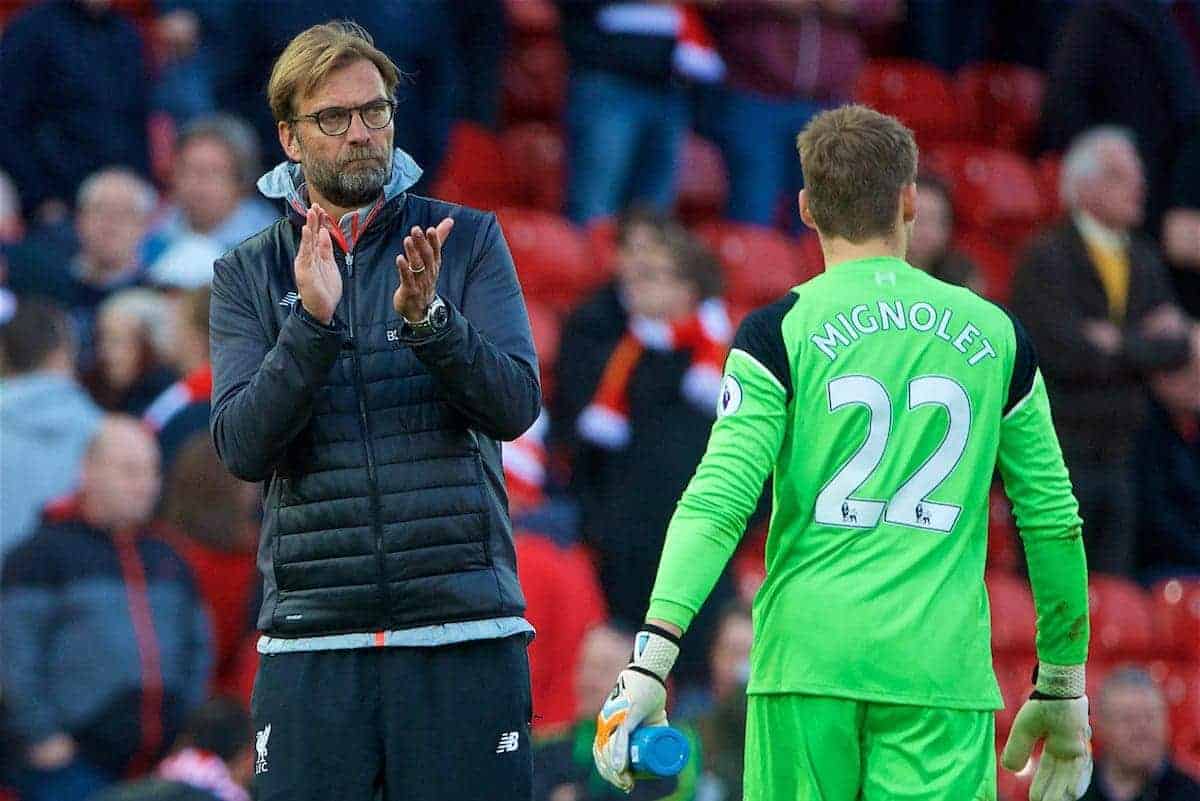 Jurgen Klopp was left to explain Liverpool’s defensive failings once again, as Christian Benteke and Crystal Palace ensured a 2-1 loss at Anfield.

Despite Philippe Coutinho‘s masterful opener, Benteke’s brace either side of half-time consigned the Reds to their first defeat in eight games on Sunday afternoon.

It was a hugely frustrating performance from the home side, particularly given their current battle for a top-four finish.

And this disappointment was compounded by familiar problems at the back, with Benteke’s goals—the first from a counter-attack and the second from a corner—highlighting key issues.

This is something Klopp looked to address after the final whistle, struggling to comprehend his side’s approach in defence.

“Christian Benteke is an outstandingly good striker and there’s absolutely no doubt about it,” he told reporters.

“But if you leave him alone like we did around the first goal then I am not sure he needed all his skills for this goal.

“A lot of strikers maybe would fail in a moment like this because it was probably not the easiest [chance], but we left him alone and that makes no sense.

“The second one, that’s our mistake and nobody else to blame for it.”

For Benteke’s winner, a stooping header inside the box from a low, drilled corner, Klopp bemoaned his players’ inability to clear their lines—particularly left-back James Milner.

“I haven’t seen it again yet. It was really close, we had four players there in this space and Emre [Can] is blocking Benteke in this moment probably, but I didn’t see it,” he explained.

“It would not be a real surprise for me if somebody had blocked Emre so Christian could go there, but if you’ve seen it again on television, I am not sure.

“It’s a low cross and Milly knows that he usually hits the ball, that’s his position and he shoots it away and then it’d be a bad corner.

“Benteke usually gets the ball two-and-a-half metres high, but for this one he had to go on his knees.

“In this moment I already want to strike back but I can’t because I have to wait a little bit [until Watford].

“We will use the time and try everything to make the best of this season.

Liverpool have four games left to play before the end of the season, with a trip to take on Watford next up on May 1, and they will need a much-improved defensive display at Vicarage Road.