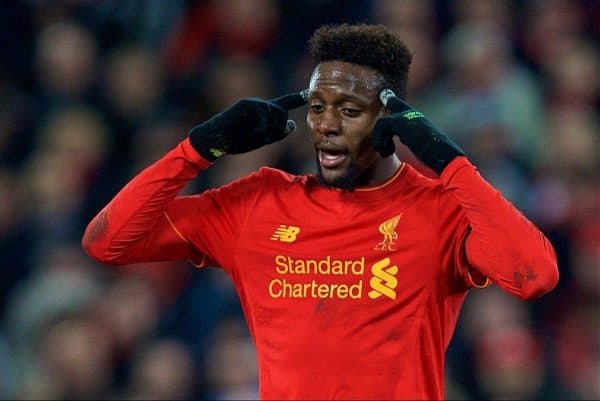 A late goal from Bournemouth‘s Josh King saw Liverpool fall to a 2-2 draw at home to the mid–table outfit on a crucial night at Anfield.

After kicking off their return from the March international break with a resounding 3-1 win at home to Everton on Saturday afternoon, Liverpool remained at Anfield for their midweek clash.

Their opponents on Wednesday night were Bournemouth, with the visit of the Cherries reopening the wounds of that chastening 4-3 loss at Dean Court at the end of 2016, providing Jurgen Klopp‘s side with further fuel to push for victory.

The German was dealt a blow in his preparations with the injury of Sadio Mane, as the winger joined Jordan Henderson and Adam Lallana on the treatment table, restricting Klopp’s selection.

Nevertheless, Klopp was still confident his altered lineup could secure victory over the mid-table Bournemouth, but it wasn’t to be.

After a confident start from the Reds, a moment of typical uncertainty from Simon Mignolet set the tone, with Benik Afobe growing in confidence as he pressed the Liverpool back line into mistakes.

It was an abysmal backpass from Georginio Wijnaldum that gave Bournemouth their opener, bizarrely slotting Afobe in to nudge past Mignolet and make it 1-0 after just seven minutes.

Remarkably, Liverpool’s best chances in the opening 20 minutes came from set-pieces, with Divock Origi spurning the best opportunity to equalise at the back post.

Bournemouth looked to have found a foothold as they sought another clean sheet, but just as the Reds looked set to fizzle out, Coutinho wriggled free in the box and sent it beyond Artur Boruc for 1-1.

This gave the Reds new life, and they went into the interval the more assured side after a change in emphasis at Anfield.

Liverpool looked to get out the blocks early in the second half, and a second goal almost came from a very unlikely source, as birthday boy Nathaniel Clyne hammered the crossbar from 25 yards.

The Reds continued to dominate, pinning Bournemouth back, but neither Clyne or Wijnaldum could test Boruc with wild, left-footed efforts from range.

Wijnaldum was clearly intent on making up from his early error, and he was able to do so just before the hour, dancing into the box and sitting the ball up for Origi to head home his 10th goal of the season.

Klopp sent on Joel Matip, moving Liverpool to a five-man defence, as he looked to hold onto the lead, but that wasn’t the case as the Cherries push forward.

With the home defence struggling to clear their lines late on, Harry Arter’s powerful strike fell to King, with the former Man United forward turning and firing home a late equalising blow.