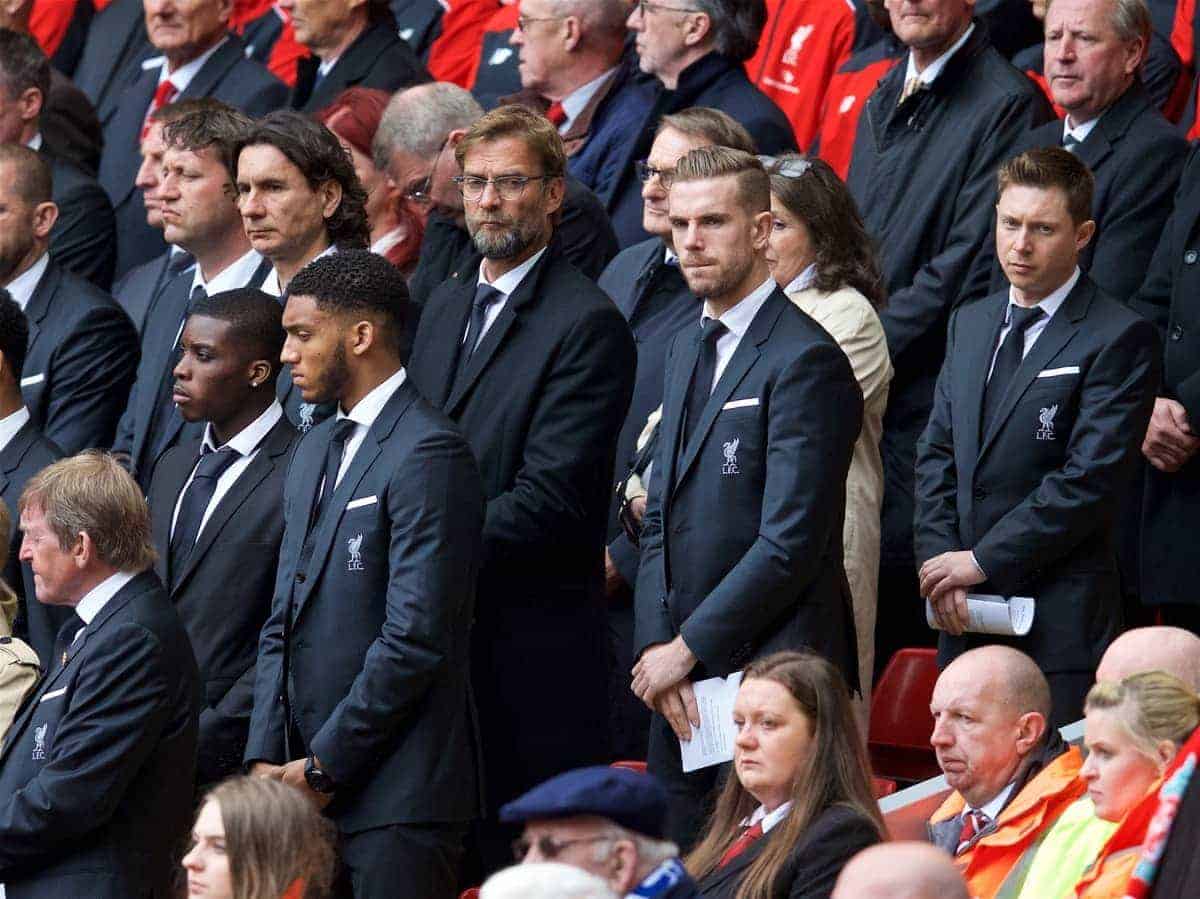 On this, the 28th anniversary of the Hillsborough disaster, Jurgen Klopp and the Liverpool players will pay their respects at the club’s training ground.

Instead, a service will be held at Liverpool’s Anglican Cathedral for the families.

The players and staff will pay their own respects at Melwood, where a temporary memorial has been installed.

Jurgen Klopp and captain Jordan Henderson will lay flowers before the squad will stop training and gather in front of the memorial just before 3.06pm, the time the FA Cup semi-final between Liverpool and Nottingham Forest was stopped in 1989.

“We will of course mark the occasion as a team – this is important. I know, at the wish of the families, this is the first year where the service does not take place at Anfield. But that doesn’t mean we won’t stop and remember in an appropriate manner.”

“There is a memorial at Melwood, with the names of the 96 people who lost their lives on April 15 1989; we, as a team, will pause, show our respect and remember them on this day. For the victims, the families of those who died and the survivors, their story will always be our story.

“Their memory and the spirit of those who fought for them long after their deaths, will always be a reason for inspiration and hope, as well as sorrow.”