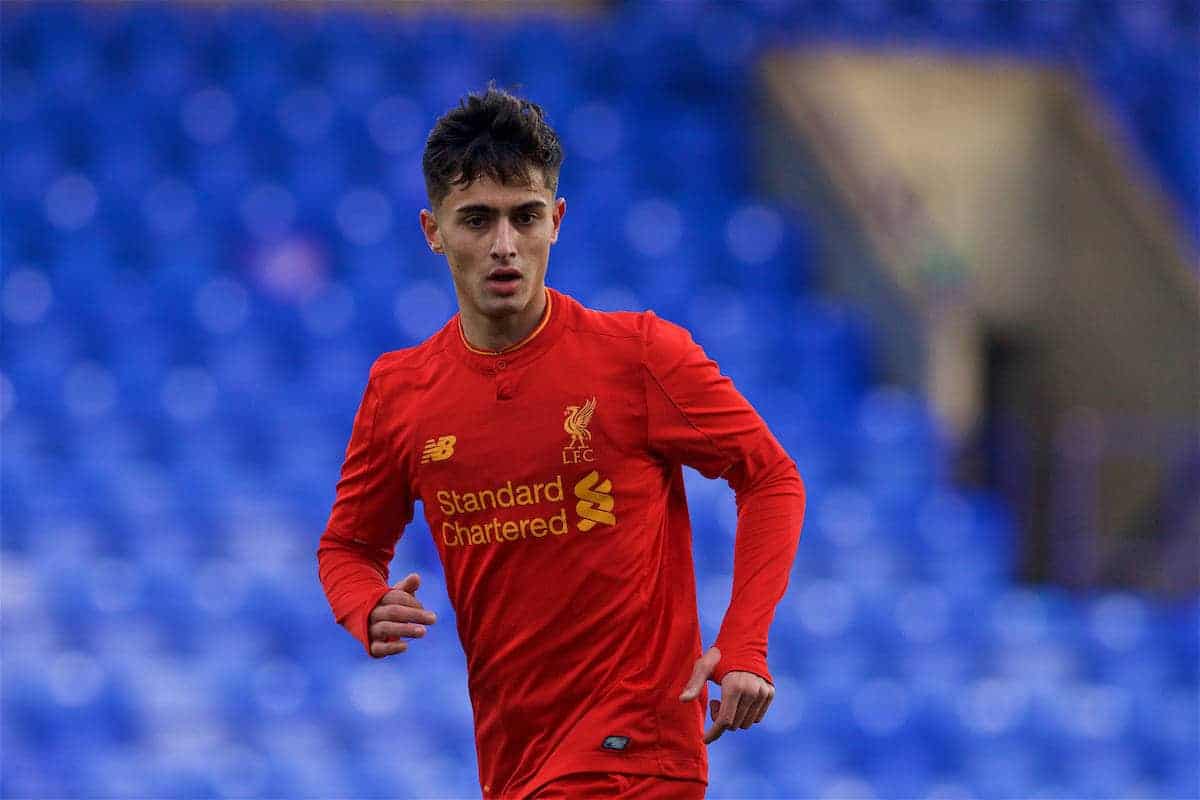 The young Reds welcomed their Greater Manchester counterparts to Kirkby on Wednesday night, looking to seal progress to a prestigious final.

Having emerged victorious against Burnley and Bolton Wanderers on their way to the semi-finals, scoring seven and conceding just once, Mike Garrity’s side will have been confident of a win.

Garrity deployed the majority of his leading lights, including Joe Gomez and Sheyi Ojo, in Monday night’s Premier League 2 win at home to Man City, leaving him with a much-changed group.

But Dhanda was among those to start, along with Conor Masterson, Matty Virtue and Toni Gomes, giving onlookers a glimpse of the future.

It took the U23s just four minutes to break the deadlock, with Dhanda sending in a perfect cross for experienced centre-back Tom Brewitt to head home, after his initial corner was cleared.

The 18-year-old then set Gomes up for the young Reds’ second, with his mazy dribble allowing him to lay the ball into the path of the prolific striker to make it 2-0.

And shortly after, Dhanda was rewarded with his first goal of the night, latching onto Madger Gomes’ excellent pass to finish. Dhanda remained at the heart of everything good for Liverpool at Kirkby, and it was his nimble footwork, driving at the Rochdale defence, that opened up space for the home side’s fourth.

The former West Brom youth played the ball out to Sam Hart on the left, with the 20-year-old crossing for Gomes to head home for his brace.

This saw Garrity’s side finish the first half 4-0 up, and while their application dropped after the interval, there was still time to seal an emphatic victory.

Naturally, it was Dhanda who got Liverpool back on track, benefiting from a brilliant pass from centre-back Kane Lewis before finishing coolly when one-on-one with the goalkeeper.

And Matty Virtue, who signed a new contract with the Reds in March and trained with the first team earlier in April, capped the win with his second goal in as many games, hinting at a bright future.

The U23s will play either Blackburn Rovers or Fleetwood Town in the final, with the two sides set for their semi-final on May 2.

Meanwhile, their final Premier League 2 game of the season comes away to champions Everton on May 8.