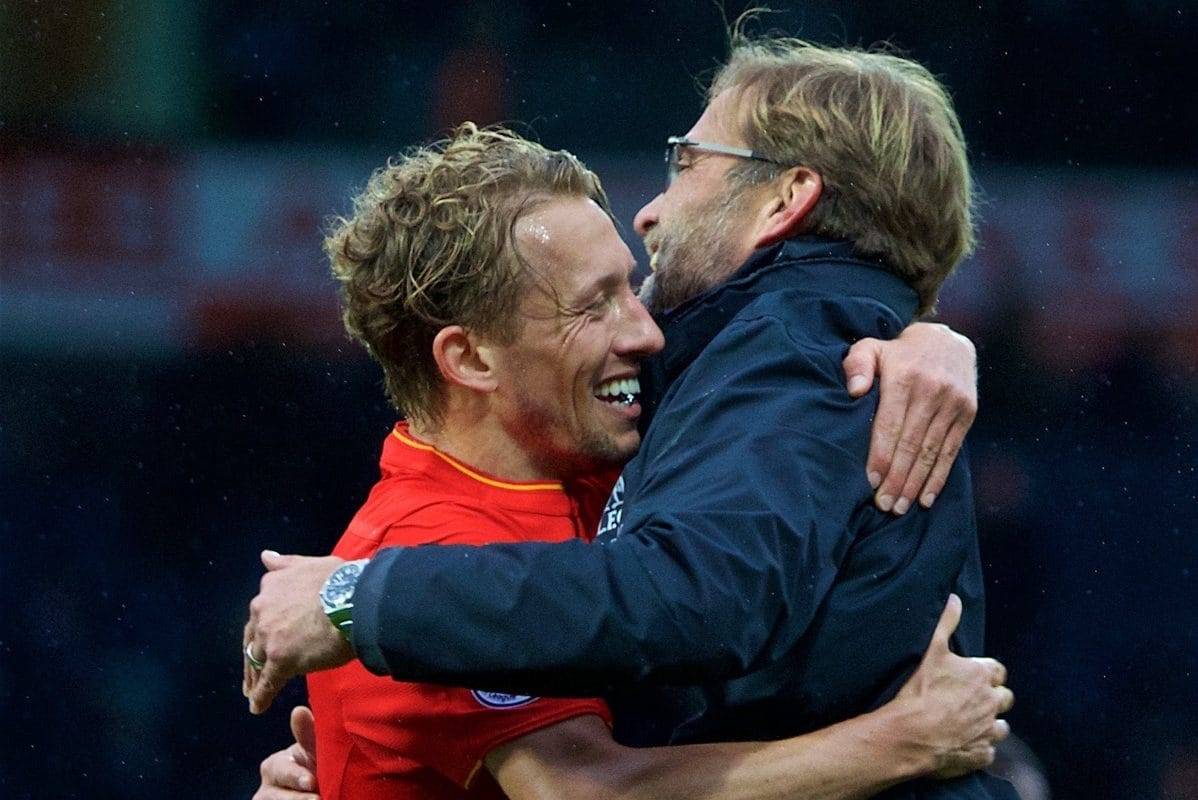 Lucas Leiva has labelled Liverpool’s win over West Brom on Sunday as “massive”, as the Reds took a giant step towards Champions League qualification.

Liverpool battled their way to a vital three points at the Hawthorns, beating the 1-0 thanks to Roberto Firmino‘s first-half header.

As was the case at Stoke City last weekend, Jurgen Klopp‘s side got over the finish line without ever being at their best, outlining an improving mental strength.

Lucas couldn’t hide his delight at such a big victory, feeling the win over Tony Pulis’ side was fully merited.

“I think it’s a massive result for us,” Lucas told Liverpoolfc.com.

“We know how difficult it is to play West Bromwich Albion away from home and I thought we defended really well, we kept a clean sheet and we won the game.

“It’s a good day, we controlled the game, we had a few chances at the end of the game and we deserved to win it.”

One of Liverpool’s heroes on the day was Simon Mignolet, who repeated his Stoke heroics with an excellent second-half save to deny Matt Phillips.

Lucas heaped praise on his teammate for his recent performances, and also spoke about how well the Reds dealt with West Brom‘s set-piece threat.

“Simon is a top goalkeeper and a top professional who works very hard every day,” he added.

“Of course, during the season sometimes you get criticism but you just have to keep working and keep believing in your qualities, and for sure when we need him he is always there.

“Simon made a good save from one of their counter attacks but I thought we controlled the game very well, we were patient and I thought our defending from set-pieces was very good today.

“We’ve been working hard [on set-pieces], not just this week but throughout the whole season.

“We know we always can improve and I think today was another step forward in the right direction, especially our defending and of course our goal from a set-piece is always very welcome.”

Sunday’s victory was so encouraging, not necessarily because of the performance, but for the way in which Liverpool earned their win.

They have been deservedly criticised in the past for failing to win ugly, but they have now done exactly that in successive weeks, at tricky away grounds.

Klopp’s men have won five of their last seven matches, and are unbeaten since the 3-1 defeat to Leicester City on February 27.