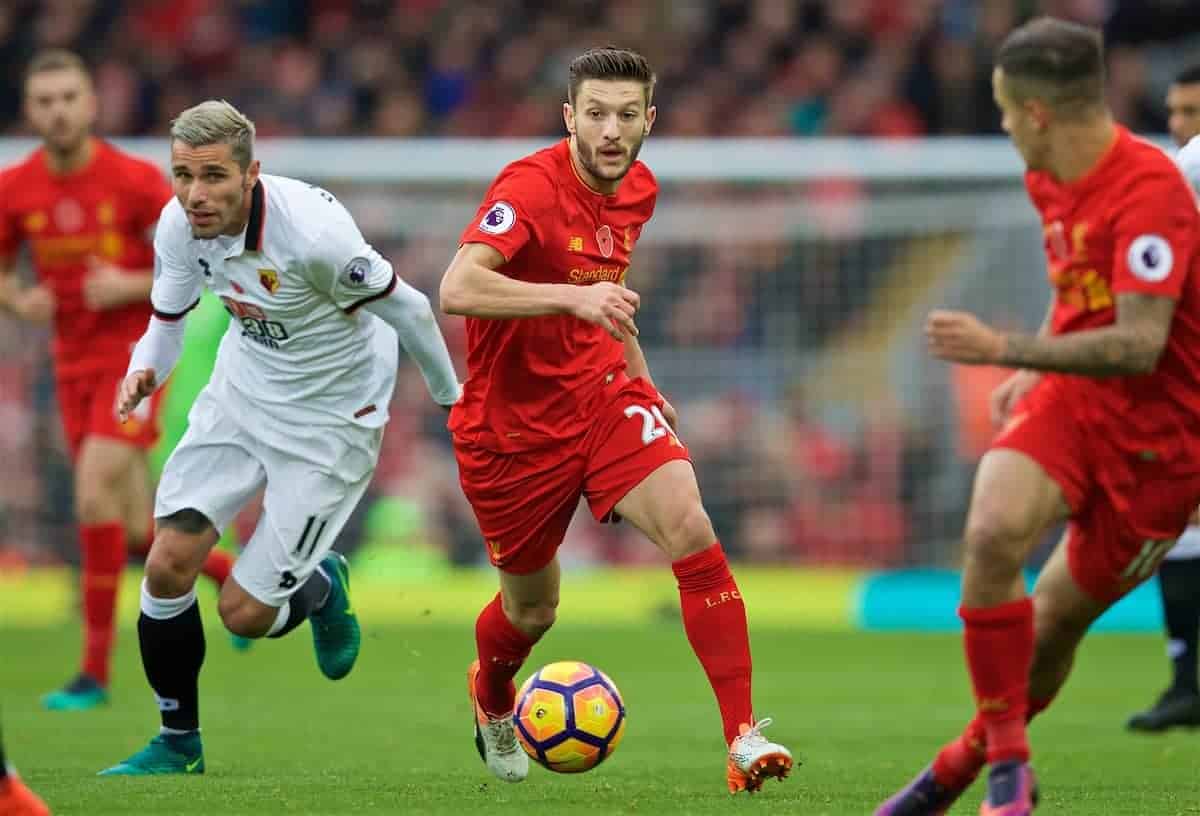 Liverpool travel to Watford on Monday night looking to return to form, as they bid to restore their Champions League hopes with four games to play.

After suffering a demoralising 2-1 defeat at home to Crystal Palace last time out, the Reds are in need of a response.

Their opposition on May Day comes in the form of Walter Mazzarri’s mid-table Watford, who welcome Liverpool to Vicarage Road on the back of a loss of their own, having fallen 2-0 away to the relegation-battlers Hull City last time out.

Jurgen Klopp will be hoping the Hornets suffer from complacency having reached the fabled 40-point mark, but the visitors can’t take anything for granted in Hertfordshire.

Last time the Reds took on Watford, a 6-1 victory at Anfield sealed their place at the top of the Premier League; now, they are left battling for a top-four finish.

Having endured something of a fall from grace, Liverpool can still look to finish their season positively, and Klopp will expect three points on the road on Monday night.

With both Manchester clubs failing to win on Sunday, and Arsenal losing at Tottenham, Liverpool’s top four hopes are back in their own hands – they simply cannot afford another slip up here.

Klopp was given a major boost in the buildup to Monday’s clash, with both Adam Lallana and Daniel Sturridge returning to full training on Friday afternoon.

The England duo have recovered from thigh and hip injuries respectively and will bolster the Reds’ squads, with Lallana the more likely to start.

Jordan Henderson is still ruled out, however, along with Sadio Mane and Danny Ings, with the captain likely to join the pair on the treatment table for the rest of the season.

Roberto Firmino has been undergoing an individual training programme to avoid long-term fitness issues, but there is no indication the No. 11 is struggling with any injury.

Mazzarri is expected to be missing defender Craig Cathcart, while Valon Behrami is still a doubt to start despite being named in the past two matchday squads.

Otherwise, Watford will prepare for Monday lifted by a clean bill of health. Speaking at Melwood on Thursday, Klopp praised Watford‘s improvement but insisted Liverpool would have the right game plan.

“Since November a lot of things have changed at Watford, the style of play has changed,” he said.

“They have developed into a good football-playing side, with really good results in the last few games.

“But we are not there to praise their skills, we go to there to fight them, to give our best.

“We know how to play deep defending teams, but you have to accept you won’t have 20 [chances] at Watford.

“I’m really happy about the week so far, the reaction how it always is [after Palace], immediately focused on the next game. From this point of view I’m positive.”

Watford vs. Liverpool is part of Sky Sports’ Monday Night Football, with coverage starting at 7pm (BST). Kickoff is at 8pm.

You can follow the action with us live from 7.15pm, with Henry Jackson manning the live blog to bring you minute-by-minute updates throughout the night.