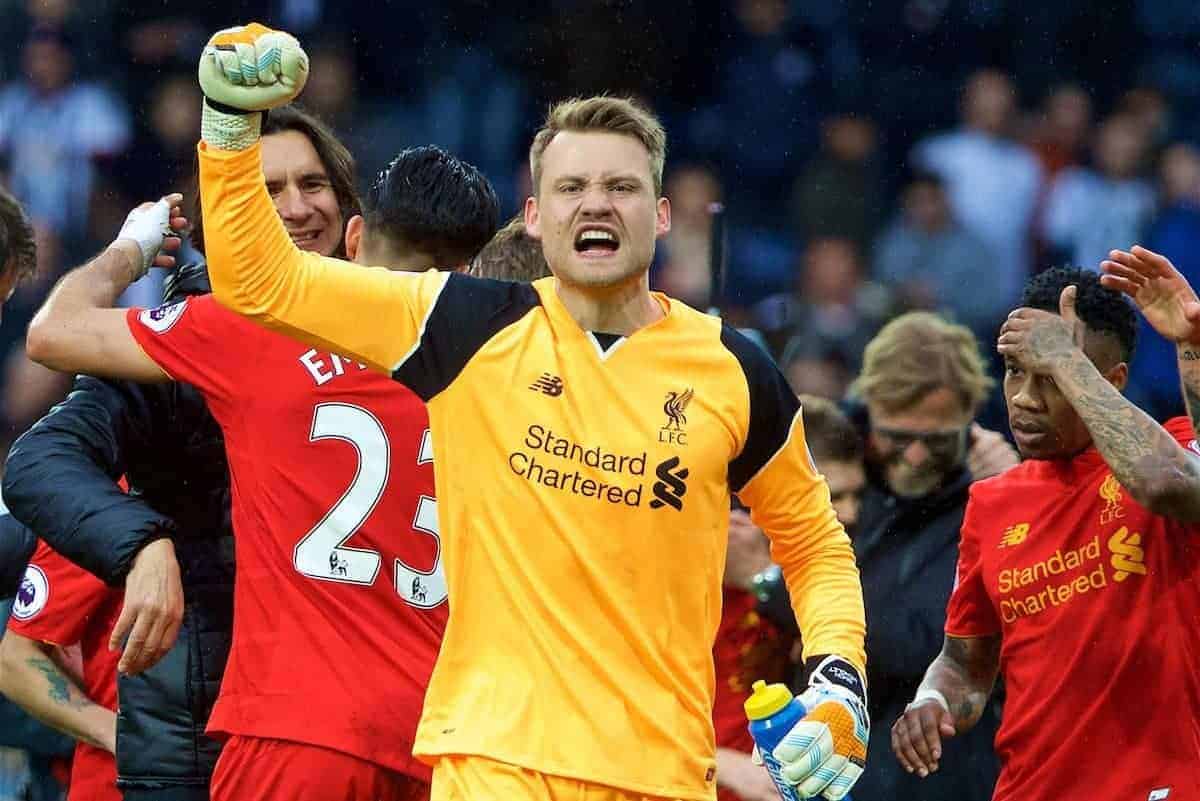 The media praised Liverpool’s character and defensive improvement as the Reds ground out another ugly win with a narrow 1-0 victory over West Brom.

Jurgen Klopp’s side gave another timely demonstration of their ability to win ugly by grinding out a priceless three points at the Hawthorns.

Roberto Firmino’s header on the stroke of half-time proved enough to earn all three points, and give Liverpool a first ever Premier League win against a Tony Pulis team away from home.

It was far from a vintage performance from Klopp’s team, who were forced to stand tall against a typically physical Baggies outfit and dig deep for victory.

But with points far more important than performances at this stage, Klopp will be delighted by the way his side stood up to the challenge, with a big collective effort from back to front ensuring of an invaluable win.

Here’s how the media assessed the narrow but deserved success.

Post-match reports featured plenty of praise for the way in which the Reds have rediscovered how to win ugly with perfect timing, and especially for doing while sealing back-to-back wins on the road.

The Independent’s Simon Hart felt the Reds won in an “un-Liverpool-like” manner:

The Hawthorns on grizzly Sunday afternoon is not where you want to be going with the likes of Manchester United and rivals Everton breathing down your neck for the top four.

But Klopp’s men stood up to all that was thrown at them and won with a goal from a set-piece, something very un-Liverpool-like of late.

The Liverpool Echo’s James Pearce praised the Reds for rediscovering how to win ugly while missing several key players:

They have rediscovered the art of winning ugly.

The fact that they have done it without three mainstays of the side in captain Jordan Henderson, Adam Lallana and Sadio Mane makes it all the more impressive.

Writing for Goal.com, Melissa Reddy thought the manner of the win made success sweeter:

The result provided the visitors with their first clean sheet since the 2-0 victory over Tottenham on February 11 and, given there had been so much focus on West Brom’s lethalness in the air and from set-pieces, it made the manner of the decisive goal all the more enjoyable for the Reds.

Pearce feels Klopp’s side have silenced critics with back-to-back ground out wins:

This is a squad which has stood accused of lacking the stomach for a fight when they come up against the Premier League‘s lesser lights.

But they have silenced that talk emphatically with gutsy back-to-back away victories at Stoke and West Brom.

The Mail’s Laurie Whitwell noted how the “character” of the win will boost confidence for the rest of the top-four race:

The character of this 1-0 win fuels that belief.

And Whitwell now believes Liverpool are closing in on a successful first full season under Klopp:

Gaining a place in Europe’s elite competition for the first time since finishing second under Brendan Rodgers would make Klopp’s full-season debut a success and results at places like the Hawthorns are often the watermark.

Reporters commended the work put in by Klopp and his team, with certain journalists assessing how the boss got his preparation and tactics right, and how the players executed those plans on the pitch.

David Usher, for ESPN, was impressed with how Liverpool dealt with West Brom’s set-piece threat:

Having reportedly spent a lot of time this week working on defending set pieces, Jurgen Klopp must have been delighted with how his side responded to the challenge posed by West Brom.

Liverpool did well to keep the corner count down and those they did concede were dealt with comfortably enough.

The BBC’s Mike Whalley was particularly impressed with how the Reds’ dominated midfield:

What was particularly impressive about Liverpool, though, was their midfield domination, which restricted the home side to just a handful of efforts at goal.

Lucas, Georginio Wijnaldum and Emre Can were key to keeping West Brom at bay, and ensured a win that keeps Klopp’s side well on course for next season’s Champions League.

From an alternative tactical viewpoint, This Is Anfield’s James Nalton thinks playing Firmino on the right could provide a solution while being without Sadio Mane:

This could explain the slow start, but in deciding to play Firmino from the right the manager could finally have found the solution to a Sadio Mane-less forward line.

9 – Prepared his team well through the week and his starting lineup and substitutions proved to be the right calls. A good day for Klopp and his team.

Reporters praised Liverpool for a solid collective performance as the team dug deep for victory, but also offered verdicts on which of Klopp’s players shone at the Hawthorns.

Firmino was at the heart of their attacking verve and defensive diligence. No player created more chances than the 25-year-old and none topped him for ball recoveries. He led the way in take-ons and won 64% of his duels.

The 1-0 victory offered the perfect snapshot of how intelligently Firmino applies his attributes for Liverpool.

Usher praised Emre Can, and thinks the German has been the Reds’ best player recently:

Produced another powerhouse performance and seemed to relish the physical battle against one of the Premier League‘s most robust teams. Was good on the ball and even better without it and has been Liverpool’s best player over the past month or so.

Reddy commended Can for the way he has stepped up in the absence of Jordan Henderson and Adam Lallana:

Emre Can, meanwhile, continued his assertiveness in the centre of the park. The midfielder has contributed massively to his club’s seven-game unbeaten run, helping to negate the absence of Jordan Henderson and Adam Lallana.

The sooner discussions are concluded over a new contract the better. A compromise must be found. Liverpool and Can need each other.

At the age of 23, he would be foolish to look elsewhere. He’s in the best place and working for the best manager to continue his development.

The Telegraph’s John Percy praised Simon Mignolet, and feels the Belgian’s recent heroics could prove crucial come the end of the season:

Mignolet will never completely shake off his critics yet his save here, and one at Stoke the previous weekend, could prove vital when Klopp assesses the final months of the campaign.

Once again the Belgium international silenced his critics and proved that Klopp doesn’t need to buy a new No 1 this summer.

But anybody questioning the worth of knowledge need only look at the performances in recent weeks of Lucas Leiva.

When called upon, whether it be at centre-back or, as here, in his more accustomed central midfield role, the Brazilian has done a job. You know what you’re going to get.