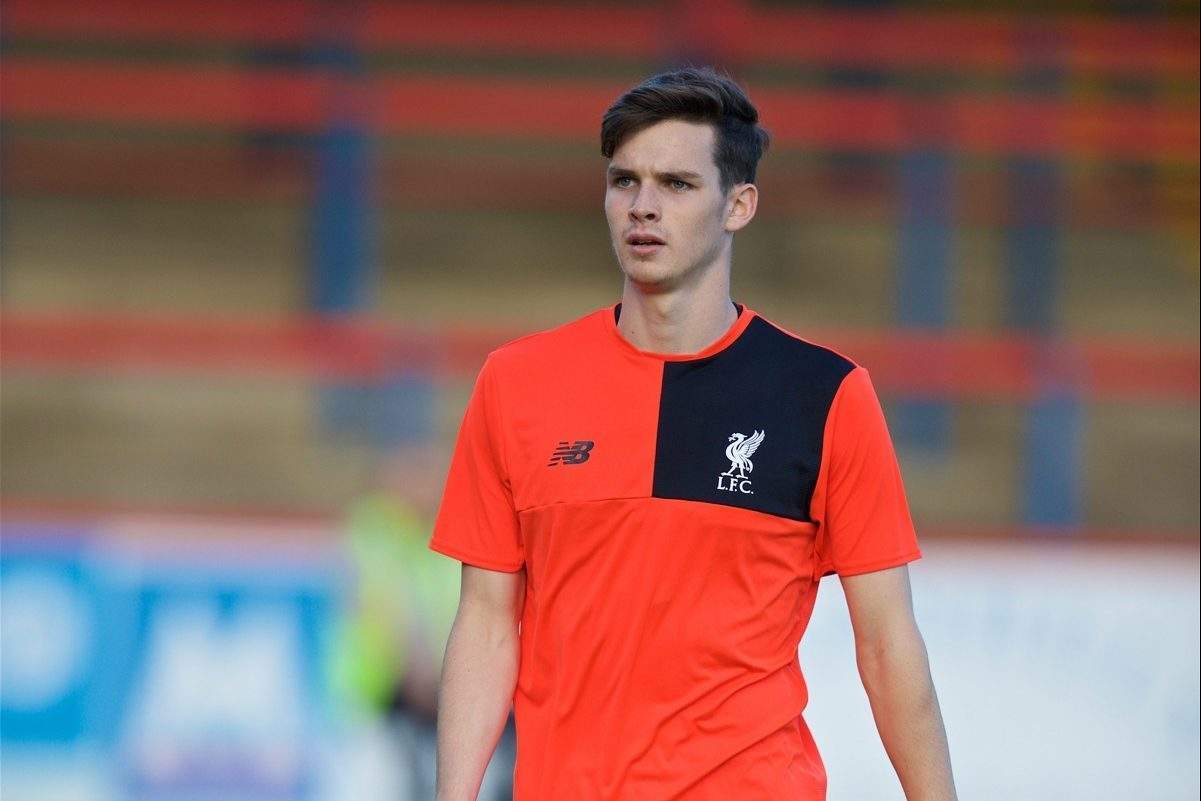 Liverpool Under-23 defender Sam Hart is following Steven Gerrard’s advice to work hard and not rely purely on talent.

To that end he thoroughly enjoyed a loan spell with League One Port Vale in the first half of the season – even if he was welcomed to the club by being kicked around the training pitch.

A managerial change and relegation pressure saw the 20-year-old’s spell cut short in January, but he returned the club’s academy – where Gerrard is now a coach – and is now trying to force himself into Jurgen Klopp‘s pre-season plans.

“Just having him around for him to share his knowledge about the game,” said Hart on the benefit of having Gerrard on the coaching staff at the club’s Kirkby base.

“He was an unbelievable player, but now he can share his knowledge with the youth team and the U23s.

“Obviously he’s got a really clear mind about what he wants in a player as well.

“I heard an interview where he said he doesn’t like talent, he just wants people to work hard every single day and they’ll get the results.

“Now we’ve got to learn off him in different ways.” Hart believes his stay at Vale was a valuable learning experience as it helped toughen him up.

“I remember on my first day we did a little possession exercise and four players came after me trying to kick me,” said the left-back, ahead of Liverpool’s final Premier League 2 match of the season at home to Manchester City at Tranmere’s Prenton Park on Monday.

“That is one of the days I like when it gets scrappy and I like the tackles so I fitted right into it.

“I was competing with another lad for the left-back spot and my sole thing was to play games and get ahead of him and I did that.

“Men’s football is a lot different because they are playing for their livelihoods, but it is what I needed and I think I learned a lot from that.

“I came back here a lot more mature having learned a lot more from playing with those kinds of people.”