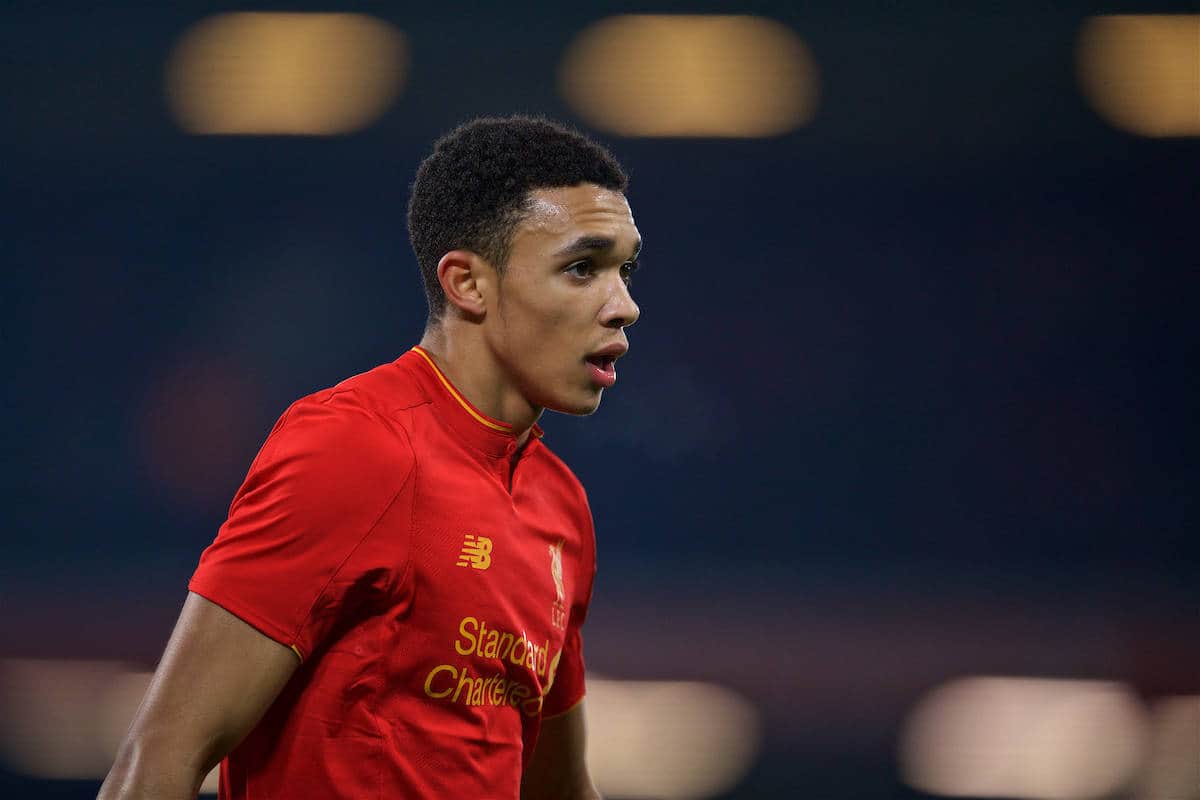 Liverpool youngster Trent Alexander-Arnold is set to miss the European U19 Championship this summer, in order to focus on pre-season training.

The 18-year-old played a key role as Keith Downing sealed qualification for the tournament in Georgia, which runs from July 2 to July 15.

Alexander-Arnold scored three goals in three games for the Young Lions, despite operating as a right-back.

But while Downing will likely have hoped to harness Alexander-Arnold’s talents and push for victory at the U19 Euros, he will now be forced to plan without him.

According the Telegraph, Alexander-Arnold and his Everton counterpart Tom Davies will not take part following talks with the FA.

This is due to their increasing importance at club level, with Jurgen Klopp eager to retain Alexander-Arnold for the duration of pre-season.

With no senior international tournaments to be held this summer, the German will be looking to call upon the majority of his first-team squad for a productive summer of training.

And Alexander-Arnold is set for a heavy focus in this, with his role in the Liverpool squad only expected to grow.

This will also, in theory, avoid the risk of further injury ahead of the 2017/18 campaign, with Klopp and his medical staff able to keep an eye on the fitness of his squad. One key example of the issue with performing at youth international level during pre-season came last summer, with one of Alexander-Arnold’s academy team-mates.

Sheyi Ojo spent the summer with the England U19s at the same tournament in Germany, and joined up with Klopp’s squad at their United States training camp immediately after.

But turning down the offer of an extended holiday, Ojo swiftly picked up a back injury, keeping him out of full training until mid-November.

The 19-year-old is still yet to feature in the Premier League this season, with his only two outings coming against Plymouth Argyle in the FA Cup third round, after making 11 appearances last term.

Ojo’s development has undoubtedly stalled due to a summer overload and, as a result, an untimely injury, and the likes of Harry Wilson and Ben Woodburn are now ahead of him in the pecking order.

Klopp will be looking to avoid this with Alexander-Arnold, who has surpassed expectations in his first season in the Reds’ senior setup.

Alexander-Arnold has made 10 appearances for Liverpool so far this season, including five in the league.