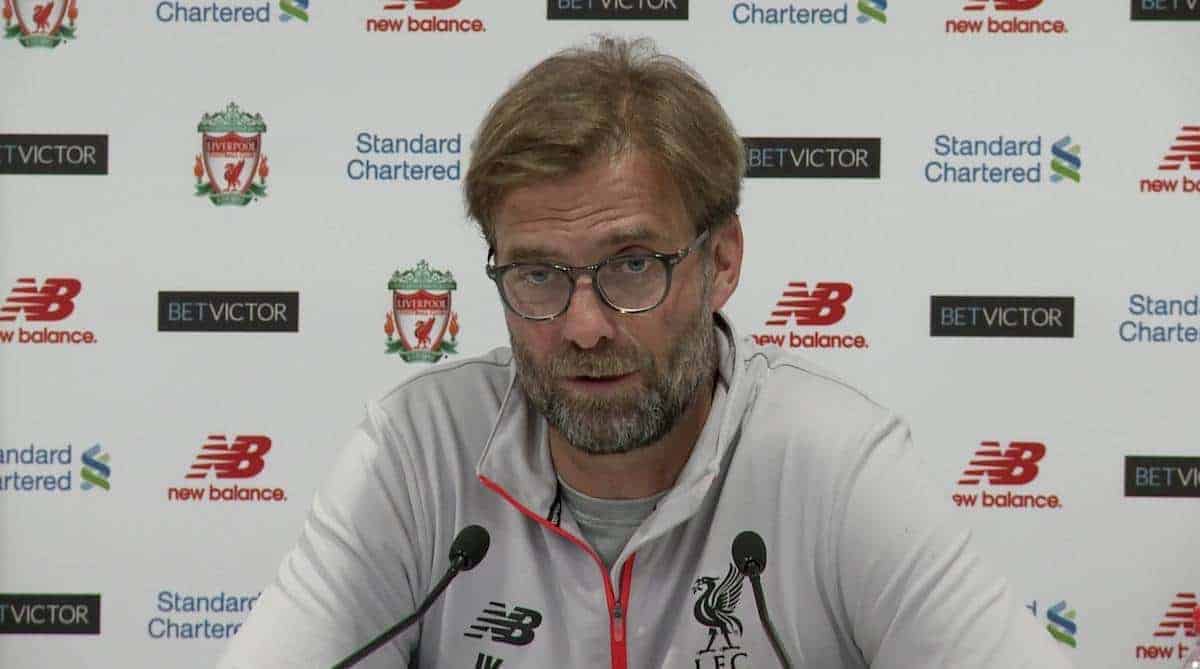 Watch Jurgen Klopp speak to the media after Liverpool’s 3-1 win over Everton in the Premier League.

The Reds completed a Merseyside derby double thanks to goals from Sadio Mane, Philippe Coutinho and Divock Origi, but an injury to Mane in the second half did put a slight negative on the day.

Klopp was understandably pleased with the win and performance, saying: “Today we played a really good game, almost perfect, then you lose Sadio Mane.

On Mane’s injury, the manager said: “It doesn’t look ready for Wednesday. Hopefully it’s not too serious. We will see.

Asked what the injury is, Klopp said: “I don’t know exactly, don’t want to speculate. Doesn’t look like it’s just a knock. It didn’t look like he felt comfortable.”

The win leaves Liverpool third in the table, seven points ahead of Man United – who have three games in hand though.

On that top four race, Klopp said: “My boys showed again that we are ready to fight for everything. Hopefully we can stay in this optimistic moment.”