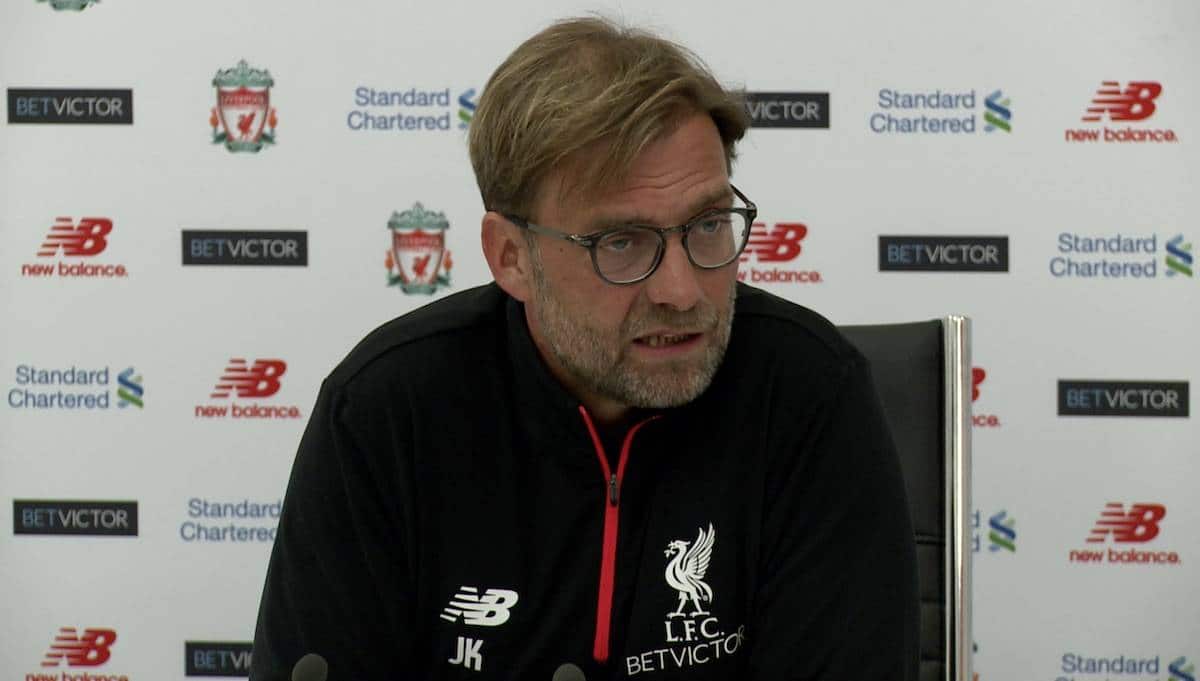 On Lovren’s new contract, Klopp claimed: “If Dejan played for another club you would think about signing him. It would be a big number (to sign him).

“He’s physically strong, quick. Sometimes his decision making could be better, nobody out there is perfect.”

Klopp said that the “reaction in training this week was good” following last week’s defeat at home to Crystal Palace.

Asked what he learned from that loss, he said that “we struggle when we lose lots of players due to injuries,” adding that “we created a squad for this season, it’s pretty unlucky that there are injuries at the same time.”

On Gerrard, Klopp said: “[The] best news. It was pretty clear he wants to be a manager in the future. He has all he needs to be a good manager.

“Not all former world class players are ready to do this. When I saw the excitement in his eyes I was happy about giving him this opportunity.”

There was better news on the injury front, with Adam Lallana and Daniel Sturridge returning to team training on Friday.